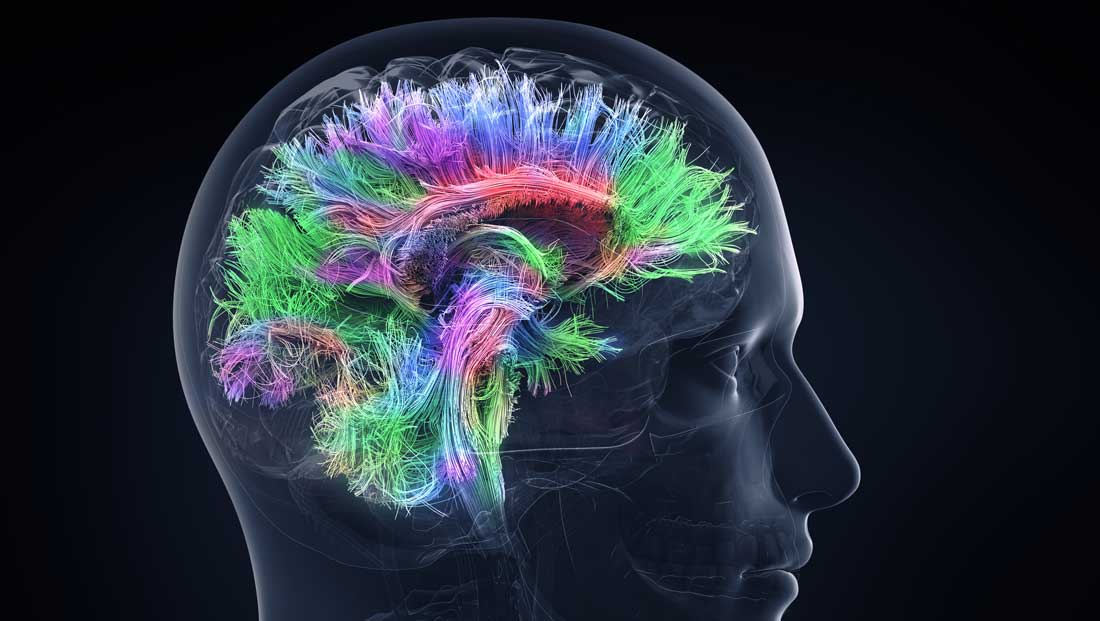 Neurons love company. Our thoughts, feelings, and actions arise in the passage of electrical signals from one to another. On a larger scale, neurons link up in complex structures all across the brain.

The human brain is, in other words, a network of networks; an intricate, integrated system that coordinates operations among billions of units. From simple sensorimotor functions like color perception or the movement of a finger, to complex cognitive operations that balance memory, moral judgment, and imagination, mental life grows out of connectivity. With appreciation of its role in brain function, and ever-evolving technology to illuminate its complexities, connectivity has become a focus of neuroscience research.

Modern notions of connectivity are rooted in opposing, centuries-old theories of the relation between brain structure and function: 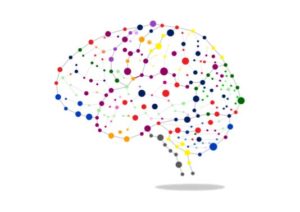 Locationalism assigns brain functions to well-defined parcels of the cerebral cortex. According to the theory of phrenology, capacities like love, curiosity, and self-esteem are determined by the size of corresponding cerebral segments, which may be deduced from bumps on the skull.

The holistic or equipotentiality theory holds that mental phenomena are generated by the whole brain, so attempts to equate function with region are inevitably misleading.

These views started to converge in the 19th century with discoveries like Broca’s and Wernicke’s identification of language centers located in the left hemisphere but linked to other parts of the brain, and the widely distributed systems involved in memory.

The vision of the brain as a multilayered web has led to the pursuit of the connectome, a detailed map of the brain’s wiring.

The term was coined as an analogy to the genome, a blueprint of an organism’s genes. Like the genome, this concept has inspired a major, federally-funded research initiative: since 2010, the Human Connectome Project has gathered and made available researchers’ data representing our collective knowledge of the brain’s organization.

The connectome is best understood on levels of scale. Microscopically, it’s a fine-grained network of billions of neurons, each connected to perhaps 10,000 others. On intermediate levels, assemblies or columns of connected neurons are organized into structures that function together, such as the auditory cortex. At the highest level, these structures form an interlocking brain-wide web.

Structural connectivity refers to the networks that physically unite to make up the brain. The challenge of mapping billions of interconnected neurons is daunting, but advances in electron microscopy, the use of fluorescent proteins to light up neurons in a “brainbow” of color, and sophisticated computational systems point toward progress. On a larger scale, magnetic resonance imaging (MRI) techniques like diffusion tensor imaging (DTI) detail white matter pathways—bundles of axons that communicate between brain areas the way fiberoptic cables transmit information. These include tracts like the corpus collosum, which connects the right and left hemisphere, and the arcuate fasciculus, which links parts of the cerebral cortex.

Functional connectivity characterizes how brain regions work together. Researchers infer this web of interactions by analyzing functional MRI and electroencephalogram (EEG) patterns in the brain at rest or while subjects perform various tasks. Such studies illuminate the neural choreography behind operations as simple as identifying odors and as complex as moral judgment.

A Work in Progress

Connectivity changes over a lifetime. The Human Connectome Project is gathering data for the prenatal and newborn period, in infants age 0-5 and children 5-21, and, to illuminate aging, in adults from 35 to 100.

Change is most dynamic in the first decades of life. Neuron connections grow into a dense underbrush in infancy. Then synaptic pruning thins them out, sculpting circuits essential for normal function, while myelination—an insulating fatty sheath that grows over axons—stabilizes communication within and between brain regions.

DTI studies suggest that white matter development in infants can predict their reading ability when school-aged. From childhood through adolescence, enhanced connectivity strengthens the higher brain’s control over behavior. 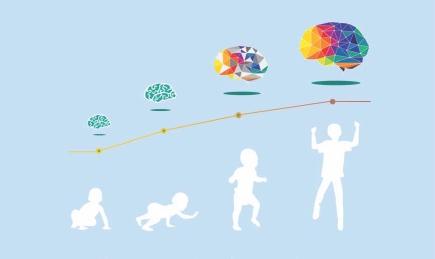 Certain neural circuits can only be shaped properly within a limited timeframe. Cortical areas governing sight must be stimulated visually early in life for the eyes to focus accurately. Fine-tuning of motor, language, and cognitive systems must occur in a timely fashion. After anatomical and chemical changes end these “sensitive periods,” it becomes much harder for connection patterns to evolve.

Research suggests that these braking mechanisms may be partially overcome, however, possibly with drugs (e.g. antidepressants), physical exercise, and environmental stimuli.

Modifications in connectivity continue throughout life. When we learn, remember, and form habits, existing synapses are strengthened or weakened, and new ones created.

The Connected Brain in Sickness and Health

Analyzing connectivity has yielded insights into the neural processes behind everyday life.

It has increased understanding of complex mental phenomena like the response to music (even suggesting why classical, country, and rock music affect us differently).

Studies that delineate connections involved in reading help explain difficulties like dyslexia. IQ may reflect the density of links among higher brain regions.

Connectivity offers a window on mind-body interactions. Recent research, for example, associates obesity and overweight with changes in functional connectivity among brain areas that respond to internal states (such as hunger and concern for health) and to external stimuli like the sight and smell of food. This may help explain the problems some people have controlling food intake.

There is substantial evidence that pathological processes behind certain psychiatric and neurological disorders don’t involve single regions, but far-flung networks. Excessive connectivity, for example, apparently plays a role in autism, seizures, and schizophrenia. In the latter, abnormal interaction between language and auditory regions may help explain “voices.”

Researchers are now looking closely at genes that influence connectivity. One striking study demonstrated how a gene associated with schizophrenia might dramatically alter the brain through reduced synaptic pruning. From a fuller understanding of such links may come better diagnosis and new treatments for the brain’s disorders.