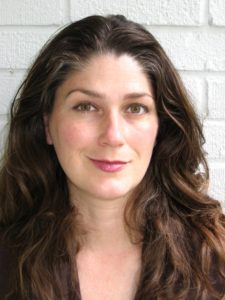 When R. Alison Adcock tells people she studies the brain and conation, they often reply, “Wait, do you mean cognition?”

Her choice of word is no slip of the tongue. Conation is the mental faculty driven by purpose and volition. And much like emotion, it has the power to shape the way we perceive and interact with the world around us—as well as determine the things we learn and remember. Her laboratory studies how states like desire and curiosity can facilitate so-called “motivated memory,” or the way the brain selectively encodes the memories that are of the most value to us.

What makes us curious? What makes us play with our environment and investigate it? Why are some people more curious than others—and why does my own curiosity wax and wane over time? These are questions I’ve been curious about from the very beginning of my career as a researcher and thinker. My parents would even tell you I’ve been asking these questions since I was four. So, by the time I got to college, I was really interested in how we learn and how curiosity drives us in one direction or another.

What are some of the challenges of trying to study something like motivation?

When you talk about motivation with respect to another person or another creature, you’re really making a guess about what is actually motivating them from their behavior and the environment. We humans can say what we think we’re motivated by, but we’re actually not good reporters of it. The idea that we can get a read-out from a brain system that’s involved in producing motivation is helpful. It gives us—not a true index of motivation, obviously—but a reliable, direct report that you don’t have to interpret.

Here are networks, made up of regions like the ventral tegmental area (VTA) in the midbrain, and ventral striatum, or the amygdala and bed nucleus of stria terminalis, which can act as an indices of motivation. And these systems, as well as their interactions with the prefrontal cortex, hippocampus, and medial temporal lobe, produce the affect, the motivation, and the behavior. And it’s either on or it’s not. We use blood oxygenation level dependent (BOLD) imaging to study these systems—and there are some nuances in how we interpret what we see. But it’s still an index that tells us something is happening in the brain and you don’t have to rely on a guess or someone’s self-report to see if the external world is having the impact you expect. I find that really reassuring. And one of the things that has felt most productive from our work is evidence that rewards mean very different things to different people—and we can see that in how their brains respond.

Tell me more about these individual differences.

Some people’s brains respond to monetary rewards and other things that look good in a stereotypical way. But others respond to those same rewards with what looks more like fear or anxiety—those people don’t benefit from rewards for learning in the way that others do. That’s pretty relevant to many realms of human education and growth. We just have to figure out how to really map this on to processes that we can tame and implement in real world settings.

Speak to neuroscientists and educators and they emphasize the importance of curiosity and self-motivation to success in school. How can your work help us facilitate that?

The challenge, always, is to figure out an incentive structure that gets kids focused on the activity without them trying to game the system and only work for external rewards. That’s the problem with extrinsic rewards. And that’s really the focus of my laboratory right now: to answer the question of what circumstances produce curiosity and to see if we can teach people to generate that state for themselves. From what we understand about the brain systems for motivation, you can’t be afraid, you can’t be anxious—because anxiety systems really clamp down on curiosity and produce stereotyped, rapid, simple responses that short circuit the kind of playful curiosity we’re so interested in facilitating in education and in therapy, too.

But I think it starts with creating playful reward anticipation. And even before that, creating a place where people feel safe and valued—not tense and worried. All those pieces have to be in place. We can put puzzles in front of people, but if they aren’t orienting to them in this affective motivational state, it’s not going to work. So we can’t just look to rewards—but the brain state that precedes the activity and fuels that curiosity. For example, if you give a child M&Ms for violin practice, they can’t be contingent for some particular behavior. If they are, what you’ll get is more of that specific behavior, which is not necessarily going to induce exploratory behavior. You could give M&Ms before or after violin practice, no matter how well it went. It might work, but the tit for tat of reinforcing violin is probably not going to inspire the playful attitude you want either.

And we see that punishments are even more problematic. The comparisons between reward and threat motivators show that threat motivators are likely to impair learning—and that has great implications for many educational strategies like high-stakes testing. Motivation, whether it’s positive or negative, has profound impact on what happens in the classroom. We’re still trying to understand all the ways that these states can influence the way students learn, and ultimately extend these insights to other learning contexts like psychotherapy and behavior change.

How do you think your work helps us better understand how memory works as a whole?

There has been this long-standing idea that the brain is like a computer and memory is a record of everything that goes on around you. People talk about memory like it’s a tape recorder. But, of course, we know that people remember some things better than others. So the mystery, for me, has always been what things? Why? Cognitive psychologists are very focused on the characteristics of the things. Is it memorable? Is it distinct? Is it uncommon? These features can produce memory formation. But we know that can’t be the whole explanation. You give the same kids the same things to learn and some kids will remember more than others. Some will remember different things than others.

Our work suggests that the motivational systems prime the hippocampus to record what’s important. And it’s a powerful explanation for why we remember what we do. It’s a brain state that makes us more receptive to incoming information. We have seen that different kinds of memories are formed from what is, externally, the exact same stimulus. The behavioral demands of the task are exactly the same. But if we alter the motivational state of the brain, we see that emotion and motivation are not just filtering memory to say what’s remembered and what’s not. They also shape the structure, the form of the memories, to enhance behavioral responses when you encounter similar situations in the future.

What results from your studies have most surprised you?

It was surprising that we saw so much variability in the way people respond to rewards—and that some people responded like we were threatening them with an electric shock when we promised them money for doing a maze. Laying it all out in the brain systems made it clear that individual differences in motivation aren’t just rhetoric. It showed that how people were being driven really determined how well people learned. Those results drove a lot more questions about how important it might be to flesh this out more fully—because the implications for so many different fields of human endeavor are so obviously affected.

We’re now working on a series of studies where we’re asking people to try to generate these motivational states on their own. We simply asked people to just envision a motivated state. We gave them a few examples, like a coach saying encouraging words or a physical triumph of some sort, but we really left it up to the participants to find imagery that worked for them.

I thought that we could just ask people to do this because they are so good at gearing up to get things done, especially in an academic setting. I thought they would do this pretty reliably and we’d see this in the BOLD activation in the midbrain, where the dopamine neurons reside. But when study participants were asked to do this, it was pretty unreliable. Some people were able to activate this brain system, others couldn’t. But then we gave them feedback on different techniques that might work—and showed them their activation in the midbrain. At the end of 20 minutes, people were able to activate the system with that feedback. So the surprises there were two-fold. One, people weren’t better at motivating themselves. Second, they could use our feedback to select strategies and do it better with no external stimuli. Those are fun outcomes with a lot of different implications.

There are so many circumstances in which we have to self-motivate and get things done. It’s easy to think about this as intrinsic motivation—but that implies doing something for the enjoyment you get out of the activity. This is more deliberate and volitional. We could perhaps use this to see if we can enhance learning in the same way that curiosity and other types of motivation do, by increasing encoding by hippocampal networks and cortical representations in long-term memory. But, in addition, because this sustained activation of the motivational system is closely related to pathological states like attention deficit disorder and addiction, there’s the possibility that training someone to maintain activation of this system could be used as an alternate to some kind of pharmacological manipulation of the system. And, as a psychiatrist, I’m interested in whether engendering that kind of motivational state could enhance the progress of learning-based therapies, or what most people call psychotherapy.

So where do you take your investigations from there?

I’m very interested in how we can enhance learning. As someone who is interested in mental health, how can we take the behavioral learning-based therapies we use in mental health and make them work better? In many cases behavioral interventions are safer than drug interventions. Also, we will continue to think about how intrinsic motivation and curiosity help drive healthy growth and learning. Not just in developmental fields—because even adults need to feel like they have the power to manipulate their environments to behave more productively.