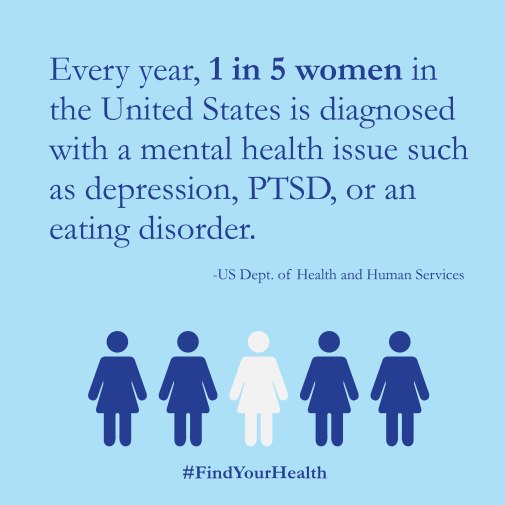 Yesterday marked the first day of National Women’s Health Week (May 12-18, 2019), and as such it is important to discuss the inherent gender bias in medical research and treatment and the ways in which the medical community are attempting to rectify said bias.

Many women, particularly women of color, often report feeling dismissed or undermined by medical professionals regarding a variety of physical or mental issues. This can and often does have dangerous consequences. Examples include how women of color are at least three times more likely than white women to die from pregnancy-related causes, and how women, in general, are less likely, in comparison to men, to survive a heart attack.

According to the “Women in Pain” survey conducted by National Pain Report in 2018, 65 percent of women patients felt doctors took their pain less seriously because they were female, and 84 percent felt they had been treated differently by doctors because of their sex. Many women would often report that they were told that their issues were psychosomatic or stress-induced, with many symptoms being chalked up to poor diet and exercise. While it certainly is possible for stress or anxiety to cause physical problems, that certainly is not the case every time—and even when it is, the underlying mental issues need to be taken seriously as well.

There are many diseases, particularly brain-related, that women are more predisposed to than men are. Women are at a higher risk for Alzheimer’s, stroke, autoimmune diseases, and dying from heart disease. They also suffer from higher rates of anxiety and depression and are more likely to develop eating disorders. With women experiencing so many physical and mental ailments at higher rates, the question of why their symptoms are taken less seriously by physicians is an ongoing issue.

Our Briefing Paper in 2017 pointed out that, up until very recently, most medical and scientific professionals were under the impression that only reproductive functions were affected by differing sexes. They believed that there were no fundamental differences between men and women when it came to the brain, heart, or anywhere else that was not classified as a “bikini zone.” As a result, male tissue, animals, and men dominated research and clinical trials. While we are now discovering that sex differences can and, often do, affect many parts of the body, it has also been discovered that they can affect the way symptoms of various ailments present. Since researchers and physicians tend to focus on men’s symptoms, women’s maladies would often be missed or brushed off.

Going forward, medical research and drug trials must include subjects of all genders and races to “ensure that the health of the United States is being served by supporting science that meets the highest standards of rigor,” as stated by the National Institutes of Health (NIH). In 2014, the NIH made a policy change that would include addressing all sex influences in all future research funded by the agency. In addition, Time’s Up, the organization focused on combating sexual assault and harassment in the workplace, launched an affiliate organization this year labeled Time’s Up Healthcare, which has the specific goal of ending gender and racial bias in medical research and care.

For more information on women’s health overall and on National Women’s Health Week, go to www.womenshealth.gov.