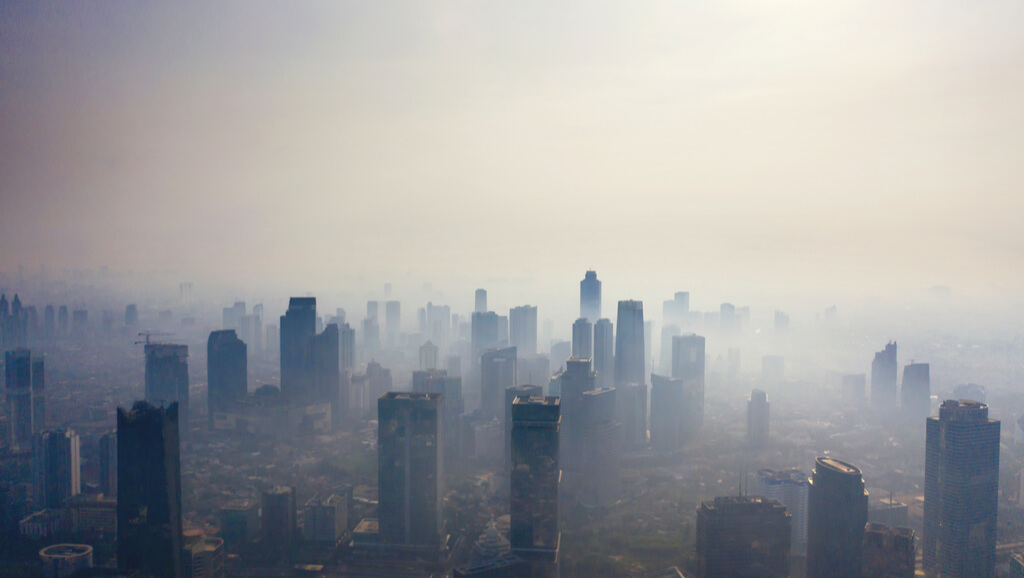 I live in Manhattan, and I’m holding my breath.

Evidence that air pollution can damage the brain along with the heart and lungs has been accumulating for years. In the past decade, studies have linked exposure to high concentrations of fine particles (<2.5µm) associated with combustion, in particular, to reduced cognitive function in older adults, and to MRI evidence of more “silent strokes” [See “Air Pollution Also Not Good for Your Brain”]. Recent research suggests that air pollution increases the risk of diabetes, which can have negative consequences for the brain.

The latest round of findings won’t have city dwellers breathing any easier. Over the past two years, population studies in Taiwan, Sweden, and Canada have drawn explicit connections between bad air and the end stage of such changes: dementia.

The most recent, an analysis of more than 3,600 older women across the US published in Translational Psychiatry, indicated that exposure to fine-particle pollution above Environmental Protection Agency standards nearly doubles the risk of a dementia diagnosis within the following decade.

Research into environmental risk factors for dementia has burgeoned in recent years, says Tom Russ of the University of Edinburgh. “It’s an area of growing interest, and continues to pick up momentum.”

A 2016 BMC Geriatrics review of environment-dementia research that Russ co-authored included air pollution on a “short list” of factors for which the evidence as at least moderate. “Studies are consistent: The effects are all in the same direction,” he says. “It’s plausible; we know that air pollution is bad, and it’s easy to think of mechanisms by which it might affect the brain adversely.”

A study just published in the Lancet is particularly compelling, with caveats. The data base was enormous: nearly all the adults, aged 20 to 50 and 55 to 85, who in 2001 had resided in Ontario, Canada, for 5 years or longer—6.6 million. The researchers found that those who lived close (within 50 meters) to a roadway with heavy traffic had a 7 percent greater risk of dementia, a decade later, than those who lived more than 300 meters away. For people who didn’t change their residence during the study, close proximity raised the risk by 11 percent.

“The risk was specific to dementia,” says Ray Copes, chief of environmental and occupational health at Public Health Ontario, and an author of the study. “We didn’t find any association with the other two neurological conditions [Parkinson’s disease and multiple sclerosis] that we looked at.

“The other important finding was a smooth gradient of risk: As you move closer to a major traffic artery— 100-200 meters, 50-100 meters, less than 50 meters—the risk increases continually.”

The connection to pollution was less than airtight, though. While increased concentration of airborne gases and particles is clearly a consequence of proximity to heavy traffic, it’s not the only one, Copes acknowledges. There’s also a gradient of noise, which has likewise been linked to cognitive compromise, and such location-linked factors as access to exercise and socioeconomic status that may play a role.

“We can’t say with precision that [the increased risk of dementia] is due to air pollution, or to one particular pollutant, but it’s a reasonable hypothesis,” he says.

To Lilian Calderόn-Garcidueñas, primary investigator at the Environmental Neuroprotection Laboratory at the University of Montana, “this paper is very important. It touches specifically on an issue critical in urban areas, from a medical point of view: a clear association between where you live and the risk of dementia. In a megacity, you’re never far away from high-traffic streets.

“It’s extremely relevant to us in daily practice,” says Calderόn-Garcidueñas, who is a physician as well as a researcher.

In themselves, population studies like the Ontario paper fall short of establishing whether and how air pollution connects to dementia, says Russ. “They look at a variety of air pollution measures, nitrogen oxides, ozone, particulate matter, which are more or less correlated but don’t have the same effect on the brain. It’s unclear which component might be involved.”

To clarify such issues, “a broad approach is needed… mechanistic work examining what pollutants can do [some leading contenders are neuroinflammation, oxidative stress, epigenetic changes, and neurovascular compromise], studies that characterize people, their residential histories and exposure throughout life,” he says.

“We know that neurodegenerative changes start decades before the clinical onset of dementia symptoms. We don’t know when air pollution exposure might be important. It might start off neurodegeneration, or play a role throughout the process,” Russ says.

Recent research suggests that the impact begins early. “I’m going 50 years before the clear-cut diagnosis of dementia, showing these changes are already present in children and adolescents,” says Calderόn-Garcidueñas.

She and colleagues have published research in this area for more than a decade, including papers in 2016 that showed changes in cerebrospinal-fluid biomarkers of Alzheimer’s risk (including concentration of amyloid-β and phosphorylated tau protein) in young Mexico City residents exposed to high levels of small airborne particles, compared with non-city children. In neuroanatomical and cognitive studies, “we’re picking up very subtle alterations in teens, in 9-year-olds” that seem to prefigure what is seen, in extreme form, in Alzheimer’s patients many years later, she says.

A 2016 post-mortem analysis found ultrafine particles (<100nm in diameter) of magnetite—highly magnetized iron oxide—in the brains of people exposed to high air pollution levels in Mexico City and Lancaster, UK. Their size and shape suggested they were products of high-temperature combustion, as might occur in an automobile engine.

“These smaller particles are more likely to get into the brain,” [possibly via the olfactory nerve] says Calderόn-Garcidueñas, who was also an author of that paper. “They may be involved in the production of free radicals.”

Magnetite was seen in brain of adolescents and children as young as 3 years, in the study. [A 2017 UNICEF report, “Clear the Air for Children,” said that about 2 billion children are exposed to hazardous air pollution levels; for 300 million of them, pollutants in the air they breathe exceed World Health Organization limits by six-fold.]

A Breath of Fresher Air

Although biological and epidemiological evidence linking airborne gases and particles to dementia is considerable, it doesn’t yet add up to a smoking gun, experts interviewed for this article agree. But it’s sufficiently strong to “make the argument that further control of air quality is desirable from a public health perspective, and that long-term exposure, not brief exacerbations, are what’s most important,” says Copes.

For urban planners, findings like his suggest that schools, homes, and offices might best be built at a slight remove from roadways, he says. “Relatively small setbacks make a big difference in the gradient of exposure.”  Buildings designed to be less permeable to pollution could offer another layer of protection.

Not everyone is equally vulnerable to pollution, Calderόn-Garcidueñas points out. “Many have factors of risk that accelerate the [neurodegenerative] process.”  For people who carry the APOE4 allele, the strongest genetic risk factor for Alzheimer’s, exposure may have heightened impact, she says. Cigarette smoking, female gender, obesity, and psychosocial stress appear to multiply the danger as well.

Air pollution is part of a bigger picture, Russ emphasizes. As more detailed data is gathered about environment, biology, and individual factors that converge in dementia risk, “we may move toward a personalized medicine approach to prevention,” he says.