Back to Parent Page
HomeArticlesBrain Awareness Week Reception at SfN 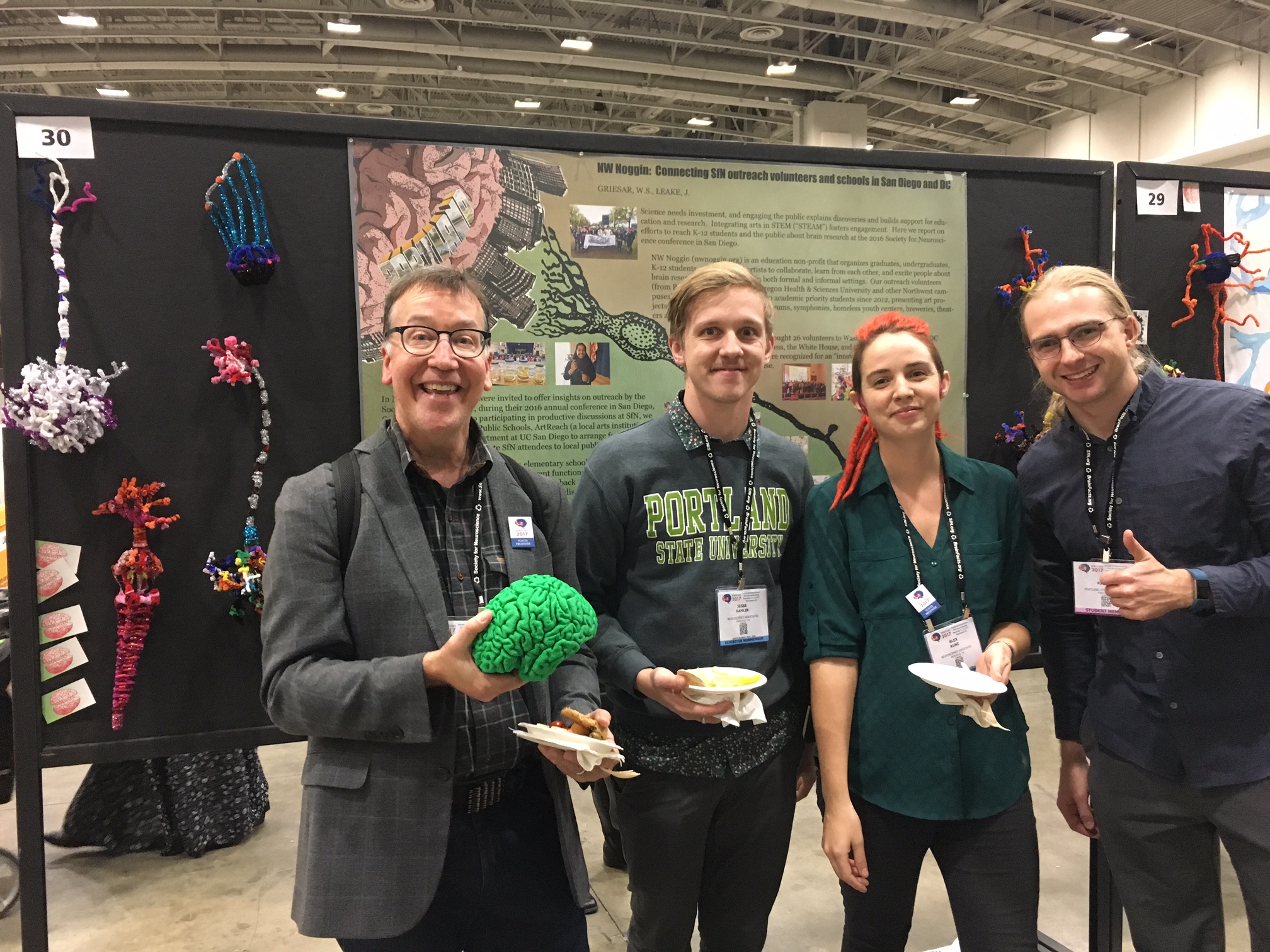 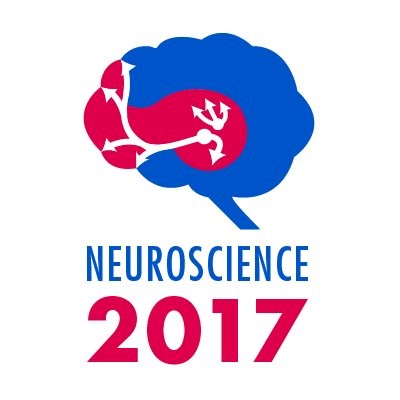 On Saturday, the Society for Neuroscience (SfN) kicked off its annual meeting with 30,000 people registered to attend the five-day program at the Walter E. Washington Convention Center in downtown Washington, DC. The meeting provides one of the world’s largest forums for neuroscientists to debut research and to network with colleagues from around the world.

The Brain Awareness Week reception was one of the first events, and it welcomed a diverse group of organizations to showcase their efforts in promoting the annual campaign to the public. President of SfN and member of the Dana Alliance for Brain Initiatives, Eric Nestler welcomed attendees and encouraged them to keep creating compelling content and engaging in BAW with hopes of making it a year-round effort.

Jayatri Das was this year’s keynote speaker, and as chief bioscientist at the Franklin Institute in Philadelphia, she focused her presentation on opening new channels to brain awareness. Working for the oldest science museum in the country, Das explained how researchers and scientists can partner with science museums to reach new audiences and expand their impact. The National Informal STEM Education Network (NISE Net) is a community of educators and scientists that can help with this effort through collaborations on outreach projects in various settings, she said.

The reception exhibited a collection of 42 posters from five countries, many of which focused their outreach in classroom settings and curriculums. We spoke to a few for ideas on Brain Awareness Week activities that can work in the classroom and at home.

Carole Rovere and Jacques Noël, from the Institute of Molecular and Cellular Pharmacology (IPMC) in France, spoke of their organization’s successful 2017 program with more than 5,000 participants. IPMC reached over 2,500 middle and high school students when they visited classrooms to demonstrate interactive experiments on memory, emotions, brain anatomy, and the five classic senses. Noël described one game devised to stimulate the senses using several different glasses filled with flavored waters and food coloring. In one example, a cup with green-colored water was flavored 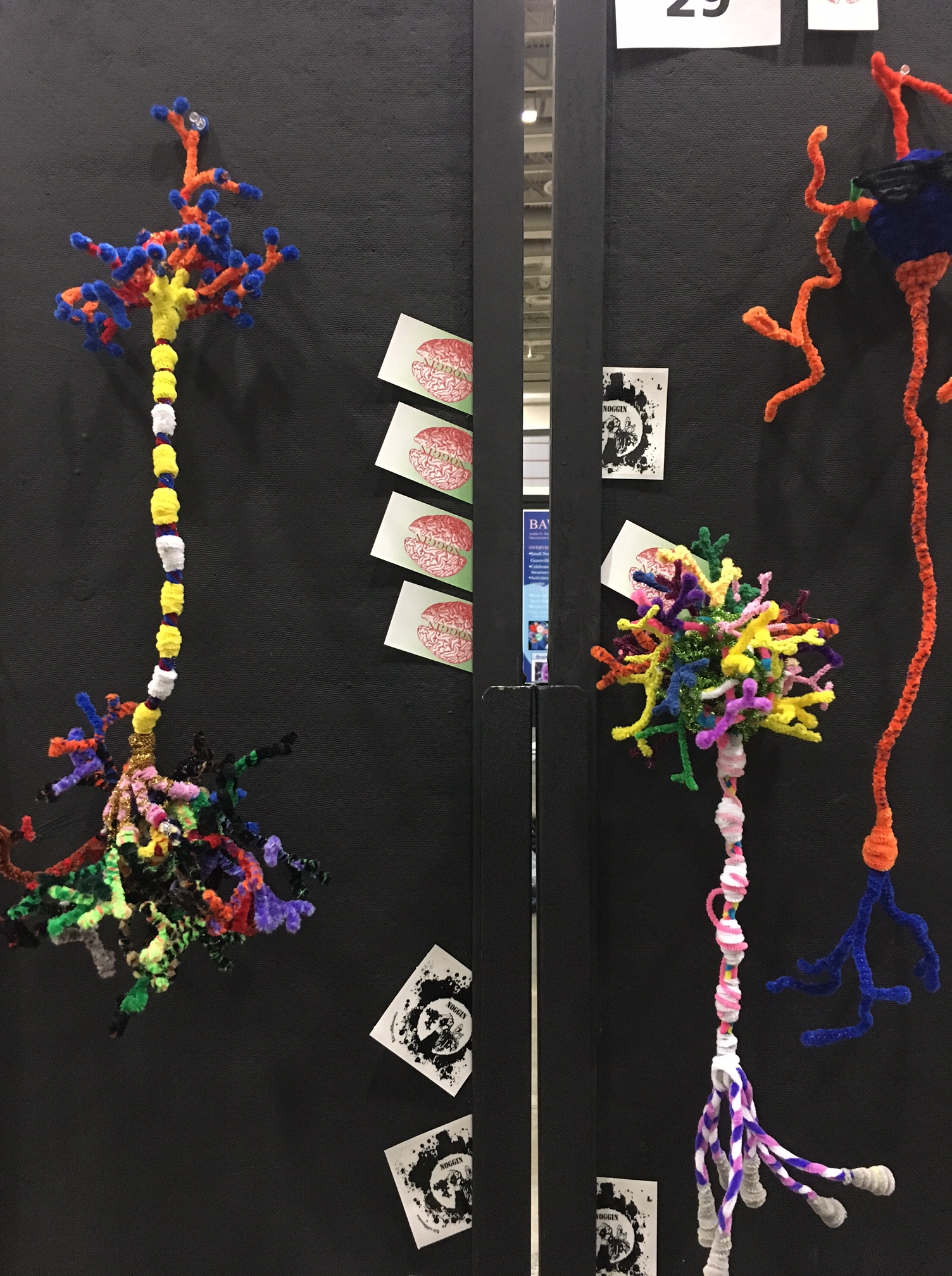 with strawberry syrup, creating an unexpected response from multiple senses: taste, sight, and smell. Another water was flavored with mint while having the bright color red, and so on. This was very popular among students, he said, and can easily be done at home!

A favorite feature among Brain Awareness Week reception attendees are the DIY pipe cleaner neurons from NW Noggin. Young students and adults can enjoy this fun craft project to create brainy decorations in time for BAW. The team at NW Noggin created a page that explains in detail how to make these neurons at home or in the classroom. They also have a page that breaks down the structure of a neuron and its functions. If you’re feeling up to the challenge, you can take the crafts one step further and make a neuron gelatin print to learn more about the form and function of neurons while creating a frame-worthy design! More art projects can be found on their site, along with pictures of students and their brainy creations.

There are four months to go before Brain Awareness Week begins, but it’s never too early to start thinking about ways to get involved. We have a list of lessons and activities for educators on the Dana Foundation site, in addition to tips and resources on the BAW page. Check back for more in-depth coverage of the SfN meeting events or visit our Twitter for real time news.