Back to Parent Page
HomeArticlesConnecting the Dots: New Insights into Creativity and the Brain 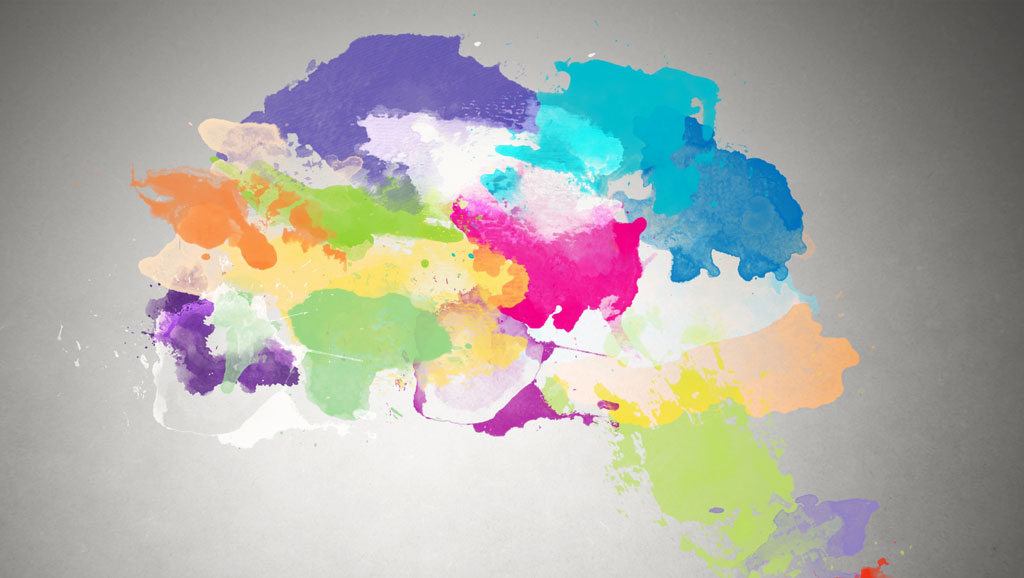 Over the past few decades, thanks in part to books like Betty Edwards’ popular Drawing on the Right Side of the Brain, the idea of creativity being correlated solely with “right brain” thinking (and turning the “left brain,” especially verbal and analytic processing, off) has become part of American folk neuroscience (see “When the Myth is the Message:  Neuromyths and Education”). Yet scientists are learning that creativity—whether it be expressed in art, music, or science—is a whole brain activity involving shared neural networks. New research from Harvard University suggests creativity may be borne from a specific pattern of connectivity involving three unique brain networks that do not typically work together.

Regions of the creative brain

Since scientists first started studying the brain, they’ve wondered about the neural correlates of creativity. What allows some people to make unique connections between seemingly unrelated pieces of information? To perceive and process the world in such a way that they can innovate, communicate, and solve complex problems in ways not tried before? Roger Beaty, a post-doctoral fellow in psychology at Harvard University, says early neuroimaging studies focused on specific regions that may be activated during a creative task—like the anterior cingulate cortex (ACC) and inferior parietal lobule (IPL)—to try to answer those questions. But such studies could not elucidate what the brain, as a whole, is doing when a person is thinking creatively—or what might be different between a creative problem solver and a not-so-creative problem solver.

“We were interested in looking at these larger networks in the brain that are involved in different thinking processes,” he says. “We wanted to try to see if we could characterize individual differences and the ability to think creativity as a function of the variation in brain connectivity patterns.”

To investigate the possibility of such patterns, Beaty and colleagues used functional magnetic resonance imaging (fMRI) to scan the brains of more than 160 people as they tried to come up with novel uses for everyday objects like ropes, bricks, or knives. The researchers found a specific pattern of connectivity between three distinct brain networks—the default mode network, the salience network, and the executive control network—in individuals who came up with more creative responses. The pattern was so pervasive that the researchers were then able to use to create a computer model that could successfully predict who would be more creative using previously published data from past creativity studies. The results were published in the January 15 issue of the Proceedings of the National Academy of Sciences.

“These networks don’t typically work together. Usually, one is activated and the other deactivates in response to it. And that makes sense because, for example, if you are engaged in a demanding task that involves a lot of cognitive effort, then you need to downregulate the default mode network, which involves more self-referential and spontaneous kind of thinking, and upregulate your executive control network to help you focus,” Beaty says. “But what we saw in this task that involves creative thinking is that more creative responses were correlated with a sync between these three different network that don’t usually work together. And we could get a sense of who might be a more creative thinker by just looking at how strong the connections are between these networks.”

The three networks Beaty highlights have been implicated in many different cognitive tasks. The default mode network, sometimes called the resting state network, has been linked to daydreaming, imagination, and spontaneous thinking. The salience network is responsible for identifying important information. And the executive control network helps to direct attention and focus. Put the three together, Beaty says, and you have the right recipe to think more flexibly and come up with innovative ideas.

Marcus Raichle, M.D., the pioneering neurologist from Washington University in St. Louis (and a member of the Dana Alliance for Brain Initiatives) who first identified the default mode network, says that this study isn’t the first to identify it as being involved with creativity but it does offer new insights on the role it may be playing.

“This network is kind of the representative of the self. It likely plays a role in our ability to predict the future. But to help with creative thinking, it would have to work with networks that are responsible for representing the realities of the present,” Raichle says. “We’ve known that as you enhance things like executive control, particularly attention networks, the default mode dampens down. It comes back online when you are musing, imagining, or letting your mind wander. This study suggests that changing this set of relationships between networks that guide your understanding of the world as well as our own place in it can lead you to think differently, making your performance in creative tasks even better.”

Charles Limb, M.D., an otolaryngologist at the University of California San Francisco who has studied the neural underpinnings of musical creativity, agrees. And believes that Beaty’s findings fit well with his own work looking at creative thought (see “Music as the Brain’s Universal Language”).

“This work sheds important light on the notion that creativity is a combination of ordinary mental processes combined in novel ways,” he says. “We are beginning to derive a model for how creativity unfolds in the brain, in both ‘ordinary’ lower level creativity and the higher level forms we’ve seen in expert musicians. Beaty’s study may represent a significant advance in clarifying some of the fundamental tenets of such a model.”

While Beaty suggests that this unique synchrony of brain networks means that creative people are wired a bit differently than others, he makes it clear that he is not saying that creatives are born and not made.

“We know a lot about how plastic the brain is, so I wouldn’t even start to make any kind of claims about this being a fixed ability,” he says. “In fact, we plan to look next at the extent to which these connections may be malleable and see if we can train these networks to work together and help people be more creative.”

In the meantime, he hopes that people will take home one message from his findings—that creativity is not a “right brain” activity.

“There’s still this persisting notion in the popular consciousness that creative thinking is a ‘right brain’ thing,” he says. “But it’s not. What this study and a lot of others have shown, time and time again, is that creativity really is a whole brain endeavor. It’s not just about the ability to just think spontaneously, or to focus really hard on what you’re thinking about, or identify important information—it’s about finding a balance between these different modes of processing, both spontaneous and controlled, to generate new ideas. It’s a whole brain activity.”