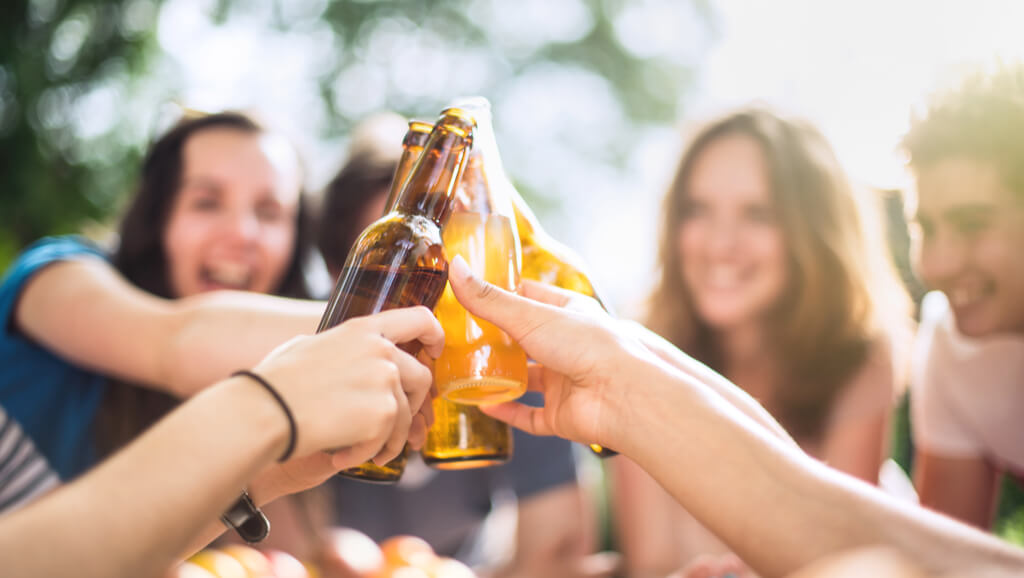 Because the teenage brain is at a highly vulnerable stage of development, early drinking may set the stage for later alcohol abuse. The frontal cortex doesn’t fully develop until around age 25, and emerging data suggest that this executive area of the brain is particularly susceptible to damage from alcohol use during adolescence.

“The younger you engage in misuse of alcohol, the more likely you are to have an alcohol-use disorder later in life,” says George Koob, director of the National Institute on Alcohol Abuse and Alcoholism (NIAAA), citing the seminal findings of NIAAA-funded work by Bridget Grant and colleagues. “If you start drinking at 12, you have a three- to four-fold higher likelihood of alcohol-use disorder later in life than if you start drinking at age 21.” The research was one reason the legal age of drinking was raised to 21 in every state beginning in the 1970’s, culminating with the passage of the National Minimum Drinking Age Act in 1984.

To better understand how early alcohol use affects brain development, the NIH is undertaking a large longitudinal study that will follow 10,000 children beginning at age 9 or 10. The ABCD study, for Adolescent Brain Cognitive Development, will measure alcohol and drug use in the youths enrolled, assess cognitive function via neuropsychiatric tests, and track brain changes with annual neuroimaging scans.

One trend the study will investigate is the tendency of young people to drink in excess. Ninety percent of alcohol use among youths age 12 to 20 is categorized as binge drinking–defined as five or more drinks for males and four or more drinks for females on the same occasion within a few hours. The 2015 National Survey on Drug Use and Health found that 5.1 million youths reported binge drinking on at least one day in the past month, and 1.3 million binge drank at least five days in the past month.

This extreme binge drinking is on the rise, to the point of becoming a cultural phenomenon. It’s not unusual for young people to have 10 or 15 drinks in an evening, Koob points out, and college kids talk about “drinking to blackout.” (A blackout is a permanent loss of a memory of what transpired when you were intoxicated.)

Whether young binge drinkers are doing permanent damage to their brains remains an open question. While there is no data to show that a blackout causes a loss of consciousness or lasting damage to the brain, it’s a question of critical importance in light of the growing awareness of how repetitive mild traumatic brain injuries like concussions can cause cumulative brain damage with lasting effects.

As a society, Koob laments, “We make heroes out of people who can drink everybody under the table, but that’s actually a marker for a future alcohol problem.” He says the NIAAA will soon be launching a task force to look at the societal and cultural influences that may underlie the increase in binge drinking among youth.

Rethinking Drinking, a website developed by the NIAAA, has a wealth of information about drinking. For more information also see our Briefing Paper on Alcohol and the Brain.