Back to Parent Page
HomeArticlesDigging into Sleep’s Effects 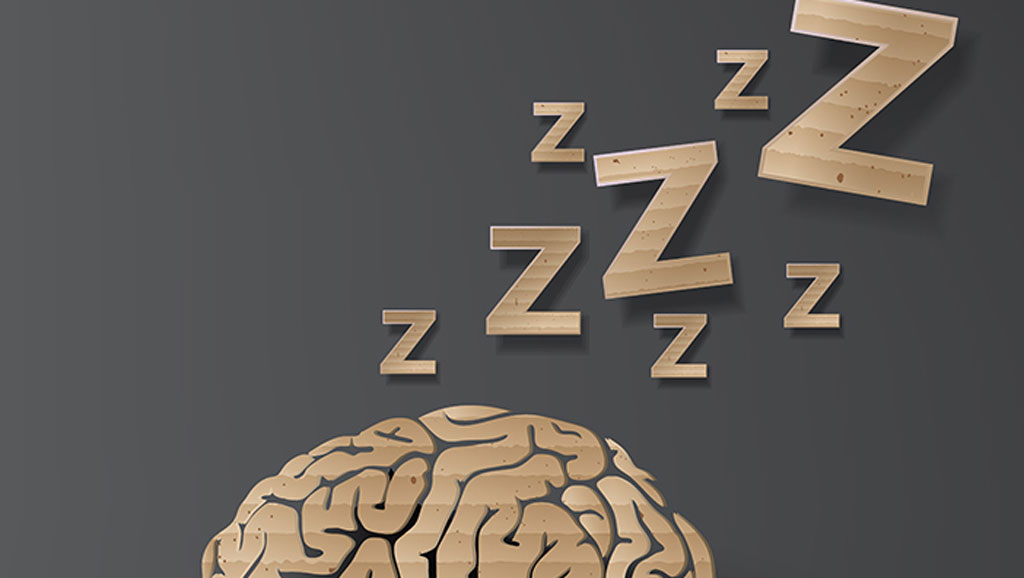 As time goes by, our respect for sleep only grows. It is “a primordial behavior for maintaining optimal health” in the words of Janet Mullington, professor of neurology at Harvard. Not getting enough sleep raises the risk of cardiovascular disease, diabetes, depression, and stroke. A recent study suggested even a single sleepless night heightens brain levels of amyloid, a toxic protein linked to Alzheimer’s disease. (see “The Sleep-Deprived Brain”)

But the most obvious and immediate effects of poor sleep involve cognitive performance. Attention, memory, cognitive speed, and decision-making all take a hit. And the consequences may be severe, including accidents on the road and lapses at work that put oneself and others in danger.

To complicate matters, we all respond differently. Some people keep their mental edge after an all-nighter that reduces others to cognitive rubble. The difference, it appears, is a stable trait: One recent study found that response to sleep loss remained constant over periods as long as 10 years.

It can be important, for safety’s sake, to know who’s hard-hit by poor sleep and who’s resilient. But it’s not so easy to find out. “People are very poor at self-estimation of cognitive impairment—you’re asking the sleep-deprived brain to do something it’s terrible at,” says researcher Hans Van Dongen, director of the Sleep and Performance Research Center at Washington State University. “If you ask someone “are you good to work?” you’re bound to get the wrong answer.”

What’s needed, he says, is an objective indicator, “a simple test. like a Breathalyzer, an assessment to tell you if someone is okay. The search for a biomarker is in large part is driven by this.”

Biomarkers, readily measurable substances or patterns of physiological activity that give a quick read on the state of the brain and body, have become a focus of sleep research. Several years ago, the Sleep Research Society, in partnership with the National Institute on Aging and the Heart, Lung, and Blood Institute, convened a workshop of researchers to report on the need for biomarkers of acute and chronic sleep deprivation, and progress in that direction.

They could be highly useful in research, says Mullington, who chaired the workshop. “Sleep is quite laborious to measure. If we had a biomarker, we’d learn so much more by using it in large population studies.”

Clinical applications are promising, too. “A biomarker that tells us whether someone has a chronic sleep deficiency, analogous to a vitamin deficiency, might identify individuals at risk of long-term health consequences,” Mullington says. It might become part of the routine physical examination, like cholesterol and blood sugar.

Increasingly, the pursuit of biomarkers is leading investigators down molecular pathways, using “-omics” methodologies that measure biochemical events at the subcellular level. These include transcriptomics, which traces RNA patterns reflecting which genes are activated to produce their proteins; epigenomics, tracking processes that regulate gene expression; and metabolomics, the study of energy-producing pathways within the cells.

“The topic is in its infancy, and it’s a hugely active area of research,” says Ted Abel, director of the Iowa Neuroscience Institute and professor of molecular physiology and biophysics at University of Iowa. In a 2018 review paper, Abel and colleagues surveyed epigenetic studies. “Our paper speculated that some aspects of sleep deprivation, known to involve the transcription of genes, are affected by epigenetic mechanisms,” he says. On the other hand, “sleep is directly related to metabolism, and the loss of sleep is epigenetically connected to metabolic regulation.”

A better understanding of these intertwined molecular processes “might lead to the development of novel therapies to treat the [associated] cognitive deficits,” Abel says. Results of some animal studies have suggested that “modifying signaling pathways can block the effects of sleep deprivation…the mouse [in the experiments] doesn’t know it’s sleep deprived,” he says.

Alterations in RNA, the key molecule in gene transcription, could help quantify the impact of sleep deprivation on cognitive function, suggests a 2018 study in Van Dongen’s lab.  After test subjects had stayed awake for 62 consecutive hours, patterns of gene expression changed in 212 genes, compared to subjects who had slept normally.

Within the sleep-deprived group, 28 genes were expressed differently in groups who performed poorly and well in a test of vigilant attention, a cognitive function particularly sensitive to sleep. Interestingly, 15 of these genes were not changed by sleep deprivation per se.

“What’s special about these genes? We don’t really know,” says Van Dongen. “This is the very beginning of much longer story.” Among the plot complications are the fact that several kinds of cognitive impairment typically follow sleep loss; sustained attention and cognitive flexibility, for example, “involve at least two distinct systems, two parts of the brain that need to be dissociated.”

An as yet unpublished study, presented at the 2018 annual meeting of the American Professional Sleep Societies, suggested another level of complexity. Researchers led by Namni Goel, research associate professor of psychology in psychiatry at University of Pennsylvania, measured blood levels of micro RNAs (miRNAs), small RNA fragments that block gene expression, before and after their volunteer subjects stayed awake for 39 hours straight. The researchers also conducted before-and-after tests of cognitive performance.

They found that 10 miRNAs were changed after sleep deprivation, and nearly double that—18—when stress was added. “This was the first study that associated miRNAs with the consequences of sleep loss, and to investigate the combination of sleep deprivation and stress,” she says.

More interesting, potentially, was another finding. Through blood tests before and neurobehavioral tests after sleep deprivation, the investigators found that 14 miRNAs predicted errors in tests of attention, 7 declines in processing speed, and 10 impaired memory.

“From pre-study blood tests, we could predict how participants would perform,” Goel summarized. “If we know who the vulnerable persons are, we could intervene with countermeasures beforehand.” There is some evidence, for example, that “banking” sleep—adding hours in the days before anticipated sleep deprivation—might mitigate its effects.

How quickly and effectively the impact of stunted sleep can recover is another question for biomarker research. In Goel’s study, the researchers found that after a night of make-up sleep, miRNAs had returned to baseline, and cognitive performance had normalized. This is in keeping with most earlier research on total sleep deprivation; with chronic sleep loss, she pointed out, recovery may be longer and less complete.

Sleep in a new light

One hope with biomarker research is insight into the mechanisms underlying the phenomena they mark and, perhaps, novel interventions to mitigate them. How, exactly, does sleep deprivation alter brain function? Transcription and epigenetic changes identified in these and other studies suggest a plethora of possibilities.

“These miRNAs target thousands and thousands of genes,” Goel says of her recent work. In a precursor study, “we found pathways that one might expect—immune pathways that we typically see in sleep loss, and those involved in synaptic functioning.” Genomic studies have pointed to dopamine transport and metabolism as well, Hans von Dongen adds. “We know the adrenergic system is involved. There are new genes on the table, that can tell us what’s going on at the cellular level. But what is it?”

Looking beyond immediate neurobehavioral effects, biomarker research might clarify how years of poor sleep translate into disease and identify who is resilient or vulnerable to health risks. “We know that sleep deprivation impacts multiple systems,” says Janet Mullington. “There may be different markers for different systems… understanding the genetics underlying them is an exciting area.”