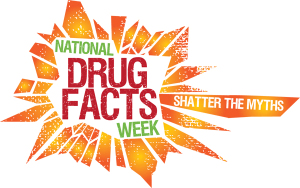 It’s a simple fact, but an important one: If you never take a particular drug, you can’t become addicted to it.

Says Dana Alliance member Robert Malenka, M.D., Ph.D., co-director of the Stanford Institute for Neuro-Innovation and Translational Neurosciences: “You can argue all you want about the chances of developing an addiction, but becoming an addict is a bad life. It is a chronic, relapsing illness that is very challenging to treat. It can become a lifelong battle. As a teenager you have to ask yourself if you want to risk that.”

I spoke with Malenka because today marks the beginning of the National Institute on Drug Abuse’s National Drug Facts Week, a health observance week for teens that aims to shatter the myths about drug abuse.

Some of the research in Malenka’s lab focuses on the circuits in the brain that have to do with the brain’s responses to rewarding and aversive stimuli. How is it that the brain relays to you that a particular stimulus is one versus the other? “A leading hypothesis is that virtually all drugs of abuse activate the ‘rewards circuitry’ in the brain,” he explained. This circuitry involves specific brain regions that release dopamine. “Repeated ingestion of drugs of abuse can modify this circuitry in complicated ways. In some ways it can make [the circuitry] more sensitive to the drugs themselves or to cues associated with the drug use.” An example of this is a cigarette smoker who feels a craving after seeing a character in a movie smoke.

How is an addict’s brain different than the brain of a non-addict? There have been decades of research dedicated to answering that question. “The hope is that if we can really understand that, we can prevent those changes from occurring or reverse them once they have occurred through medication or behavioral interventions,” says Malenka.

In my National Drug Facts Week interview with Dana Alliance member Bertha Madras, Ph.D., in October 2011, she said “there is good epidemiological data that indicate adolescents are at a higher risk than adults for addiction” to a variety of drugs. While this is not Malenka’s area of expertise, he noted that the prefrontal cortex, which is important for rational decision-making, is not fully mature in adolescents. “It’s not just the neurobiology,” he added. “Teenagers don’t have the experience of knowing the consequences of making bad decisions.”

Malenka appeals to teenagers with the same words he used on his kids. He doesn’t make invalid claims that all drug users will automatically become addicted; teens won’t trust educators if they say that. “But you increase the risk by using the substance to begin with. The safest course of action is never to use these drugs.”