Back to Parent Page
HomeCerebrumFailure to Replicate: Sound the Alarm 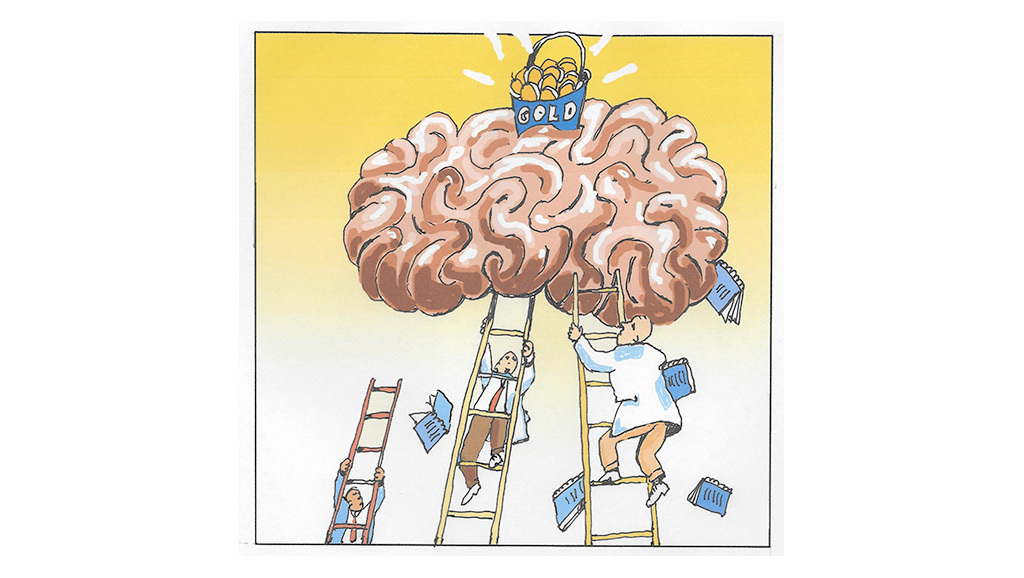 Psychological science has been a highly prolific discipline. Compared with other scientific fields, it has had one of the highest rates of experimental “success.” Analyses have shown that almost all studies in the field (90 to 100 percent) claim statistically significant results with p-values (which indicate the likelihood that the experiment’s outcome represents mere statistical “noise”) of less than 0.05.1,2

This may sound like a cause for celebration: Success seems to be ubiquitous! In fact, it should be a cause for concern. Other analyses have shown that the statistical power of studies in the field is too modest on average3-5 to account for such a high success rate. In other words, the statistical “noise” inherent in these studies has been so high that it should have caused many more negative results than were reported—even if all the hypotheses targeted in these studies were true.

The lack of replication is even more worrisome. Psychological science has one of the lowest rates of replication studies, in particular exact replications by independent investigators. A recent text-mining survey of the 100 most-cited psychology journals since 1900 found that only 1.07 percent of the published papers were categorized as replications.6 Some replications may have been missed by the survey authors’ automated search, but almost certainly not many. Of the identified replications, only 18 percent were true replications, the remainder being extensions of the work using different methods, settings, populations, or other deviations (“conceptual replication”).6 Furthermore, only 47 percent of the identified replications were done by investigators who were not authors of the original studies.6

Such figures reflect psychological science’s incentive structure, in which replication experiments have been relatively unwelcome: They have attracted little funding, typically have been harder to get published, and have received little academic recognition.

Several scientists have argued that this is a recipe for disaster.7-9 Indeed; this author has proposed that in scientific fields where underpowered experiments are the norm and significance-chasing behavior thrives, one would expect the majority of “statistically significant” results to be false-positives.7

Replication done by the original authors may also have value, but can lead to a culture of “inbreeding”10 in which each scientific finding is reproducible only within a restricted  environment—the laboratory of a professor and his or her team and mentees. Outsiders who attempt to enter this closed world may “spoil” the results, much like explorers who have entered ancient sealed tombs only to find that beautiful colored frescoes within are blanched by the contact with fresh air.

Theoretical concerns and sporadic evidence have not been able to convince the field to change its dislike for exact replication. However, this pattern may now change, because far more powerful, and hopefully more convincing, evidence has emerged from the Reproducibility Project, led by the Center for Open Science in Charlottesville, Virginia.

In this four-year project.11 270 experienced investigators joined forces to conduct exact and adequately powered replications of 100 studies that had been published in three leading psychology journals. The exercise was carried out with exemplary rigor and involved close communication with the original authors to ensure that the replication adhered as faithfully as possible to the original experimental conditions. There are different statistical approaches to define successful replication, but all of these suggested that nearly two-thirds of the original findings were false-positives, with worse performance in social psychology than in cognitive psychology.11

For example, one replication study tried to replicate whether participants primed with close spatial distances would report stronger feelings of closeness to their family, siblings, and hometown than participants primed with long distances, as proposed in an earlier paper published in 2008.12 Despite using identical stimulus materials, dependent variables, and analysis strategies, the replication effort could not replicate the original findings on spatial priming and emotional closeness.  Another replication study aimed to replicate that reduced self-regulation resources correlate with increased biases in confirmatory information processing, as previously published.13 The original paper had shown that the depletion of self-regulation resources influences the search and the processing of standpoint—consistent information in a personnel decision case, even when confronted with an alternative explanation–i.e., the ego threat, with associated failure cognitions and negative emotions. This could not, however, be documented in the replication effort. More examples and details on the studies replicated can be found in https://osf.io/ezcuj/.

The results of the Reproducibility Project caused a flurry of interest from the scientific community and the general public.

Some of the immediate responses were wrong or counter productive. On one extreme, commenters suggested that psychology is not a science and should be abandoned or be called an art. On the other extreme, some dismissed the failures to replicate as having been due presumably to unknown differences between the original experimental setups and the replication attempts.

Let’s not spend time arguing whether psychology is a science. It is a very important science, and, as the Reproducibility Project reminds us, has been at the forefront of the study of the scientific method and its biases.

It is also easy to refute the suggestion that unknown experimental differences are the chief cause of irreproducibility. If that were the case, one would have seen larger as well as smaller effects in the replication studies compared to the originals. In fact, the replication effect sizes were almost always markedly lower in the replication efforts, rendering them statistically non-significant.

Probably most of the replication failures in psychological science are due to bias in the original results. It is not possible to pinpoint exactly which specific study was biased and how bias exactly happened—replications may also have been biased occasionally. However, the notion that all results are correct despite failures to reproduce them amounts to irresponsible hand-waving. If we want a research finding to make any claim to generalizability,or, better yet, to be used for practical purposes, other scientists should be able to reproduce it relatively easily. No one would like to fly in a plane that has flown successfully only once, especially if its manufacturers are satisfied that it flew only once and don’t mind that it may crash on its second flight. And of what use would a plane be if it flew once and was dismantled, and afterward no one could rebuild it?

In the Reproducibility Project, one-third of the 147 studies that were identified as possible targets for replication were not picked by any of the 270 replicators, since they were felt to be too difficult, if not impossible, to even try to replicate.11 It is unclear what the value of research is when no one, other than the original scientists, can ever approach it. Among the studies in the project for which replications were made eventually, difficulty in building the replication experiments was a predictor of replication failure.11

The Reproducibility Project will hopefully lead to a better appreciation of the need for incorporating exact replication more routinely in the life cycle of research in psychological science. There is clearly a need for more replication studies, done by independent investigators. There are, however, still many unanswered questions and concerns about how to optimally implement a replication agenda.

One major concern is the level of resources required. Doing replication well takes a lot of effort. Hastily conceived, suboptimal efforts may even do harm by generating spurious results and confusion. A replication agenda will require substantial funding. While this may be seen as eroding a discovery budget that is already constrained, such a perspective would be misleading. Replication is not some sort of unfortunately imposed policing; it is actually an integral part, perhaps the most integral part, of the scientific discovery process. If the current situation is such that the majority of “discoveries” are false, then replication is the most essential element in any true discovery. Replications also allow us to identify rapidly the avenues of research that warrant further investigation and have the best potential for future yield. In short, more reliance on replication can help save us from fund-wasting dead- ends and false-positives.

Should everything be subjected to replication? Some other scientific fields have accepted this as a norm. In genetic epidemiology, for example, it is impossible to publish anything in a high-profile journal without independent replication. However, in the field of psychology there may be insurmountable barriers to the adoption of this principle. These include practical difficulties (e.g., for very complex experiments). Also, the community may not be ready for such a sweeping paradigm shift. It may be necessary to target replication efforts in a more limited, strategic way.

As a first step, research could be categorized as “replicated” or “unchallenged.”20 Unchallenged research would have to be treated with extra caution—as more likely false than true, perhaps with substantial variability across subdisciplines. Samples of studies of different types, and stemming from different subdisciplines, would be subjected to replication periodically to examine what is the current replication performance of the subdiscipline. Therefore, one would know that working in field X with study design Y carries a Z percent risk of non-replication. Such figures would change over time, particularly if the field were to adopt more safeguards to improve its overall research practices. These safeguards could include registration of research protocols prior to experiment, data sharing, team science approaches, or other practices that improve transparency, efficiency, and reliability.21-23

For the more influential and heavily cited studies, the imperative for independent exact replication should be very hard to resist, these studies should be subjected to replication. It would make little sense to neglect to replicate a study upon which hundreds or thousands of other investigations depend.

Finally, studies that aim to inform practical applications or otherwise affect humans, such as treatments for psychological problems, should have thorough replication as a sine qua non, before being adopted in everyday practice.

At a first stage, such a replication science agenda is also likely to require a very small amount of funds, perhaps 3 to 5 percent of the current research budget—a bargain if it reduces the 50 to 90 percent of the research budget that currently seems to be wasted on irreproducible research. That said, the devil can be in the details, such as who will fund replications, when they should take place, and how they should be conducted. Editors and reviewers also need to become friendly to good replications24,25;publishing replications will only greatly encourage replication.

To get where we need to go, all action plans will need to have strong grass roots endorsement by the scientific community. The Reproducibility Project, and the favorable responses to it, show that many scientists care deeply about making research more reproducible. There is no reason to doubt that the general public would also want the same.