Back to Parent Page
HomeCerebrumFalse Hope and Deep Pockets 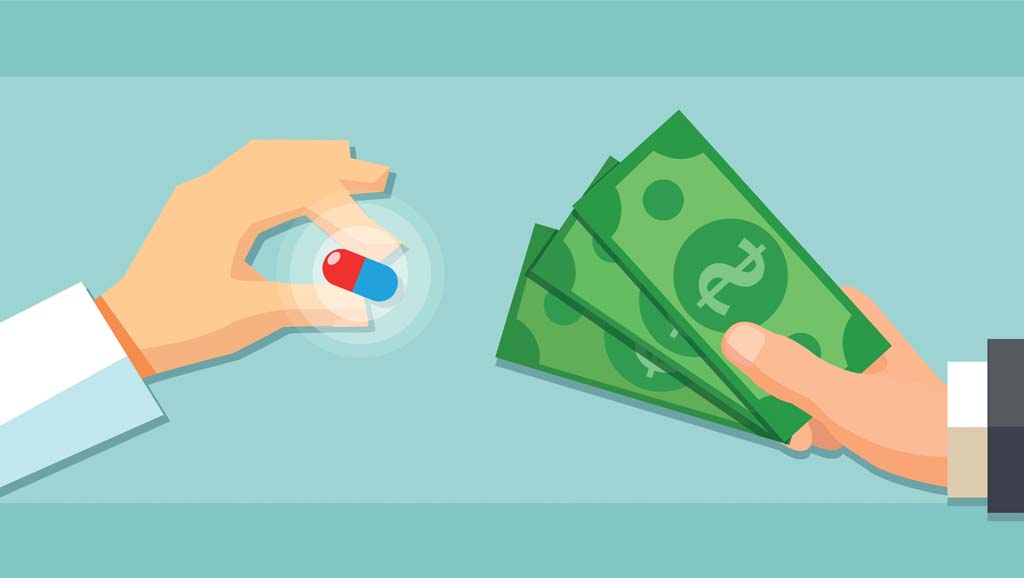 The first new drug to treat Alzheimer’s disease in nearly two decades was initially hailed as an important advance but quickly became notorious for its exorbitant pricing and for raising a slew of ethical concerns.

The drug, which will be sold under the brand name Aduhelm, was developed by Biogen, an American multinational company based in Cambridge, Mass. It was approved by the Food and Drug Administration (FDA) under a controversial “accelerated approval” process despite a nearly unanimous recommendation against approval by an advisory committee of experts. Three members of the panel quit in protest.

The evidence supporting Aduhelm’s safety and effectiveness is astonishingly skimpy. Of two phase 3 clinical trials conducted by the company, only one showed hints that Aduhelm might slow cognitive decline slightly, while the other showed no benefit. After additional analysis, Biogen concluded that in one of the trials a high dose appeared to slow decline—but only by a fraction of a point on an 18-point rating scale. On the downside, some 30 to 40 percent of the patients receiving the high dose suffered brain swelling or bleeding.

Despite that skimpy resume, the FDA decided to approve the drug under its accelerated approval program which allows it to rely on a surrogate endpoint that is “reasonably likely” to predict a clinical benefit. The biomarker it relied on was the presence of amyloid beta plaques in the brain. Experts on both sides of this controversy agree that Aduhelm substantially reduced the presence of plaques. But they disagree on whether that matters. Although such plaques are often associated with Alzheimer’s, there is no evidence that reducing the amount of plaque will slow the disease.

Peter Bach, a leading expert on drug pricing, notes that multiple comparative clinical trials have cast doubt on the theory that reducing the build-up of plaque will attenuate the progression of Alzheimer’s. That leads him to suspect, he said in an email, that “the one allegedly somewhat positive study of Aduhelm was very likely to be a false positive finding.”

Both the Cleveland Clinic and Mount Sinai’s Health System in New York City have decided not to administer Aduhelm. At least six affiliates of Blue Cross and Blue Shield have said they will not cover the costs because the drug is still experimental or because clinical benefit has not been established, according to the Boston Globe.

The most worrisome issues concern the drug’s price tag. Biogen wants to charge $56,000 a year for the drug, which by some measures does not look all that exorbitant. As I wrote in a column on price gouging published May 13, 2019, drugs to treat multiple sclerosis had soared to $60,000 a year, drugs to treat brain cancer had reached $30,000 a month ($360,000 a year), and a drug to treat nerve destruction from a very rare disease was priced at an astronomical $450,000 a year.

That is not an indication that Aduhelm is reasonably priced. Rather, it is evidence that the whole drug-pricing system in this country is out of whack.

Biogen’s $56,000-a-year for the drug alone is not the total cost. The doctors whose offices administer the drug intravenously once a month get paid for their services, posing a huge conflict of interest when they decide who to treat and for how long. Other associated costs, such as diagnostic tests to determine whether a patient has a lot of plaques and monitoring tests to determine how a patient is progressing could add tens of thousands of dollars a year to a patient’s annual bill.

Those costs will fall heavily on Medicare, which is supported by the American taxpayer, on those with private insurance, whose costs are borne by individuals or their employers; and on the uninsured, who may find the costs prohibitive. Even many insured patients may not be able to afford their copayments. Estimates by the Kaiser Family Foundation suggest that the costs to Medicare and the patients who use the drug could reach anywhere from $29 billion to $57 billion a year.

Given the underwhelming evidence and all the uncertainties, how should Aduhelm be priced? The Institute for Clinical and Economic Review (ICER) calculated that a fair annual price for this drug, which it deems likely to become one of the top-selling drugs in the history of the US, would lie between $2,500 and $8,300, a far cry from the $56,000 the company is seeking. The institute charged that the FDA “has failed in its responsibility to protect patients and families from unproven treatments with known harms.” It estimated that Biogen could rake in “well in excess of $50 billion per year” while waiting for evidence to confirm that patients were actually benefiting.

The FDA’s approval process itself was rife with ethical conflicts. In one highly improper move, a top FDA official held an off-the-record meeting with a key Biogen executive in 2019, apparently violating long-standing rules and practices designed to keep the approval process transparent and unbiased. The revelation by the medical news site STAT caused such an uproar that the acting head of the agency felt obliged to ask the inspector general of the Department of Health and Human Services to investigate the circumstances that led to the drug’s approval. That inquiry is not yet complete, but the emerging evidence suggests an overly cozy relationship between the regulators and the industry. On September 1, two House committees launched a joint investigation into the appropriateness of the FDA’s handling of Alduhelm.

This sorry saga has left me wondering whether the accelerated approval process itself might be considered an unethical approach to regulating a drug whose clinical value is so uncertain and whose ability to slow mental decline will be hard to measure. Once the drug is on the market, it will be difficult—if not impossible—to recruit enough patients for the follow-up trial that is supposed to document definitively whether Aduhelm really works. Few patients are likely to volunteer for a trial in which they might well get a placebo when they can probably get Aduhelm prescribed directly by a physician.

Elisabeth Rosenthal, M.D., who is editor-in-chief of Kaiser Health News, wrote recently that the accelerated approval process often gives companies a “commercial end run” around FDA regulation. The companies are required to do further controlled studies to verify the drug’s clinical benefit. If the results are negative, the FDA may withdraw its approval, but it does not have to and often fails to. The agency gave Biogen nine years, until 2030, to complete follow-up studies on Aduhelm. So, the company will continue to earn tens of billions a year on a drug whose clinical value might never be proven.

The approval of Aduhelm was welcomed by the Alzheimer’s Association, an advocacy group for patients and their families, which complained only about the high price tag because it would make it unaffordable for many patients. However, the association has its own ethical issues; it receives funding from the drug industry and from Biogen itself. One top geriatrician considers the association “a big promoter, almost a marketer, for Biogen.”

Experts have proposed several ways to force down exorbitant drug prices. These include revising the formula that determines what Medicare pays for drugs, allowing the national insurance program to negotiate lower drug prices, and tying prices in this country to the lower prices charged abroad. One intriguing idea is to have the Centers for Medicare and Medicaid Services initiate a process that could require companies and prescribing physicians, as a condition for reimbursement, to provide continuing data on their patients that could be compared with a comparable group of patients that did not receive Aduhelm. That could provide useful information even if Biogen’s required clinical trials are never completed.

Another potentially important reform, suggested by Peter Bach, would limit manufacturers to a ten percent profit over the cost of manufacturing and distributing the drug, thus providing a reasonable return without allowing companies to charge what the market will bear based on hope and wishful thinking.

None of these proposals may come to pass or, if enacted, prove effective. But surely, they are worth a try. Desperate patients deserve access to the best available treatments, but the price has to be affordable for patients and the American healthcare system.