Back to Parent Page
HomeArticlesFrom One Man’s Vision to a Global Campaign: Celebrating 20 years of Brain Awareness Week 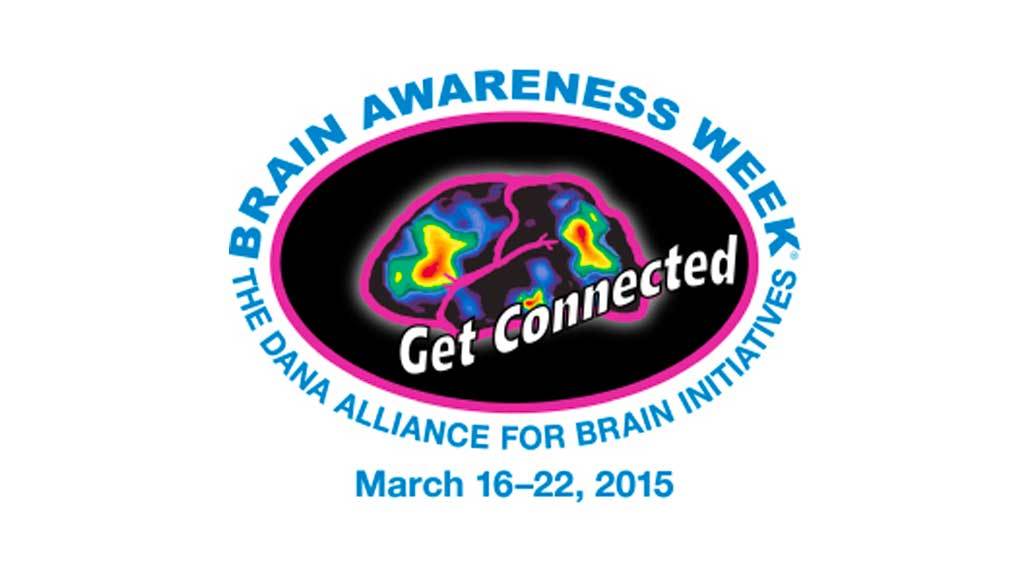 For the past two decades, Brain Awareness Week (BAW) has celebrated neuroscientific research through unique outreach programs catered to people of all ages and backgrounds. The program’s mission is simple: to educate the public about the brain and the promise of brain research. BAW’s partners have taken that mission to the next level: creating brain-related operas; classroom presentations; online resources; poetry contests; and other unique programs to do just that. In November, at the 2014 Society for Neuroscience (SfN) annual meeting, Jay Giedd, a psychiatrist at the University of California San Diego and the winner of the 2013 SfN Educator Award, took to the stage during the annual BAW reception to emphasize why, even after so many years, the campaign remains such an important outreach tool.

“Noble science speaks in ways that people can understand. That kind of science isn’t just noble: it’s smart,” he said. “We have the opportunity to teach neuroscience early and often—helping people understand just how important the brain is.”

Last year, BAW partnered with a variety of organizations across 59 countries and 44 states to bring innovative and engaging brain awareness programs to the masses. Barbara Gill, Executive Director of the Dana Alliance for Brain Initiatives (DABI), says that this kind of reach is exactly what the late David Mahoney, former Chairman of the Dana Foundation, imagined when he first conceived of BAW twenty years ago.

By all accounts, Mahoney, a marketing executive who started working with the Dana Foundation in the 1970’s before taking the helm in 1992, used his advertising skills to “sell” ground-breaking brain research to the public—as well as important funding sources.

“People don’t buy science solely,” Mahoney is quoted as saying in the New York Times. “They buy the results of, and the hope of, science.”

It was from those sentiments that both DABI and BAW were born. In 1990, President George H. W. Bush proclaimed that the 1990’s were to be the “Decade of the Brain.” And in 1992, Nobel Laureate James Watson invited Mahoney, as well as other prominent individuals in the neuroscience field, to Cold Spring Harbor Laboratory to discuss why brain research wasn’t getting more public or financial support in light of such a proclamation. Gill says that Mahoney soon concluded that the problem wasn’t with the science—it was with how it was being communicated to the public.

“Mahoney understood that people weren’t really interested in the research, per se, but they were in the results—and the hope that those results could bring,” says Gill. “He told the scientists at that meeting that, if they would be willing to step out of their labs and talk about their work, the Dana Foundation would create a platform for them, and provide the funding to do so.”

In 1993, DABI was launched publicly—with 80 scientists signing on that first year. DABI participated in a variety of different outreach programs including forums and public radio programs. But Mahoney, with his marketing and advertising background, still felt more needed to be done.

“One day, he came into work and asked me, ‘Do you know what day it is?’ I didn’t know—nobody knew. But Mahoney had been watching the news that morning and learned it was Prostate Cancer Awareness Day,” says Gill. “And he asked, ‘Why isn’t there something for the brain? There’s a day for all these other things, why not one for the brain in general? Why aren’t we doing something like this?’”

And with that, the Dana Alliance decided to create BAW. The campaign launched officially in 1995, with the aim of creating a groundswell of interest in brain research—and doing so in a grassroots manner.

“Mahoney’s hope was that the campaign would bring together diverse groups with different interests in academia, government, and advocacy groups,” says Gill. “The idea was to unite them for one week with a common goal that brain research was the hope for future treatments and cures of brain-related diseases like Alzheimer’s and Parkinson’s, the hope for successful aging, and the hope for a better understanding of the brain.”

It was only a matter of time before the campaign went global. In 1997, the European Dana Alliance for the Brain (EDAB) was formed. Gill says that once EDAB was established, interested European organizations “just took BAW and ran with it.”

Since 1998, BAW has signed on partners hailing from countries all over the globe. And Kathleen Roina, BAW Campaign Director, says the biggest change in BAW since its inception is just how international it has become.

“In its first year, BAW was 160 organizations only in the United States. In the past few years, we’ve had organizations in 100 countries participating in the campaign. Last year, we were in 59 countries,” she says. “So the great story about BAW is how it has spread the message about the brain’s importance across so many different languages and cultures.” (Check out this year’s events on our BAW Calendar.)

Edit Vidalon, a student majoring in psychology at the University of Massachusetts Lowell, has been working with Hagamoslo, a non-profit organization in Lima, Peru, that helps educate single parents and vulnerable communities about health and welfare. Vidalon and her colleagues have gone into rural areas and shantytowns to help teach these underserved populations about the brain and brain disorders.

“We use things like educational videos, art competitions, and fun games to help encourage these students and their parents to learn more about the parts and the function of the brain,” she says. “I believe it’s our responsibility to help bring this information to them. Because many people do not understand how the brain works, especially those in rural places or other places where that information is not available to them. And it’s something that they are very enthusiastic to learn about when the opportunity is there.”

Giedd, at the BAW reception, said brain education for kids is an “easy sell,” and that neuroscientists should take every opportunity to educate children about the brain “early and often.” He emphasized that classroom programs are a critical part of successful outreach campaigns.

“Kids love dinosaurs, space travel, and the brain. The fact that they do is in our favor,” he said. “We can use that to get them interested in science, brain science in particular.”

Today, BAW partners use all manner of classroom demonstrations, videos and games to help educate kids even as young as five about the brain. Many of those tools are available to interested parties on the BAW website. Michael Friedlander, Executive Director of the Virginia Tech Carilion Research Institute, DABI member, and BAW partner, has been excited to see how the different classroom outreach programs have evolved over the years.

“There are so many ways to draw people in and get them excited about the brain. Today, we see so many different creative ideas, technologies, and interactive exhibits that really help draw a wide variety of people in—especially the kids,” he says.

Eric Chudler, Executive Director of the Center for Sensorimotor Neural Engineering of the University of Washington and a long-time BAW partner, says that working with kids is one of the best parts of BAW for him.

“It’s a lot of fun to find out what they know and what they don’t know about the brain,” he says. “And it’s exciting to be part of something that helps them make their way towards a better understanding of how the nervous system actually works. It’s also a lot of fun—and really important to help kids get a better handle on the importance of research that will, with luck, stay with them throughout their school career and beyond.”

Gill says that the Dana Alliance is looking forward to BAW reaching an even wider and more diverse audience in the coming years. Chudler states that BAW is more important now than ever.

Gill and Roina agree. They emphasize that the only thing that limits what partners can do with BAW is their own creativity.

“It’s just been amazing to see what people have done over the years. We’ve seen everything from operas to games to art contests to all manner of classroom activities,” says Gill. “The spirit of BAW is still here and it’s only growing. It’s a grand opportunity for neuroscientists to communicate with the public on a larger scale about the importance of brain research. Our hope remains that these programs will increase understanding as well as spark the imaginations of the next generation of neuroscientists.”

Dana Foundation and Alliance Chairman Edward Rover echoes this sentiment. “The growth of Brain Awareness Week across the world over the past 20 years reinforces how important brain research and learning about the brain are to lay audiences as well as researchers. We look forward to another 20.”

Brain Awareness Week is March 16-22, 2015. To learn more about the campaign and how your organization can get involved, please visit the BAW website at brainawareness.org.