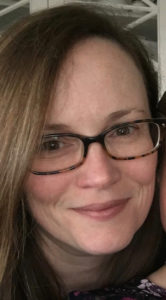 You’ve likely heard about seniors getting financially scammed on your favorite nightly news program—or perhaps from a friend or family member who was unfortunately targeted. It starts with a phone call or email: a message supposedly from a grandchild, a Medicare representative, or the tech support company associated with a popular electronics store. It ends with the loss of hundreds, sometimes thousands, of dollars for an individual. The Federal Trade Commission (FTC) estimates that elderly Americans lose hundreds of millions of dollars each year to such financial scams. Natalie Denburg, an associate professor of neurology at the University of Iowa’s Carver College of Medicine, studies what makes certain older adults more susceptible to these forms of financial fraud. Here, she discusses the proposed brain differences involved—and why she doesn’t think it’s simply an early form of dementia.

What first interested you in fraud against senior citizens?

I first came to the University of Iowa in the late 1990s. It’s an institution known for studying the frontal lobe using the Iowa Gambling Task, a cognitive test that simulates real-life decision-making. At the time, there was a new hypothesis that the frontal lobes might decline with age, even outpacing the temporal lobes, the part of the brain involved with memory. Everyone thinks getting older means having a bad memory. And it’s true there are subtle declines, but there may be greater declines in the frontal lobes and executive function capabilities.

At the time, I was working on a career development grant. For background research, I started to look at different congressional hearings where older adults were giving testimony about being the victims of financial fraud. As I watched them on C-SPAN footage, I was impressed with just how cognitively intact so many of these older adults were. They gave better testimony than I would give! They clearly didn’t have a cognitive problem, and as someone who works as a clinician, I’m trained to see that.

So here we have these people who were seemingly okay and yet they fell prey to these frauds. Some of them fell prey multiple times. That testimony was very compelling. I wanted to understand where the disconnect might be.

You said these people seemed cognitively intact. Why think there might be a brain difference that would make these individuals more susceptible to fraud?

Behaviorally, there’s a range of performance in older adults on the Iowa Gambling Task. About a quarter to one-third of older adults seem to make poor decisions. One-third to a quarter make very good decisions. And then there’s that middle third: we don’t observe a clear advantageous or disadvantageous approach in this group.

I look at the differences between the top and bottom thirds. The good decision-makers are performing at least as well as their younger counterparts. Then there are the poor performing older adults, who look like modern-day Phineas Gages, or patients who have brain damage in their frontal lobes. We see two really different patterns in play as they perform this task—and we’ve continued to compare these two groups of impaired and unimpaired older adults, with psychophysiology and neuroimaging.

What we see is that the unimpaired group is having a hunch, this gut feeling, and they make better decisions because of it. The impaired group, however, don’t have that as rich of a hunch.

Has this difference always been there, even when these people were younger?

That’s an interesting question. My colleague Chris Nguyen and I altered a measure called the Iowa Scales of Personality Change test to become a developmental measure. I ask spouses or loved ones, “How was so-and-so in their 30s and 40s versus today, in their 70s or 80s?” We asked about personality characteristics such as impulsivity, planning, judgment, etc.

We expected that the loved ones of impaired Iowa Gambling Task people would say, “Oh, they never used to be like that!” But, surprisingly, they said that this kind of impulsivity was long-standing. We’d hear things like, “Oh, he’s always been this way. He’s always had these tendencies.”

I think, these impaired people have always been like this. But when they were younger, they were so high-functioning that it never cost them anything. But as their frontal lobe declined as they aged, it interacted with this impulsive tendency they always had. Those things together may make them more susceptible to fraud.

Is this simply an early sign of dementia or Alzheimer’s disease?

No. When I wrote my first grant to study this, the response was, “These impaired decision-makers likely have Alzheimer’s and they and you just don’t know it yet. Follow them for a few more years and you’ll see it.” I admitted, at the time, it was possible. But none of these individuals did transition. My work shows there is no difference in the temporal lobe, the brain’s memory center, where Alzheimer’s begins. The impaired and unpaired groups look very comparable. Where they differ is in the frontal lobe, in the ventromedial prefrontal cortex.

Why do you think this frontal lobe deficit is a problem with emotional regulation?

If you go back to Antonio Damasio’s somatic marker hypothesis, the idea is that emotions guide decision-making. When younger and middle-aged adults take the Iowa Gambling Task, we sweat during certain choices or decisions. The electrodes on our hands are kind of like a lie-detector test, showing that we sweat just before we make a bad decision and while performing the Iowa Gambling Task. In the task, you need to choose cards from four different decks. Each deck holds cards that will reward them or penalize them—so some decks are good decks and some decks are bad ones. Even though we may not be able to say, “I prefer this deck,” before we have a literal sense of what the good and bad decks are, we sweat differentially. That sweat is a marker.

Yet, people with frontal lobe damage don’t sweat before a bad choice. They don’t sweat before a good one. In fact, they have very little sweating response to emotionally charged stimuli. They can sweat—they will if you surprise them. But they don’t during this test. That suggests they aren’t getting that gut feeling that can help them make better decisions.

What we saw among my impaired older adults was that they sweated to everything. They weren’t differentiating between good and bad. They weren’t getting that internal feeling that said, “Oh, this is bad.” Instead, it all felt bad or all felt good.

I think the areas in the brain that interact with our ability to have those gut feelings are just not working well—and these older impaired adults are making decisions without that important emotional feedback. That makes them more vulnerable to these scams.

You are frequently asked to speak with organizations like consumer groups and even, just recently, the Federal Bureau of Investigation (FBI). And you say that it is very hard to identify people who will be more vulnerable to these frauds. But that’s the question people most want answered.

It is. It is very hard to identify these people—because, in so many ways, they are high functioning and can seem fine in everyday life. But, looking to our past data, I’d say look at whether the person, when they were younger, were always a tiny bit impulsive, not so great at organization, and not very neat. That’s the person who may be at greater risk of being scammed.

That’s the person we should be watching more carefully, making sure there are limits on how much money can be withdrawn on a daily basis. I’m not saying they should lose their independence, because they are high-functioning, but I think there are some common-sense ways we can make sure bank accounts are monitored and irregularities are flagged. There are already different companies that use machine learning and other techniques to monitor and identify potential fraud issues.

But when I give my talks, I push that it is just as important, if not more, to identify the criminals that try to take advantage of these people. We need to go after them. We need to do more in the community to prevent these crimes from happening.

2009 Cerebrum article by Natalie Denburg and Lyndsay Harshman: “Why So Many Seniors Get Swindled”