Back to Parent Page
HomeArticlesHow Do You Mend a Broken Heart? New Insights into the Links Between Depression and Cardiovascular Disease 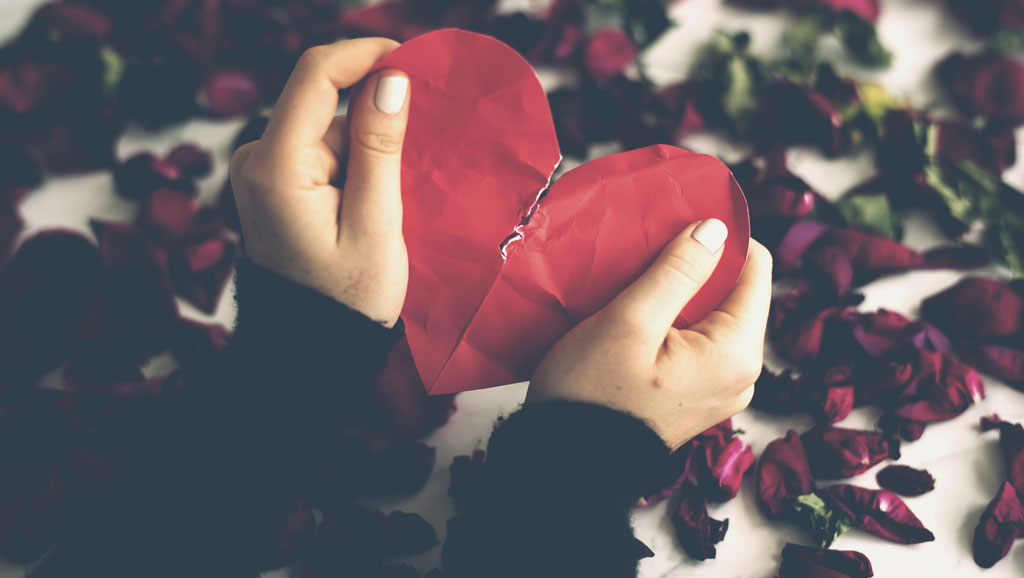 There may be no metaphor more pervasive in literature than the phrase “broken heart.” For centuries, across different languages and cultures, poets and writers have used the term to describe feelings of great sadness and longing, usually in response to the loss of a loved one. These days, the idea of a “broken heart” may be taking on a slightly different meaning. It’s now understood that depression is strongly associated with myocardial infarction, or heart attack, as well as other cardiovascular health issues. Now, researchers from the University of Southern California’s Keck School of Medicine, have demonstrated a link between depression and atrial fibrillation, a common arrhythmia or condition of irregular heartbeat.

Heart and mood, mood and heart

In the early 1990s, a group of Japanese cardiologists first reported what they called “broken heart” syndrome, or Takotsubo cardiomyopathy, a condition where individuals, primarily women, experienced a psychological stress-induced coronary spasm that could lead to heart attack and, often, death after the loss of a loved one. In the years since, researchers have learned that Takotsubo cardiomyopathy is not the only condition to associate feelings of sadness and heart disease. Christopher Celano, a psychiatrist at Massachusetts General Hospital, says that more and more studies now demonstrate a strong link between depression and cardiovascular disease – with depression not only significantly increasing the risk of heart attack but leading to poorer outcomes after an attack.

“This link is now strong enough that the American Heart Association recommends screening all patients with cardiovascular disease for depression,” he says. “We are learning that there is probably a combination of behavioral and biological mechanisms behind this link. People with depression are less likely to be active, less likely to eat healthy foods, and less likely to engage in treatment. That can lead to poorer cardiac outcomes. But we also know that people with depression frequently have higher levels of inflammation, which can also result in poor outcomes.”

Inflammation, a common immune response to infection or injury, is also a common factor in both the development of depression and cardiovascular disease. And Viola Vaccarino, an epidemiological researcher who studies the link between depression and heart disease at Emory University, says that both disease states are likely due to the same genetic pathways.

“This isn’t an area that has been explored a lot but it is possible that the same biological pathways may lead to disease in different areas—in both mental and physical disease,” she says. “This is something that we should be exploring more.”

Her work suggests that inflammatory proteins like Interleukin-6 (IL-6) and C-reactive protein (CRP) are linked to both depression and heart disease.

“There is a strong possibility that these inflammatory pathways may predispose someone to depression and, at the same time, also predispose them to heart disease. This common biological pathway can do different things in different parts of the body,” she says. “We are also learning that epigenetics likely plays a role. It’s not just these genes but also the expression of them. Stress can trigger an inflammatory response, which could then contribute to heart disease and depression, as well. It’s a complicated thing to study.”

“We know patients with cardiovascular disease have significantly higher levels of depressive symptoms. If we look at patients with coronary artery disease, for example, about 40 percent report elevated depressive symptoms,” he says. “But we also know that people who are depressed are more likely to develop heart disease sooner than those who are not. It’s a complex interplay between these factors—and something that requires further study.”

Researchers from the Keck School of Medicine at the University of Southern California added a new piece to this complicated puzzle at the American Heart Association’s Epidemiology and Prevention meeting this past March. Praveen Garg, an assistant professor of clinical medicine, reported new results linking depression with atrial fibrillation (a-fib), a common heart rhythm disorder. Garg and associates followed more than 6,600 people with no known history of heart disease over time. The researchers found a strong association: People who scored highest on a clinical screening for depression or were prescribed anti-depressant medication, had more than a 30 percent higher risk for developing atrial fibrillation than those with no indicators of depression.

“There is some literature out there to suggest that mental health may be related to atrial fibrillation. In particular, things like anxiety, stress, and tension. That suggests there could also be a link to depression,” he says. “But this is the first time anyone has formally tested this association and found a link.”

What might be behind such a link? Garg says that increased levels of inflammation may be one factor—clinical evidence suggests that a-fib is an inflammatory disease. But this study is preliminary and more work needs to be done to thoroughly understand the link.

“We need to confirm that this relationship exists in other populations, studies where we formally test for depression rather than rely on questionnaires and prescriptions,” he says. “Once we do that, we can start to get a better idea of what mechanisms might be behind such a relationship.”

Garg says that this study adds another piece to the puzzle regarding heart disease and mental health and will help clinicians what risk factors are related to poor heart health.

“The take-home message is that atrial fibrillation is a growing problem. It’s a disease of aging and the United States population is aging,” he says. “Clinicians need to recognize that depression, if present, may also place these individuals at risk for the development of this heart rhythm disorder. So doing an in-depth assessment of depressive symptoms in cardiac patients is important.”

Vaccarino hopes that more laboratories will do research to help understand the common biological pathways, like inflammation, and how they may result in different forms of disease. But, in the meantime, she agrees with Garg that both clinicians and patients should be aware of this connection between heart health and depression and do what they can to maintain good health.

“The genetics are important and can help us understand our baseline risk for these different diseases and perhaps point us in the direction of new treatments,” she says. “But we don’t have to wait for those studies. You can act on the things that can be modified like diet, physical activity, and smoking. We know all of these things impact heart disease and depression, and also help with inflammation. They can help reduce your risk.”