Back to Parent Page
HomeArticlesHow Our Brains Respond to Gratitude 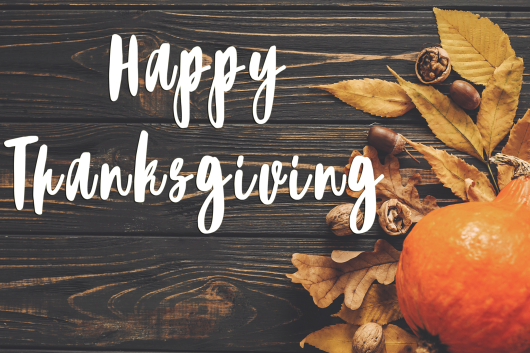 Tomorrow is Thanksgiving, which means that along with spending time with our families and overeating turkey and side dishes, many of us will think at least a little bit about what we are thankful for in our lives. Whether that be our aforementioned families, our careers, our educations, or something more tangible such as the discounted items we can buy on Black Friday, the holiday unofficially requires us to gives thanks for something before we dive into the mashed potatoes. Is there, however, something more to giving thanks than simply assuaging grandma at the dinner table?

As it turns out, there is. Studying the effects of gratitude on the brain is nothing new–studies on the topic seem to have begun in the early 2000s–and the results appear to remain consistent regardless of the methodology used. In short, having gratitude has positive effects on us psychologically and neurologically, so we should probably try to be more thankful throughout the year instead of waiting for November.

One organization that has put a lot of focus on the effects of gratitude is the Greater Good Science Center of UC Berkeley. Founded in 2001, the Center does not normally conduct primary research, but instead “collects, interprets, and synthesizes research conducted by other organizations around the world,” which heavily revolve around gratitude and overall mental wellbeing.

An article published last year by the Center discussed a study conducted by two psychology professors, which involved monitoring the mental health of nearly 300 participants. The participants were split into three groups, all of which received mental health counseling. The first group was instructed to write a letter of gratitude to another person weekly whereas the second group was to write about negative experiences. The third group did not have a writing activity. At the end of four weeks and then 12 weeks, the professors determined that the group that wrote the letters of gratitude were reporting significantly better mental health than they had originally and compared to that of the other two groups.

As to why this is the case, there are several reasons. For one, experiencing gratitude–even if you do not share it with anyone else–activates a reward center in the brain. However, it’s not the same short-term reward center that activates when we eat chocolate or go shopping. Scientists have reported that the reaction we get from gratitude is very complex and involves multiple regions of the brain, including the medial prefrontal cortex, which is mostly responsible for how we process, store, and utilize information about other people and social situations.

But that’s not all. A series of MRI studies have suggested that experiencing gratitude, among other feelings, can activate the limbic system-the part of your brain that is responsible for basic human functions such as hunger, thirst, emotional activity, and sleep. This means that experiencing gratitude can help these basic functions run more smoothly.

A 2012 study reported a direct effect of gratitude on participants with depression, and an indirect effect on patients with anxiety. The investigators found that being thankful itself caused a noticeable decrease in depression, and also improved participants’ sleep, which helps ease anxiety. These factors combined can and often do lead to more stress resistance and more positive emotions overall.

While none of this is a replacement for mental health therapy and/or any medications required, there is something to be said for positive thinking and feeling gratitude. So this holiday season, be sure to count your blessings, and keep counting them throughout the New Year. Who knows, the effects might be the greatest gift you could receive.