Back to Parent Page
HomeArticlesHow to Stay Sharp in Later Life 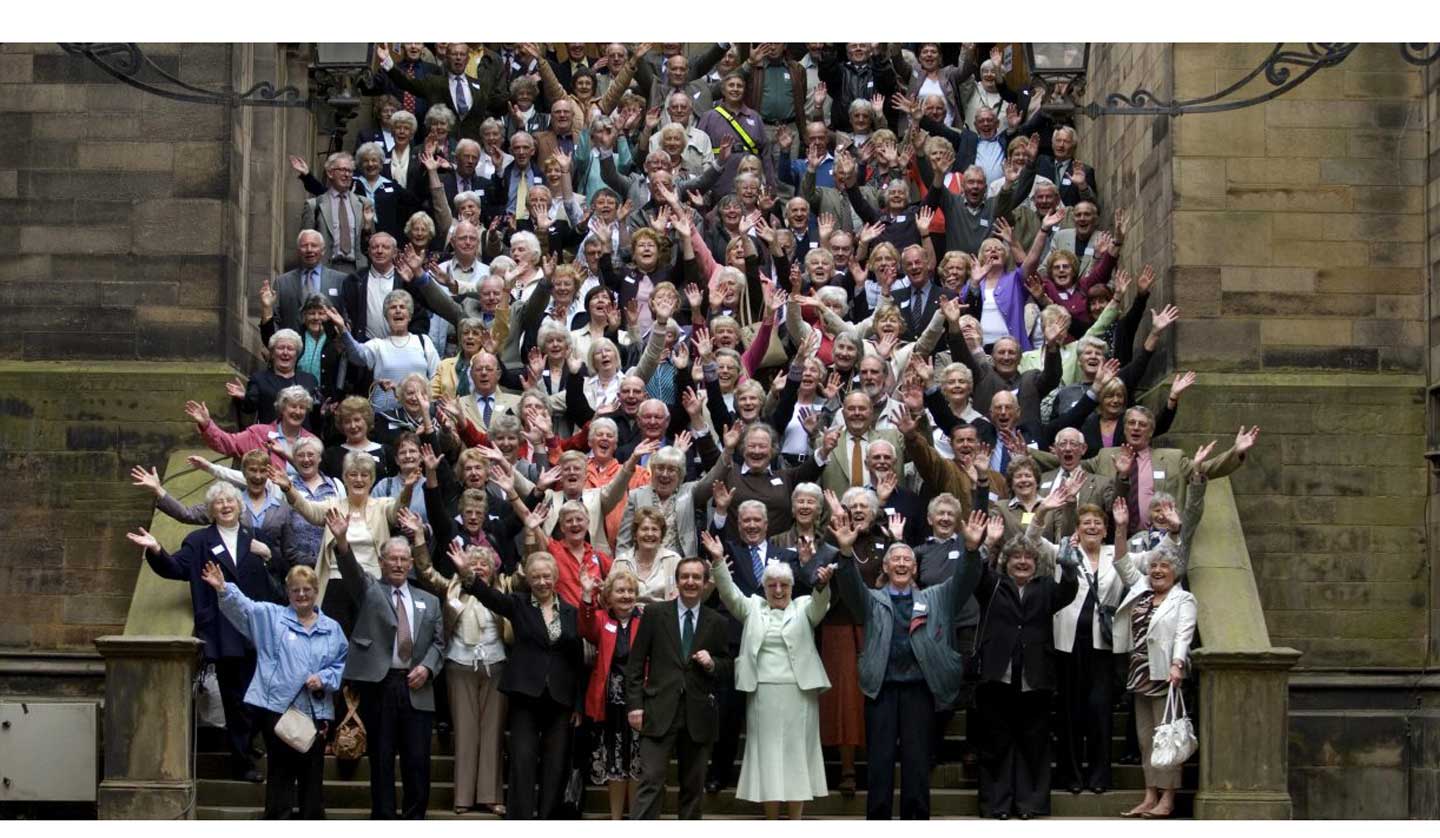 Members of the Lothian birth cohort, people born in Scotland in 1921 or 1936 who are part of a continuing health study. Photo by Douglas Robertson

As we get older, most of us experience what psychologists refer to as age-related cognitive decline. Certain mental abilities, such as memory, processing speed, and visual perception begin to deteriorate steadily as early as the third decade of life, and then more rapidly from around 50 years of age, and this is associated with a gradual reduction of brain size [See: Cognitive Skills and the Aging Brain: What to Expect].

There are, however, significant differences between individuals. Although age-related cognitive decline is considered a normal part of the aging process, it happens quickly for some people, whereas others are far more resilient to it. Why do some people’s brains and thinking skills age better than others? Ian Deary of the University of Edinburgh addressed this question at the Royal Society in London this past week, in a lecture organized by the European Dana Alliance for the Brain (EDAB) and the University of the Third Age (U3A), an international organization that aims to educate and stimulate retired members of the community.

Deary, who is director the Centre for Cognitive Ageing and Cognitive Epidemiology, has privileged access to a unique set of data that is helping him and his team to gain a better understanding of the factors influencing the rate and extent of age-related cognitive decline. “On Monday, 1st June, 1932, Scotland tested the intelligence of every child born in 1921, and [in] June, 1947, they did it all over again… test[ing] every child born in 1936,” he explained. “No country has ever done this before, or since.”

In the late 1990s, Deary and his colleague Lawrence Whalley rediscovered dozens of ledgers containing the results from the two Scottish Mental Surveys, which, for psychologists interested in intelligence “was the equivalent of opening Tutankhamen’s tomb.” Deary and his team contacted hundreds of the people who took the original tests, and enrolled them in the Lothian Birth Cohorts of 1921 and 1936. Since then, members of the two cohorts have taken part in various investigations, including cognitive testing, lifestyle questionnaires, and brain scans, all of which aim to determine how their mental abilities have changed over time–and why these changes differ between individuals–in some of the longest follow-up studies yet performed.

In 2012, Deary’s team published a study showing that genetic factors account for just one-quarter of the changes in cognitive ability that occur from childhood to old age; lifestyle choices, and possibly other, as yet unknown, factors account for the rest. In recent years, many studies have linked certain factors and lifestyle choices, such as diet, increased body weight and increased alcohol intake, to faster age-related cognitive decline. The results obtained by Deary’s team suggest that these may be red herrings, however; but certain other factors appear to reliably predict who will remain mentally sharp in later life.

One such factor is childhood intelligence: People who scored highly on IQ-type tests at age 11 in 1936 and 1947 tended to retain their mental abilities, and to score highly on similar tests administered decades later in life, compared with those who initially obtained lower scores. Last year, Deary and his colleagues also reported that longer education in childhood is associated in later life with a thicker cerebral cortex in a number of brain regions.

These findings are consistent with other studies suggesting that people with higher levels of education are more resilient to age-related cognitive decline. “Half of the differences between people in cognitive capability in older age are already there at age 11,” said Deary. “There’s a tendency–but not a determination–for smart children to become smart adults… [and so the best way] to end up with better cognitive function in older age, is to be smart in childhood!”

Another important factor is physical fitness. In line with many other studies in animals and humans, analysis of brain scanning data from the Lothian Birth Cohorts shows that higher levels of physical activity throughout life are associated with less brain shrinkage and better connectivity between brain regions in old age.

Systematic reviews, which analyze results from large numbers of studies, confirm the findings that lower educational attainment and sedentary behavior are associated with faster age-related cognitive decline and an increased risk of dementia.

Deary emphasized that while many mental abilities decline with age, certain others may remain unchanged, or even improve slightly. “It doesn’t all go when it goes,” he said. “Things like vocabulary, general knowledge, and number skills do very well with aging on average, and we call these things crystallized capabilities.”

He also stressed that there is no single “magic bullet” for staying mentally sharp in later life. Activities such as exercising regularly, learning a foreign language or musical instrument, and maintaining strong social relationships are now known to be beneficial for preserving thinking skills and slowing down cognitive decline in later life, but their effects are small, compared with those of high intelligence in childhood.

To prevent or slow cognitive decline in later life, one should therefore adopt as many of these lifestyle choices as possible. Deary paraphrased British cycling coach David Brailsford, who said, upon becoming manager of the Sky cycling team, that finding a 1 percent margin of improvement in many little things can lead to a large improvement in overall performance. “There are individual small effects of genes, exercise, education, not smoking, and so on,” said Deary, “and it looks like healthy cognitive aging [involves] marginal gains, so that you’re playing the numbers by getting as many of these little influences as you possibly can.”