Back to Parent Page
HomeArticlesMarijuana: Young Minds and Other Concerns 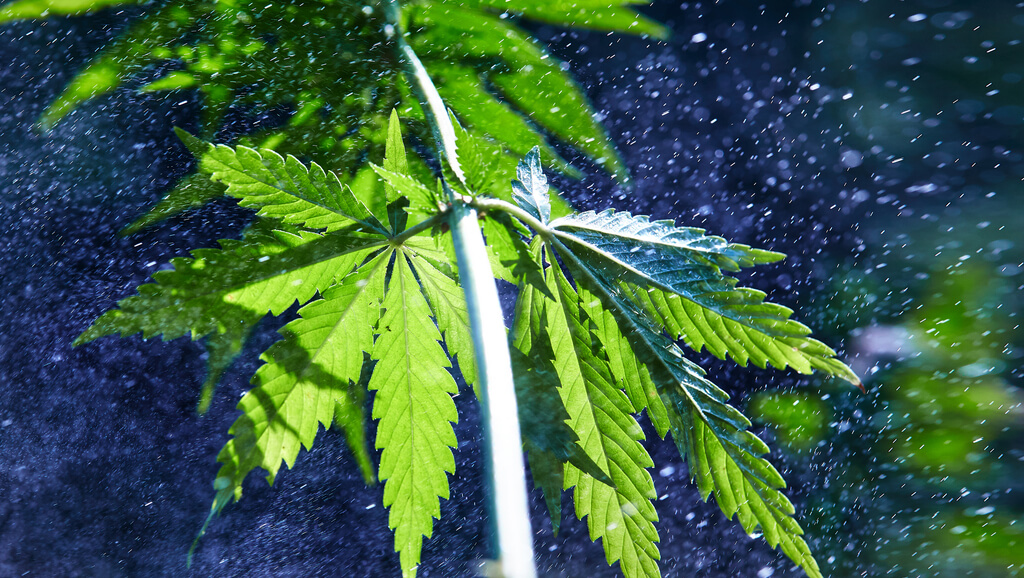 Troubling ethical issues—especially as they relate to the brains of young people—have been raised by the latest round of marijuana initiatives that won resounding approval from voters in the November elections. While most eyes were focusing on the presidential race between Joe Biden and Donald Trump, or on political races lower on the ballot, four states—Arizona, Montana, New Jersey, and South Dakota—decisively approved the recreational use of marijuana. This brings the total number of states that have done so to 15, plus the District of Columbia.

Most of the issues have been raised in previous legalization battles but have gained heightened importance and some new wrinkles after the latest round of voting. It seems clear that the American public is moving inexorably toward wider use of marijuana, so it is important to keep in mind that while states may make legalized marijuana available to people over the age of 21, federal agencies say the adolescent brain continues to develop until the mid- to late 20s, while some studies show that the frontal lobe in the adolescent brain is still forming at age 30.

Oregon voters approved a particularly sweeping and potentially historic step: the nation’s first measure to decriminalize personal use of small amounts of all drugs, not just marijuana but such “harder” drugs as heroin and cocaine as well. Punishment will be tantamount to a traffic ticket, not a jail sentence. The measure will also greatly expand access to drug treatments and harm reduction services, funded by savings from no longer arresting, incarcerating, and prosecuting people for drug possession, and by marijuana sales taxes.

From an ethical standpoint, it seems far better to treat drug use as a public health problem requiring medical treatment or health services rather than as a justification for locking people up and potentially ruining their lives. Advocates of drug reform hope Oregon’s step will spur similar action in other states and strike a body blow against the so-called “War on Drugs.” Such measures could help reduce the glaring, ethically unjust disparities in the punishment of Black people and other racial minorities for possession of small amounts of drugs.

Any ethical evaluation of marijuana policies should consider the latest scientific understanding of marijuana’s effects on cognitive abilities on adolescents and its potential downstream impacts on education, employment, job performance, and income. The most authoritative governmental sources are the National Institute on Drug Abuse (NIDA) and the Centers for Disease Control and Prevention (CDC), supplemented by a few other federal agencies. Most of the scientific information in this column is gleaned from their websites, buttressed by commentaries from outside experts.

The latest Marijuana Research Report from NIDA was updated in July 2020. A cover letter from Nora Volkow, the agency’s director, notes that marijuana is gaining greater acceptance in our society, making it “particularly important” for people to understand what is known about both its adverse health effects and potential therapeutic benefits. Whether the therapeutic benefits outweigh its health risks is still an open question that science has not resolved, the director asserts.

Marijuana is the second most commonly used psychotropic drug in the US, after ethanol (alcohol), and after years of its use tapering downward among high school and middle school students, rates have started back up. At the same time, teenage perception of the risks of marijuana have steadily declined. This is alarming because heavy use of marijuana at an early age can cause harmful changes in the brain, according to a growing number of studies.

This is clearly a red flag warning to protect teenagers from excessive use, and policy makers have an ethical duty to keep marijuana out of the hands of teenagers to the extent possible, through such steps as requiring valid identification cards before selling to minors. If nothing else, a vigorous educational campaign in schools and on social media platforms might mitigate the damage.

Whatever harm an individual may personally suffer from marijuana, it seems clearly unethical for users to inflict harm on others. In some homes, children have found and eaten marijuana edibles in overdose quantities. Parents have a moral obligation to protect them. There is some evidence, albeit inconclusive, that marijuana may increase the risk of motor vehicle accidents, threatening harm to others in the same car or in other vehicles on the road.

And whether smoking marijuana causes lung cancer, as cigarette smoking does, remains an open question. Considerable evidence suggests that students who smoke marijuana have poorer educational outcomes, such as reduced chances of graduating, than their non-smoking peers. But whether marijuana use directly causes these associations remains unanswered.

Although some studies suggest that marijuana may be a “gateway drug” whose users progress to “harder” substances, most marijuana users do not follow that pathway. A more plausible hypothesis is that people inclined to take drugs start with what’s readily available, such as marijuana, tobacco, or alcohol, and then interact with people who use other drugs that they, too, decide to try. NIDA calls for further research to explore this question.

Heavy users can become dependent on marijuana to function in life, but there are vigorous debates over whether they can be considered “addicted.” The CDC says that about one in six teens who repeatedly use marijuana can become addicted, which means that they may make unsuccessful efforts to quit using marijuana or may give up important activities with friends and family in favor of using marijuana.

A clear-minded article by a British psychiatrist in Cerebrum in early 2015 noted that most people enjoy cannabis (marijuana) in moderation and suffer no ill effects, but he cited studies that cannabis users had an increased risk of psychotic symptoms and full-blown schizophrenia. That judgment was more readily accepted in Europe than in North America, he wrote.

Looking ahead, it is important to recognize that several factors make marijuana more dangerous today than it was 20-30 years ago, especially for young people. The amount of tetrahydrocannabinol (THC) in marijuana, the main ingredient that causes a person to feel high, has increased greatly over the past few decades, from less than 4 percent in the early 1990s to about 15 percent now. Smoking of extracts and resins from the marijuana plant, which have 3 to 5 times more THC than the plant itself, is also increasing.

Vaping of marijuana is on the rise among high school seniors and college students, a dangerous trend because users tend to vape a higher concentration of THC than they would smoke. Meanwhile, eating food, such as cookies and brownies, infused with marijuana is also on the rise, posing added dangers. A 2019 study of emergency room visits in Colorado found that edibles were more likely than inhaled pot to cause severe intoxication, acute psychiatric symptoms in people with no history of psychiatric illness, and cardiovascular problems.

So-called “marijuana concentrates,” which contain extraordinarily high THC levels and can deliver it to the body quickly, may also be contaminated with toxic substances, raising the risks to unwary users. For adolescents, these concentrates may be throwing important development processes out of balance.

President-elect Joe Biden, who during his Senate career was considered a hard-line supporter of punitive anti-drug laws, softened his stance in comments during the campaign. He favors decriminalizing marijuana and expunging the convictions of low-level users so that there would be no permanent criminal record. He would allow states to set their own marijuana policies, but he does not favor federal legalization because he doesn’t believe there have been sufficient studies of its health effects. He favors changing the status of marijuana under federal law from a tightly controlled status that prohibits virtually all uses to a category that would makes it easier to conduct research on marijuana’s health effects.

He has also suggested that people convicted of low-level drug offenses should be forced into mandatory rehab programs in lieu of jail. He will need to ensure that whatever compulsion he tries to exert does not infringe on civil liberties.

Some advocacy groups believe Mr. Biden should push for complete legalization of marijuana and removal of virtually all federal controls on its use. For now, his measured approach seems reasonable for a substance about which much remains unknown. And it seems more likely to gain bipartisan political support.

But no matter what direction the political winds blow concerning legalization, the criminal justice system, and the influx of new marketing strategies for new and stronger product, we owe it to our children to study the effects of marijuana on their brain health and step up our efforts to protect them.