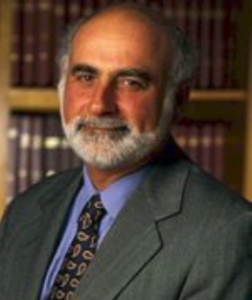 Your lab recently made progress into unravelling the mystery of “the spacing effect” of learning. Can you describe the goal of the study and what you found?

Spaced training, where individual learning sessions or training trials are separated in time, has been widely established since the seminal work of Ebbinghaus (1885) to be superior to massed training, where the same number of trials are either given continuously or separated by very short intervals. Although many attempts have been made to optimize the spacing effect, they have been based on trial-and-error approaches and without an underlying mechanistic underpinning. Consequently, most—if not all—training protocols used in animal and human studies are probably non-optimal. Recently, it has become increasingly clear through our work and work from many other laboratories that the improvement of learning found with spaced training protocols can be explained, at least in part, by the dynamic relationships between the training trial and the underlying cellular, molecular, and morphological mechanisms associated with memory formation.

Our study asked whether the inverse is possible. Can knowledge of the dynamics of memory mechanisms predict optimal training protocols? We used long-term sensitization of defensive reflexes of Aplysia as a model system because much is known about the signaling cascades for the induction of long-term memory (LTM) through the work of Tom Carew, Eric Kandel, Kelsey Martin, Wayne Sossin, and their colleagues. A mathematical model of the biochemical cascades predicted that a novel training protocol with irregularly spaced trials would enhance learning and LTM by maximizing the synergistic activation of the cascades. Empirical studies confirmed the predictions of the model. The “enhanced” training protocol produced greater long-term synaptic facilitation (LTF) and greater
LTM than the standard protocol.

We next asked, if irregularly spaced protocols can enhance normal learning, might modeling also predict protocols that restore learning impaired by a genetic mutation or by other physiological insults? We used siRNA techniques to knock down the expression of CBP protein and thereby mimicked the deficits in long-term synaptic plasticity associated with Rubinstein-Taybi syndrome. Simulations predicted that a “rescue” protocol with irregularly spaced intervals would restore LTF, a prediction that was confirmed empirically.

What are the next steps in this research?

Our studies were done with the invertebrate Aplysia. However, progress in understanding memory mechanisms has been greatly aided by the property that key molecular mechanisms of memory are substantially conserved from simple model organisms like Aplysia, where synapse-specific changes can be identified with particular forms of learning and predictions can readily be tested empirically. The results with Aplysia suggest that for some molecular lesions leading to deficits in long-term potentiation (LTP) and LTM, it may be possible in more complex organ-isms, including mammals, to computation-ally predict efficacies of numerous alternate learning or training protocols. This is a process that is impractical using empirical studies alone.

Long term, how do you see this research influencing the broader field of memory disorders?

The first priority in treating memory disorders is to identify the molecular lesion(s) and correct it. A second approach is to use pharmacological approaches to target key molecules involved in LTM formation. Our work shows that an alternate, although not mutually exclusive, way to improve memory is to develop novel training protocols that are in phase with the dynamics of the biochemical signaling cascades within neurons. This approach has numerous possible applications, including developing models of other memory systems, which in turn can be used to predict training procedures that improve human cognition and ameliorate cognitive impairments related to biochemical or genetic deficits. Moreover, combining pharmacological approaches with optimized spaced-learning protocols might yield even better outcomes.

The BRAIN Initiative has emphasized the importance of investing in brain research and the need to accelerate discovery. In response, The University of Texas System has created funding opportunities for local neuroscientists. Can you please tell us a bit about these programs?

In 2014, the NRC and the UTHealth Center for Clinical and Translational Sciences created the UTHealth BRAIN Initiative. From a pool of 23 applications, this program provided $50,000 to each of eight innovative seed grant projects from UTHealth Medical School faculty. These grants will allow our researchers to collect preliminary data they can use in proposals for the federal neuroscience initiative. The funds will also facilitate collaborative efforts in the neurosciences amongst UTHealth and local institutions such as Baylor College of Medicine, Rice University, and the University of Houston.

In addition to our announcement, the UT System has also created its own seed grant funding opportunity to align trans-institutional, multi-disciplinary research partnerships and teams to be competitive for future funding opportunities of the national BRAIN Initiative. This program, spearheaded by Patti Hurn, UT System Vice Chancellor for Research, and Tom Jacobs, Associate Vice Chancellor, is expected to award approximately $5M in total funding for up to 50 applicants. The UT System is considering additional initiatives, which include: creating a national recruitment initiative to recruit young leaders in neurotechnology research to Texas; creating a neurotechnology development fund; hosting Texas BRAIN meetings of different types for different purposes; promoting UT centers commit-ted to advancing studies in human subjects; and providing direct funding streams for planning meetings to help build research partnerships and teams.

You’ve been a long-time Brain Awareness Week (BAW) participant, and the NRC’s “Brain Night for Kids” has been a mainstay through the years. Why is it important to expose students to neuroscience at a young age?

Scientists are not the only ones with a “thirst for knowledge”; it is universal and it starts at an early age. Children in particular seem fascinated by what is inside their skulls. As scientists we need to do everything we can to satisfy their appetite and refine it. And, there is a connection to Ebbinghaus: the sooner we start the exposure, the stronger the memory will be after the next exposure.

I admit that there is something selfish about it as well. The glow in the eyes and wonderment of a third grader upon first touching a real brain keeps me energized and is a reminder of why I became a brain scientist and a member of DABI

On the other end of the spectrum, you’ve been a panelist for DABI’s Staying Sharp program several times. What do you think are the most important takeaway messages for this senior audience concerned with maintaining cognitive health?

The thirst for knowledge continues as we age, but is now more refined and questions become more directed at personal health. This area is far from my research program (my contribution to the programs has generally been to explain how neurons and memory work), but from what I have learned, you cannot go wrong with grandma’s advice about eating healthy and exercising. You can add to that staying married and socially engaged.

Although the old standby “use it or lose it” is catchy and still encapsulates current thinking, audiences are looking for more these days. For example, how much should they exercise and what type of exercise and intellectual activity should they pursue? And what specific diet should they follow? Clearly, we need to go beyond the observational studies and learn more about the ways in which these factors affect cognitive mechanisms. With that in mind, an important takeaway is that neuroscientists are making great progress in under-standing the brain and how it works, and they will be able to exploit this knowledge to develop optimal and more rational approaches to cognitive health

In addition to your participation in BAW and Staying Sharp, you champion public education and outreach programs at the University of Texas. The community benefits from the expertise of your staff, but how have these programs been beneficial to your institution?

Although the main goals of our programs are selfless, UTHealth has benefited greatly from the generosity of our tireless volunteers made up of graduate and medical students, postdoc-toral fellows, and faculty members. As a researcher, it is important to understand which issues are most important to the public and what their level of understand-ing is. It is imperative that the community generally understands how the brain works, or at least that neuroscience research needs their support. Interacting with the public through these programs allows us to better understand their concerns and to provide them with useful information. Along the way, UTHealth has become a trusted resource in brain health, at the local level.

Recently, our 20th annual public forum, “The Brain on Drugs,” caught the attention of Congresswoman Sheila Jackson Lee who attended the event and participated in the discussion. The lively debate on drug addiction allowed neuroscientists, a national politician, and community members to exchange views. Congress-woman Lee learned more about our Center, and at the event’s conclusion she publicly praised UTHealth for our research efforts to understand the brain and for our outreach efforts to help inform the public about advances in brain research and understanding brain disorders. That was an event with benefits that can’t be measured.