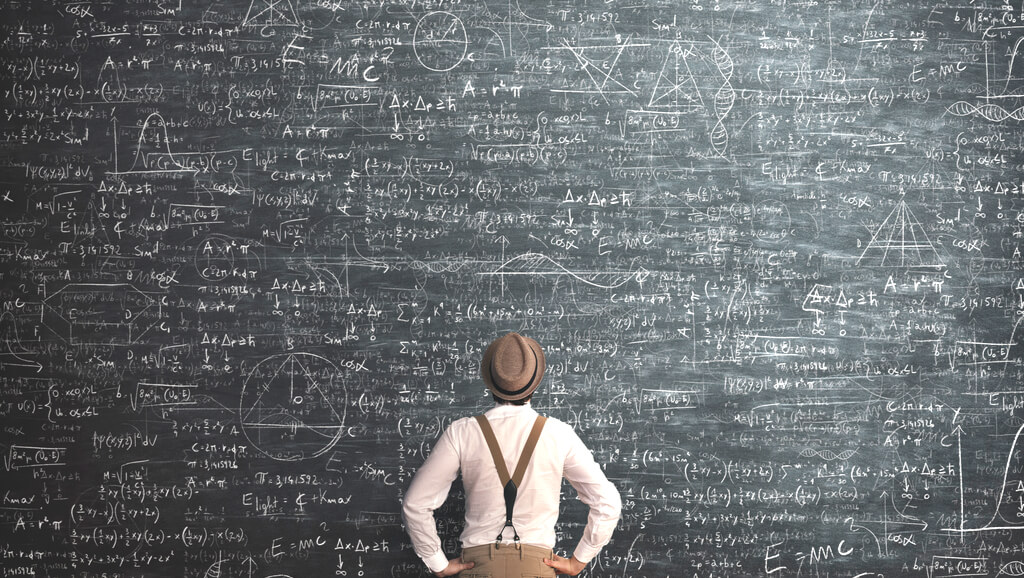 You often hear the word “calculating” used to describe someone who always seems to act deliberately, guided by reason rather than emotion. The idea behind this characterization is that human nature straddles a deep divide between thinking and feeling, but current research suggests otherwise. Brain-imaging studies, in particular, reveal an overlap between the sites in the brain that make it possible for us to perform mental arithmetic and those that enable us to regulate our emotions. In fact, these two dissimilar-seeming functions are housed in the same neighborhood of the cerebral cortex. But they don’t just reside near each other—they actually work together. “The processes that support one also support the other,” says Matthew Scult, a Ph.D. candidate in psychology and neuroscience at Duke University.

The locus of all this activity is the dorsolateral prefrontal cortex (dlPFC), which lies midway between the temple and the center of the forehead. “A number of different studies of the dlPFC have shown that it works to coordinate other parts of the brain, like the conductor of an orchestra,” Scult says. Together with senior author Ahmad Hariri and other members of his laboratory of neurogenetics at Duke, he has published a study that examined this brain region via functional magnetic resonance imaging (fMRI), which continuously monitors levels of blood oxygenation throughout the brain as an indirect measure of higher or lower levels of activity.

Volunteers were scanned while carrying out simple mathematical tasks that called on their working memory; as expected, the brain imaging showed heightened activity in the dlPFC during these tasks, with a fair amount of variation from one individual to another. The participants also underwent a standardized psychiatric interview and completed several questionnaires to assess their symptoms and subjective feelings of stress and their strategies for self-regulation of mood and emotions. Of course, the results here too varied among individuals, but one pattern appeared consistently: People who exhibited a higher level of dlPFC activity during the working-memory task also reported a greater ability to moderate their feelings, habitually reappraising and recalibrating their inner state as needed.

These results dovetail with the work of James Gross, professor of psychology at Stanford University and director of the Stanford Psychophysiology Laboratory. “The dlPFC is a key player, not just in emotion regulation but in a whole suite of related functions,” he says. Emotion regulation is the cognitive process of monitoring the environment and continuously adjusting one’s inner state to take into account new circumstances, demands, or constraints. For example, most children eventually learn to tone down their glee at winning a game when they see their friends are mortified at having lost; they also learn to console themselves after losing a game by, say, looking ahead to the next one. As psychology professor Kevin Ochsner, of Columbia University, explained in a recent paper, “Regulation has to do with bringing one’s current state in line with a desired state.” Emotion regulation, then, “involves active attempts to maintain or change emotions.”

Mental arithmetic and emotional regulation share a basis in what might be considered a kind of cognitive multitasking: They both call for keeping track of more than one concept at a time, says Ochsner, who directs Columbia’s Social Cognitive and Affective Neurosciences Lab. “My lab and others have shown that regions used in working memory are important for emotion regulation as well, because they involve keeping goals in mind while mentally manipulating ideas at the same time.” This dual perspective does not emerge spontaneously in the human mind but needs to be encouraged, by explicit direction and by example, as a mental skill that develops over a period of years. Most parents are familiar with this ongoing task, which comes to fruition only when their children reach adulthood and the dlPFC has matured to the point where it can coordinate signals from various brain regions.

Emotion regulation also resembles a skill in that it must be practiced repeatedly, almost like a set of muscles that can become stronger with use. “This is consistent with what we know from neuroscience in general, that the brain changes when you learn and practice new skills,” Scult says. The process of cognitive behavioral therapy (CBT) acts on this principle, teaching patients to challenge old ways of thinking about emotionally charged situations and so become better able to consider new, more adaptive responses.

For a close look at how the brain carries out the process of reappraisal in people undergoing psychotherapy, Gross and his colleagues followed 108 patients who had sought help for social anxiety. The patients were randomly assigned to one of three groups. One group underwent mindfulness training, another received treatment with CBT, and the third was assigned to a “wait list,” essentially acting as a control group. After weekly sessions for about 12 weeks, all the participants were followed for up to a year. The study was not designed to assess the relative effectiveness of these therapies; instead, the goal was to identify the mechanisms in the brain that enable these therapies to take effect.

Unexpectedly, though, the researchers saw one clear result jump out at them: The two approaches turned out to be comparable in efficacy. The different therapies were assessed by having patients answer questions such as, How able do you feel you are now to use your thinking to change how you deal with your feelings? Gross says, “We were actually shocked to find out how little difference there was” between the results of different therapies. He adds, “We’re now analyzing the data from the fMRI scans we took at regular intervals to see what was going on at the level of brain functioning that accounts for the therapeutic effect.”

Says Scult, “It’s possible that training the brain with mental math strengthens the capacity for emotional reappraisal, or perhaps continually running the process of emotional reappraisal increases the ability for mental calculations of other kinds like mental arithmetic. Because we measured these at the same point in time, however, we don’t yet know whether strengthening one skill will necessarily lead to improvements in the other.”

With so much recent research indicating that calculation and emotion share some of the same brain circuitry and continually feed into each other, this may be the time to set aside, once and for all, the classic philosophical distinction between reason and emotion. In fact, Scult says, “The use of the two different terms, cognitive neuroscience and affective neuroscience, may be doing a disservice to our understanding of the processing that actually goes on. The new idea making its way into the field is that emotion itself is a kind of information.”