Back to Parent Page
HomeCerebrumMigraine and Sleep: New Connections 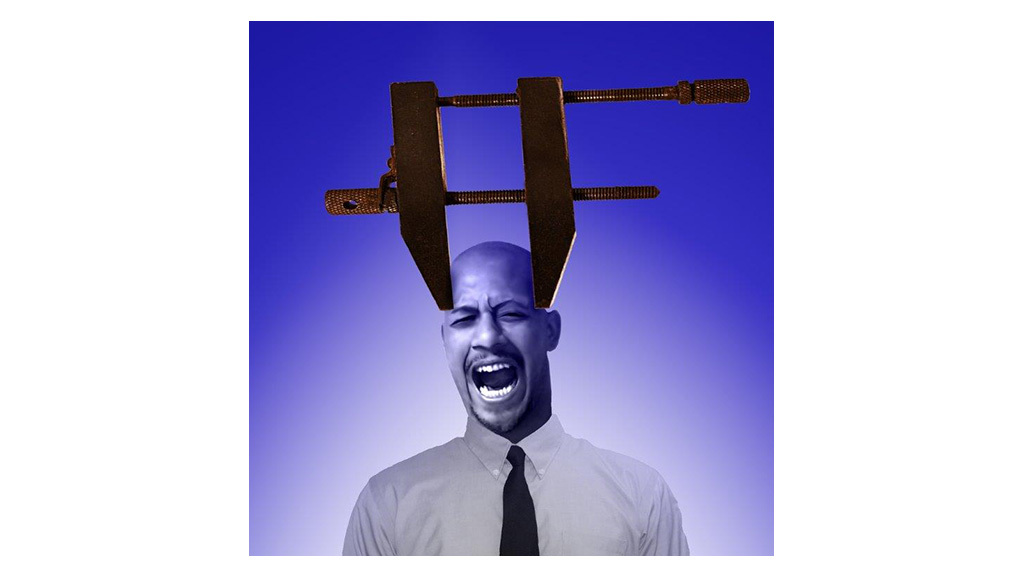 Both American and British cultures extol the moral virtues of the early riser. In 1670, in A Collection of English Proverbs, English naturalist John Ray noted in his A Complete Collection of English Proverbs that:: “The early bird gets the worm.” Next came the 1735 edition of Benjamin Franklin’s Poor Richard’s Almanack, which also clearly indicated that such virtue has its material and economic rewards: “Early to bed and early to rise, makes a man healthy wealthy and wise.”

From Thomas Jefferson’s “The sun has not caught me in bed for 50 years” to Henry David Thoreau’s “To him whose elastic and vigorous thought keeps pace with the sun, the day is perpetual morning,” such are the virtues attributed to the “morning lark,” arising early and singing productively at the day’s earliest hours. Even the songbird to which we refer is intimately associated with the earliest morning hours, such as in Chaucer’s “The Knight’s Tale,” “the bisy larke, mesager of day.”  And so much the worse for us poor “night owls” who find our most productive hours only after everyone else has gone to bed.

But before one fully endorses the virtues of “morning lark” versus “night owl,” consider that biologists have found either trait may be less a matter of moral virtue and more a matter of brain physiology. Scientists interested in circadian rhythms–the body’s own daily clock–have noted durable differences in activity pattern that distinguish the two metaphoric birds. The circadian rhythm is a biological clock that sets itself to daylight conditions, and regulates many physiological signals, such as a morning surge of activity-promoting corticosteroids from the adrenal glands and a nighttime peak of sleep-promoting melatonin from the pineal gland. The clock implicates the hypothalamus, the phylogenetic, ancient part of the brain responsible for keeping the body working steadily, on an even keel. Its so-called homeostatic functions cover a range of critical physiological functions, such as body temperature, blood pressure, feeding and satiety, blood glucose, and the regulation of sex hormones.

Circadian biologists have clearly established that even in the absence of daylight cues, there persists an internal clock persists. And while humans have evolved an internal circadian rhythm that corresponds closely to the 24-hour day cycle, there is a range of normal circadian lengths, which include both either shorter and longer rhythms. Those with shorter rhythms have circadian rhythms that arrive more quickly to the end of their day, and they are said to have so-called advanced sleep phase (ASP). Those with ASP have an internal rhythm both drives them to bed early and wakes them bright and early after a full night’s sleep, ready to take on the rest of the day.

Over the last decade, the recognition that the extreme morning-lark trait can run in families presented geneticists Louis Ptácek and Ying-Hui Fu with the opportunity to dissect the molecular pathways related to circadian rhythm in humans. This led to the revelation that a mutation of the hPer2 gene—the human homologue of the period gene that regulates the daily rhythm of activity in fruit flies—is a key player in how the hypothalamus keeps track of the daily rhythm that drives our innate pattern of wakefulness and activity.2 The fundamental significance of a common biochemical pathway underlying circadian rhythm throughout evolution cannot be overstated.

From a more personal perspective, it is also striking how the lives of those with a familial form of severe ASP (FASP) are deeply etched by the burden of their hereditary condition. With a drastically short circadian cycle, their physiological “day” runs out early, and these people (and their affected family member) are often driven to sleep by 7:30 p.m. Those affected report a lifelong pattern of activity that involves absolutely no night life, often springing to consciousness after a full night’s rest at 4:30 a.m. It was further good fortune for scientists to find that two other family members with FASP had alterations of the gene CK1delta, an enzyme that is also implicated in the regulation of the hPer2 gene in the hypothalamus.3

From Lark to Spark

Enter migraine, a complex brain disorder whose biology needs to be understood better. Migraine is a common type of headache that may occur with symptoms such as nausea, vomiting, or sensitivity to light. In many people, a throbbing pain only is felt on only one side of the head. Some people who get migraines have warning symptoms called an aura, before the actual headache begins. Migraine attacks last from hours to days and vary in intensity.

The connection made between migraine and circadian rhythm is a brilliant example of how different fields with no apparent connection can receive a completely unscripted and unforeseen spark of insight, waiting only for the prepared mind to grasp the opportunity. That inspired spark took place when migraine researcher Robert Shapiro realized that his patient, who was seeing him for migraine with aura, was a member of an extended Vermont family of extreme morning larks.

The details of this association (from a cellular or neurotransmitter point of view) still require further work, but one reason for all the buzz among neuroscientists is that this connection advances the likely role of the hypothalamus in migraine. In addition to the multitude of clinical associations between migraine and sleep, many other clinical features of migraine call attention to its connection between migraine and the hypothalamus.

In the lives of those effected by migraine —so-called migraineurs—sleep is a key factor.5 In fact,  any disturbance from the normal routine of sleep is often identified as a trigger of migraine, such as staying up too late, getting up earlier than usual, a change in activity pattern due to shift work, jet lag from crossing to many time zones, or even oversleeping. Accordingly, any persistent disturbance of regular sleep can be a cause of frequent or difficult to control migraine, such as an erratic sleep schedule, frequent changes in activity due to shift work, frequent interruptions of sleep through the night, a chronic illness that disturbs sleep quality, or the presence of a sleep disorder such as obstructive sleep apnea.

As a result, an important component of effective management for people with frequent or severe migraine is to identify the trigger factors and aggressively neutralize them. The major challenge is convincing the migraineur to make the often disruptive life adjustments that are needed to manage these triggers, and to give the changes enough time to assess their efficacy.

Migraine Triggers and the Smoking Gun

There are a range of well-established trigger factors for migraine that reference the hypothalamus. These are present in many but not all migraineurs, and even for those who identify, they do not represent absolute triggers (every time a migraine) but are merely associations. More often than not, these triggers can be thought of as cumulative physiological challenges that require the attention of the hypothalamus to normalize the physiological stresses they represent. These can include psychological stress, a skipped meal, overexertion with overheating, or lack of sleep.

This background connects with further recent developments implicating the role of the hypothalamus in the regulation of pain. Among many such examples, some of which may have implications for therapy, one recent line of evidence has shown that an antagonist to orexin, a peptide hormone associated with the regulation of feeding behaviors, can also suppress physiological responses to sensory stimulation to the cranial dura mater.7

Also, oxytocin (the so-called love hormone), a neuropeptide sometimes associated with social and nurturing behaviors in mammals, is thought to act on another hypothalamic regulator of blood pressure,: the vasopressin receptor, which geneticist Jeffrey Mogil and colleagues linked to a genetic variant in the human population that can change responses to pain in men presented with a high-stress situation.8, 9 Again, interestingly, preliminary evidence suggests that commonly available veterinary oxytocin can be administered through the nose in humans to cross the blood-brain barrier, and preliminary evidence suggests that it may also be an effective target for headache. Other neurotransmitters of the hypothalamus are also of great interest to migraine pathophysiology. These include melatonin10 and the so-called pituitary adenylate cyclase-activating polypeptide (PACAP),11 both of which are related to hypothalamic function.

Another independent line of brain imaging data suggests that the hypothalamus may have an early causative role in the pathophysiology of migraine.12 In this study nitroglycerin was used as an experimental stimulus to trigger what would otherwise be considered typical spontaneous migraine attacks in who also normally have early warning symptoms prior to the attacks. The activation of blood flow to the posterolateral hypothalamus during the warning phase, compared in baseline figures, implicates the early role of the hypothalamus in migraine attacks. Future study may challenge the homeostatic functions of the hypothalamus.

The moral to this story can be summed up in what Louis Pasteur once said of observational scientific endeavors: “Chance favors the prepared mind.” The link between migraine and sleep is, after all, a brilliant connection made by highly prepared and skilled investigators, working ever closer with many other collaborators. However, there are several other important points that stand in the backdrop. First, while there is still much work ahead of us to tease apart the mysteries of the hypothalamus and its connection to migraine, these converging lines of evidence provide some of the most original and exciting clues to date. Despite available therapies, further insights are urgently needed to inspire new therapies for the many who continue to suffer from this highly disabling disorder, one that needs to be prioritized more in line with its impact on society.

The impact, according to the American Migraine Foundation, is considerable. Medical care for the 36 million Americans who suffer from migraine accounts for up to an estimated $30 billion per year; American employers lose more than $13 billion each year as a result of 113 million lost work days due to migraine; nearly half of all migraine sufferers are never diagnosed and the majority do not seek medical care for their pain. Migraine disproportionately affects women and those of lower socioeconomic status,16 and chronic headache affects up to 36 percent of those returning from active combat duty in the conflicts in Iraq and Afghanistan.17 Studies by the Global Burden of Disease, a project of the World Health Organization, found that migraine was a leading cause of life-years lost due to disability.15

Yet despite the huge social burden of migraine, very few resources are assigned to understanding and treating this condition.13 One possible cause is that migraine is not considered a fatal condition. Another is that migraine is stigmatized, both in the media and by society, as an excuse to avoid work or commitments or “merely” a psychiatric condition.14 Over the last decade, the National Institute of Health (NIH) has dedicated $1.8 billion to multiple sclerosis research. At present, NIH funding for migraine research is $15 million—less than 0.03 percent of the annual NIH research budget. Surely, funding needs to be more of a priority if we are to continue to build on these recent advances. But for now—from both a scientific and social standpoint—the spark of insight in making the connection between FASP and migraine is most welcome.