Back to Parent Page
HomeArticlesObesity, Cognition, and Society: Ethical Warnings from the Sordid History of Eugenics and Scientific Racism

Each year the International Neuroethics Society (INS) holds a Neuroethics Essay Contest to promote interest in neuroethics among students and postdocs early in their academic careers. The International Youth Neuroscience Association (IYNA) also contributes to the contest and manages submissions from secondary and high school students from around the world. This is the winner in the academic category; the winning high school essay is by Cherie Fernandes, and the winning essay for a general audience is by Eddie Jacobs. 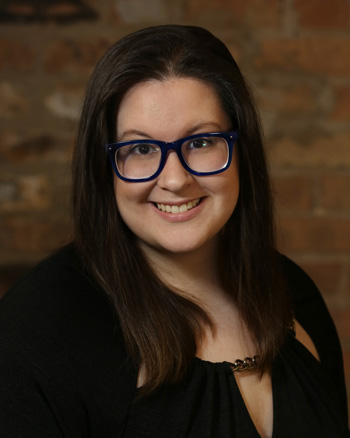 Globally, adult obesity rates have nearly tripled since 1975. In the United States, rates have risen from 15% in 1999 to 42% in 2018 and one out of every three children aged 2-19 is now being classified as overweight or obese. Indeed, the World Health Organization warns that “obesity is becoming the greatest healthcare burden affecting European society” (Wirtz, 2004). In most dominant first-world cultures, the social construction of obesity is of a preventable and catastrophic disease epidemic with a staggering economic burden to society caused by poor personal lifestyle choices. Here, I will outline a different perspective with important scientific and societal implications. Since the attribution of obesity as a poor personal choice, the prioritization of consequences to society, and long-held views of dualism and religious ideology interact to fuel an entrenched stigmatization of fat bodies as an indicator of a “willful” mental weakness and therefore moral failure, researchers exploring the relationship between obesity and cognition must start grappling with the ethical concerns of stereotype confirmation in this vulnerable population. Powerful ethical lessons from science’s history argue that special care, attention to detail, and counterinduction (Feyerabend, 1975) are essential when conducting and interpreting stereotype-confirming research on obesity, neurocognition, and intelligence—care which is vital both for the ethical conduct of science and for the objective pursuit of knowledge.

The Stigma and Stereotypes of Obesity

The prevalence of weight stigmatization and some of its severe consequences have been increasingly documented for decades (Puhl & Heuer, 2009; Hunger et. al., 2015; Rubino et. al., 2020), and yet there are almost no legal protections for weight-based discrimination. Much of this may be due to the conviction that most PoS are near-wholly responsible for their predicaments and that stigmatizing interpersonal interactions pressure them into “healthier” behaviors. However, despite the prevailing wisdom that diet and exercise—both dependent on the putative choice to simply engage “self-control”—are the core primary pathways into and out of obesity and all of its commonly-associated diseases (see CDC, 2020), the reality is that most PoS never obtain non-obese status on their own, even with successful weight loss through diet and exercise (Waseem et. al., 2007). Further, weight loss attempts often result in weight regain on an average of 30-35% of lost weight per year with most or all returning within 5 years (Puhl & Heuer, 2010), often resulting in weight cycling with heavy metabolic consequences (Mann et. al., 2007). This lack of effectiveness, however, is usually attributed to deficiencies in individuals’ cognitive abilities related to self-regulation.

The Current State of Research: Obesity, Cognition, and Neuroscience

Over the last two decades, researchers have begun documenting a wide variety of neurocognitive differences between obese and non-obese populations, initially inspired by the observation of low rates of long-term weight loss success. Research has illuminated that, in some sample averages, obese individuals have poorer executive function in a variety of dimensions including inhibitory control, cognitive flexibility, and working memory (Favieri, Forte & Casagrande, 2019), display poorer memory performance (Loprinzi & Frith, 2018) and motor control abilities (Wang et. al., 2016), and have neurostructural differences (Maayan et. al., 2012; Raji et. al., 2010; de Groot et. al., 2016). The major working hypotheses in this research typically takes on one of two approaches: 1) that poor eating habits cause cognitive decline, or 2) that stunted cognitive faculties cause poor eating habits. Theoretical models remain underdeveloped and attempts to certify a causal relationship, one way or the other, have so far failed.

Lessons from the Past (and Present)

Francis Galton, Charles Darwin’s half cousin, was a major contributor to science as we know it, introducing regression to the mean and the use of psychometrics. However, he was also the father of the eugenics movement. Galton’s work inspired both the British Eugenics Education Society and the American Eugenics Society, organizations which existed for decades and greatly influenced law and popular culture. Great human tragedies like the Holocaust were probably not Galton’s intent, and yet it was his life’s work that paved the road to its success—and he is not alone in this reality. The station and skill of a scientist’s position have been used to advocate for systematic prejudice and abuse on the basis of genetic destiny for over a century, often citing quantitative data from economic costs and measures of cognitive aptitude and physical health (Dennis, 1995).

At the turn of the 20th century, eugenicists looked to document and classify the hereditary superiority of northern white European elites, attempting everything from craniometry to a type of physiognomy attempting to link facial asymmetry and criminality (Reddy, 2008). After being inspired by the success of the recently-developed Binet-Simon IQ test, American psychologist and eugenicist Henry Goddard popularized its use in the States where it was used by a group of elite eugenicists as a basis to test the viability of the Sterilization Act of 1924 enacted by the state legislature of Virginia. Through forceful sterilization of Carry Buck—a ward of a state mental institution—on the basis of “feeblemindedness” and “immorality,” Buck v. Bell, 247 U.S. 200 (1927) was triggered. Despite it being later recognized that Carrie was neither “feebleminded” nor “immoral” and was institutionalized by her family to avoid shame after being impregnated from rape, the court upheld the statute 8-1 in a still-active decision famously stating that “three generations of imbeciles is enough.” With this strategically levied case, forced sterilizations were legitimized and the stage was set for U.S. laws stewarding in a new era of lawful eugenic practices targeted at the disenfranchised, ultimately providing the template that Nazi Germany would use to formulate their policy (Suuberg, 2020).

Perhaps the most salient summary of this prevailing mindset comes from psychiatrist Alfred Hoche, a major influencer to the classification system of mental illness now utilized in the DSM-5. In a co-authored pamphlet with lawyer Karl Binding entitled Permission for the Destruction of Life Unworthy of Life, Hoche posed the question “Is there human life which has so far forfeited the character of something entitled to enjoy the protection of the law, that its prolongation represents a perpetual loss of value, both for its bearer and for society as a whole?” (Torrey & Yolken, 2009).

The question posed by Hoche and Binding—a question which nucleated the secretive mass murder of psychiatric patients—displays a striking resemblance to the current-day issues raised about PoS. As previously alluded, discussions of obesity involve near-ubiquitous fearmongering about the direct and “hidden” costs of obesity to society (see Gonzalez-Campoy, J. M., 2019; CDC, 2020), including medical, productivity, transportation, and human capital accumulation costs (Hammond & Levine, 2010). This practice of accounting for the economic burden of a particular group of people—especially a vulnerable one—is the same one psychologist Berthold Kihn used against psychiatric patients in “The Eradication of the Less Valuable from Society,” inspiring Hitler to take action (Torrey & Yolken, 2010).

This is not to suggest that the neurocognitive impacts of different phenotypes of obesity should not be explored. Rather, the concern here is the ethical and methodological dangers of stereotype confirmation rooted in intuition-based exploration in the context of pervasive stereotypes, stigmas, and deeply-sedimented cultural beliefs without substantial, widespread, and perhaps uncomfortable counterinductive efforts (see Gorman, 1994). But more than that, it is to raise the importance of considering the unintended ways in which stereotype-confirming data may be used in policy, law, employment, and everyday social interactions to the potentially severe detriment of an already vulnerable population. The effects of failing to adequately consider these ethical concerns in neurocognitive research are already visible in stigmatizing messages from news articles with titles like “The greater your weight, the lower your IQ, say scientists” (Goswami, 2006) to tweets from famous professors of psychology saying “Dear obese Ph.D. applicants: if you didn’t have the willpower to stop eating carbs, you won’t have the willpower to do a dissertation #truth” and in discriminatory policies from barring pupils’ admission to top private schools if their parents are too fat (Connor, 2017) to requiring cognitive testing in obese individuals as a condition of insurance eligibility (Fox News, 2007). It is vital that the roots of eugenic ideology in psychology, medicine, and psychiatry do not go unnoticed as implicit truthful foundations for incremental progress (Pilgrim, 2008). Stereotype-confirming research regarding neurocognitive correlates of obesity in the sociocultural context of pervasive and deeply ingrained weight stigma have the potential to promote stigmatizing and harmful policy, stunt scientific and medical progress, and to ultimately generate further human tragedy.

The ethical responsibility of the scientific community is thus two-pronged. First, we must consider the way in which culture impacts our chosen avenues of research and how we interpret results.

Second, we must consider how our research choices interact with social station to impact culture, social stigmas, and the health of vulnerable populations. As suggested, counterinduction—purposeful reasoning against scientific assumptions—can be an essential tool towards the realization of both of these responsibilities. While it is true that a portion of the literature has found connections between cognition and obesity, is it possible that these connections are due to something other than what our intuition and the conventional wisdom suggest?

For example, learning and memory performance in animals have been demonstrated to be impacted by human handling (Costa et. al., 2012); is it possible that researchers’ biases are differentially modifying the way in which they handle obese versus non-obese animals, leading to erroneous conclusions on the impact of obesity on cognition? Additionally, it has been suggested in the literature that PoS use additional attentional resources to maintain posture under some conditions (Mignardot et. al., 2010); could it be that instead of having poorer cognitive function, PoS just utilize more of their resources to maintain balance? Perfluorinated compounds and other plastics were once thought to be inert, and as such have become ubiquitous in drinking water, food packaging, and food preparation since the 1940s; however, significant emerging evidence is now finding that these chemicals are actually endocrine disrupting carcinogens implicated in obesity. As such, is it possible that the common practice of inducing obesity in animals through feeding them high-fat diets does not actually represent most cases of obesity onset and maintenance conditions in humans and, therefore, is a poor phenotypical standard? And further, to what extent could these obesogenic environmental toxins, once thought to be safe, actually be the primary suspect in the metabolic and cardiovascular diseases usually attributed to obesity?

As philosopher David Smith (2007) remarked in The Most Dangerous Animal: Human Nature and the Origins of War:

The onus is on us to constantly monitor our own cultural ideologies for inconsistencies, blind spots, and biases when researching PoS whom our culture has affixed both with a great societal burden of disease and with a dehumanizing lack of mental faculty.

15. Goswami, N. (2006, October 15). The greater your weight, the lower your IQ, say scientists. The Telegraph. https://www.telegraph.co.uk/news/uknews/1531487/The-greater-your-weight-the-lower-your-IQ-say-scientists.html