Back to Parent Page
HomeArticlesGrowing Brains: Warnings from a Cell Line That Became Immortal

Each year the International Neuroethics Society (INS) holds a Neuroethics Essay Contest to promote interest in neuroethics among students and postdocs early in their academic careers. This is the winner in the general-audience category; the winning academic essay is by Khayla Black, and the winning high school essay is by Prithvi Nathan. 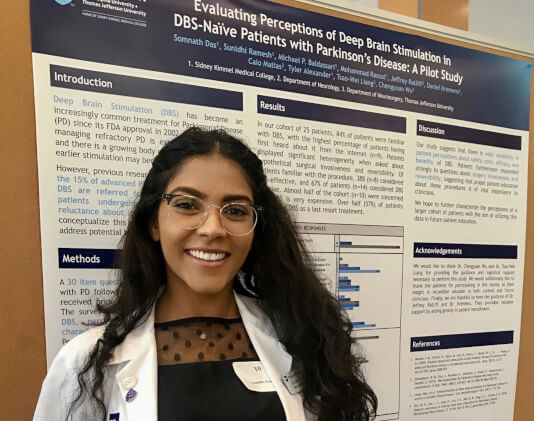 Seventy years ago, doctors Joseph Murray and John Merrill proposed a question that changed the trajectory of modern medicine. Could it be possible, they asked, to replace a dead or dying vital organ with a living one—to reverse a death sentence with only a surgeon and a scalpel?

The answer came in 1954, when the two doctors successfully transplanted a kidney from one monozygotic twin to another. Other teams quickly followed suit, with liver, heart, lung, and intestinal transplants becoming viable treatments for organ failure throughout the world; a few decades later, the procedure was adapted to include transplantation of functional structures—namely of the hands and the skin.(1,2)

It was as if we had bypassed nature’s law: the hourglass that was to inevitably time out could be delayed.

With all this progress, however, there remains one hurdle we have yet to overcome: the brain—or, more precisely, the degenerating brain. And while brain (head?) transplants remain largely fictitious, another less elusive field of scientific research may be a promising lead.

Neural organoids(1), known colloquially as “mini brains,” are artificially grown, in vitro (in a test tube or a culture dish) models of human brains; they use signaling molecules and other natural brain chemical processes to emulate the multifunctional environment similar to the one simmering in our heads.(2) In short, they serve as three-dimensional models of the human brain, outside of the human brain. The explicit purpose of these organoids is simple: they allow us to study what is an intricate, often undecipherable process –our brains’ functioning– in a more simple, straightforward manner.(3)

Neural organoids also have the ability to self-aggregate into 3D-units and to form functional neural networks.(4) At first glance, this seems to be no cause for concern; the structures are primitive, and advancements in this technology seem too far out into the future to warrant consideration. What issues could come out of this? Can we ever live in a world where cells have the ability to multiply innumerably in a lab, outside of our overt control?

Henrietta Lacks was 31 years old when a biopsy was taken to diagnose her with cervical cancer.(5) It was an aggressive strain. Relentless. She died eight months later, but the cells she left behind did not. They multiplied at unprecedented rates, seemingly immortal to the Hayflick limit(6), a phenomenon that defines the number of times a human cell population divides prior to the complete halting of cell division.

They were seemingly immortal altogether.

The scientist who propagated the cells, George Otto Gey, recognized the value of being able to study a single, consistent cell line and freely distributed it to researchers around the world. He later published an abstract claiming credit for developing the cells, in the process giving them a name—HeLa. In time, the scientific knowledge provided by HeLa eradicated polio, contributed to the formulation of the HPV vaccine, mapped the first human genome, and advanced our understanding of the Human Immunodeficiency Virus (HIV).(10) A sample of cells taken for a pap smear were, in many ways, the beginning of a medical enlightenment.

But Henrietta’s name was forgotten. She had never given consent to her cells being used for research, yet a part of her was very much alive, replicating around the world. Her family never received compensation for the profits HeLa yielded.(7) It was only until recently, when a book and movie(10) were put together in her name, that it became widely known that HeLa was indeed short for the woman behind the cells—Henrietta Lacks.

Neural organoids and the HeLa cells are similar in that they both grow in vitro. They are both used primarily for research and have contributed to a medical understanding of who we are and what we are made of. They are both, in part, human, as neural organoids are human stem-cell derived (often from human embryos). So, what does HeLa tell us about growing brains?

Henrietta Lacks’ legacy today conveys a story of prevailing racial tensions in medicine, consent (or the lack thereof), and the mishandling of privacy in the name of a transformative science. HeLa and what we have learned about the treatment of biospecimens can serve as scaffolds for how we choose to move forward with neural organoids.

But, in the background, an eerie concern arises. There is something inherently different about neurons—something that separates them from somatic and germline cells. Neurons can aggregate. They can relay signals and communicate. In fact, some organoids currently in development are “as developed as few months-old fetus[es], albeit smaller and with structural and functional differences.”(8)

When, then, can these organoids be more than just cells; that is, can they ever be intelligent? Have the capacity to think? Feel? Could they one day exhibit sentience? Consciousness? And, if so, whose consciousness would they obtain? The donor’s? Something else entirely?

HeLa may help us frame these questions by reminding us of the global footprint a single cell line can hold and how quickly that can happen. It is imperative, HeLa warns, that we address these questions before they become reality.

As we move forward with the development of neural organoids—perhaps even for the purpose of transplants(9)— the most important of these questions rears their heads. What does responsible research look like? And how do we prepare ourselves?

We may need those answers sooner than we think.