Back to Parent Page
HomeArticlesRedefining Justice: Updating Criminal Law to Reflect a New Understanding of the Mind

Each year the International Neuroethics Society (INS) holds a Neuroethics Essay Contest to promote interest in neuroethics among students and postdocs early in their academic careers. The International Youth Neuroscience Association (IYNA) also contributes to the contest and manages submissions from secondary and high school students from around the world. This is the winner in the high school category; the winning academic essay is by Sarah R. Zinn, and the winning essay for a general audience is by Eddie Jacobs. 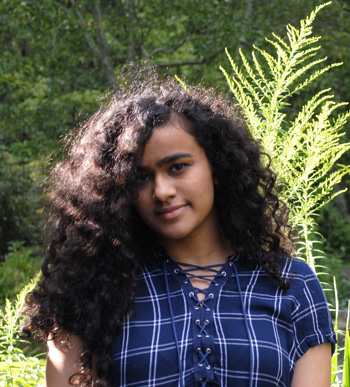 By Cherie Fernandes, The Lawrenceville School

In the year 2000, 40 year old George Sheppard* was arrested for possessing child pornography and molesting his 8 year old stepdaughter. He had no previous history of pedophilia, happily married for two years before his sexual implulses abruptly changed. George was fully aware of the immorality of his actions, baffled and appalled by the sudden and sickening changes, but felt unable to control them. He began to visit brothels, accumulated a collection of pornographic material, and, unable to contain his urges, made sexual advancements towards his stepdaughter. When his wife discovered the predatory behavior, he was removed from his home, upon which the behavior only worsened.

While awaiting his day in court, George began to complain of terrible headaches, and a brain scan soon revealed massive tumor in his orbitofrontal cortex, the region of the brain known to control sexual impulses. The tumor was removed, and with it, the pedophilic impulses and lack of self control. George completed a Sexaholics Anonymous programme and was able to return to his family. When deviant  sexual impulses returned a year later, another scan revealed that the tumor had as well, and so a second surgery rid George of the tumor and the pedophilic behavior, this time for good (Choi, 2002).

George’s case is not an isolated one. Similar themes emerge with Herbert Weinstien, whose abnormal cyst in his arachnoid membrane was likely directly linked to his 1992 mariticide, and Charles Whitman, a widely-loved ex-marine who recognized that he wasn’t himself as he brutally murdered several people due to a nickel-sized tumor in his brain (Rosen, 2007). As scientists continue to improve upon technologies that probe the brain, the link between neurological aberrations and criminal behavior becomes increasingly clear. Accordingly, legal cases involving brain damage become increasingly common (Eagleman, 2018).

George’s case in particular points to what Stanford neuroscience professor David Eagleman terms “hidden drives and desires [which] lurk undetected behind the neural machinery of socialization”. “When the frontal lobes are compromised,” Eagleman explains, “startling behaviors can emerge” (Eagleman, 2018). This disinhibition is also common in patients with frontotemporal dementia, a disease causing the aforementioned lobes to degenerate. The lack of impulse control often causes patients to violate social norms, and commonly landing them in court for the resultant crimes of public nudity, aggression, or shoplifting (2020). The composition of their brains leave them physically incapable of acting differently.

These, among other examples, demonstrate that behavior is inextricably linked to neurobiology. We are disgusted by George’s behavior—and rightly so—but can he ultimately be faulted for it? After all, who’s to say what you or I might do, if we were to develop brain tumors even as small as nickels, snatching our self-control? It is dubious to blame an individual whose actions are direct results of a  mental affliction. At this, one might rightly point out that the vast majority of crimes are not the result of sudden onset or chronic mental afflictions such as brain tumors. However, if we accept the principle that “one should not be blamed for actions the physical composition of their brain prevents them from controlling,” then we must consider all ways in which this physical composition, or neurobiology, may impact decision making.

Consider genetic predisposition to violence, or environmental influences, from prenatal factors like stress or drug use on the mothers part to childhood neglect or abuse impeding mental health development (Walinga & Stangor, 2014). There is choice in any of the above, and yet they have a tremendous impact on how one acts and thinks. We find it easy to look at someone who has committed a crime and assume “I wouldn’t have done that in their place,” but we likely haven’t been exposed to the same formative factors. What appears to be a voluntary action is the result of an intricate and unique set of cellular structures that make up your brain, and you’ve never had a say in them. All that is psychological is ultimately physical; the line where voluntary action, or “free will,” begins and predetermined biology ends is complicated further when brought to the justice system.

The concept of justice is premised on the idea that every individual has the free will to obey a social contract; a transgressor has chosen not to do so of their own volition and is thus deserving of punishment (2020). Therefore, when the truth of free will comes into question, our understanding of justice must be re-evaluated accordingly. Ruling on culpability necessitates drawing a firm line between fate and free will, a task that becomes impossible as the evolving field of neuroscience continues to shift that boundary. At the end of the day, it is unproductive and immoral to adhere to the traditional notion of justice when science continues to unearth the concept; a truly fair legal system would instead look ahead and focus on effective rehabilitation as a means of keeping society safe. This is ideal from a policy perspective as well, as mass incarceration continues to be a long-standing problem in the United States, China, and Russia, and a lack of legal reform is already linked to a host of other societal issues, among them racial descrimination (Mauer, 2017). The result should be an increase in policies that restore dignity and education to prisoners.

Furthermore, bringing neurotechnology to rehabilitative solutions provides a path towards re-integrating citizens into society while maintaining their integrity as humans: changing them as little as possible and on their own terms. Among them may soon be Eagleman’s “Prefrontal Workout,” biofeedback that uses real time brain imaging to allow users to watch and learn how to control that neural activity through their thoughts, strengthening impulse-control (2019). At the risk of detouring into pure philosophy, it is worth noting that the concept is not dissimilar to Plato’s Chariot Analogy in how the user is encouraged to self-moderate their behavior and thus remain responsible for their own identity change. These new strategies and a scientifically informed approach to sentencing serves to maintain a fair, humane system for criminal law as neuroscience continues to unearth the mysteries of the human mind.

*“George Sheppard” is a generic name used for narrative purposes. The actual subject of this case study remains anonymous.

CBC/Radio Canada. (2019). My Brain Made Me Do It – Prefrontal Brain Workout. CBCnews.