Back to Parent Page
HomeArticlesExploring the Ethical Implications of Neurotheological Studies 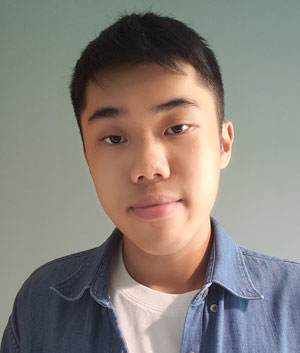 As neuroscience begins to reveal more about human thoughts and feelings, neuroscientists begin to postulate the possibility that God and religion are only made up and governed by some electrochemical signals in our brains. This article challenges the idea that neurotheology is able to make any definitive conclusion on the existence of supernatural beings on two major grounds – the ambiguity of neurotheological findings and the extensive, interdisciplinary nature of religion itself. Several notable theological studies and theories are highlighted in order to substantiate the basis of religion. In the end, since it can neither prove nor undermine the presence of
transcendent beings, the pursuit of neurotheology is completely ethical, provided that researchers remain open to different interpretations.

The Neural Substrate of Religion

As an example, a study carried out by Newberg et al. investigated the effects of a type of Islamic prayer, which is described to evoke feelings of “surrender” and “connectedness with God”, on brain activity by measuring changes in cerebral blood flow (CBF) using single-photon emission computed tomography (SPECT). Compared to a less intense Islamic prayer, the target sample displayed decreased CBF in the prefrontal cortex and related frontal lobe structures, and increased CBF in the caudate nucleus, insula, thalamus, and globus pallidus [2].

However, concerns arise with regard to the implications of neurotheological studies. Some people contend that neurotheology fallaciously attempts to reduce the historical and societal significance of well-established religions merely to electric signals and chemicals within the brain [3]. Challenging neurotheology in its current form as a proper field of scientific study, Dr Michael R. Egnor has suggested that one dangerous consequence of neurotheology is its implicit endorsement of a “prosperity gospel” in order to make the brain “healthier” [4]. While such concerns are valid and should be taken into consideration when pursuing neurotheological knowledge, it must be clarified that the fundamental nature of neurotheology is never an attempt to prove or disprove the existence of a supreme being.

Across all neurotheological studies and findings, interpretations of such tend to gravitate towards reductionism, aiming to disprove the existence or significance of religion and to replace it with neurological functions. A notable reductionist example is brain researcher Dr Michael Persinger. Persinger proposes that as the complexity of this brain activity is mapped and quantified mathematically, all religious phenomena should be understandable and predictable through mechanisms yet to be explained. Accordingly, Persinger has attempted to elicit mystical and altered states using weak electromagnetic fields with his controversial invention “God Helmet”, aiming to explain religion by revealing its neurological mechanism [5]. The study leads to implications pointing towards the illusory nature of religious ecstasy, which is the conclusion many reductionists have come to [6].

However, there is another notable school within the neurotheological field – the religionist. Instead of regarding neurological activities as the cause of supernatural events, the religionists consider them as our biological response to some type of paranormal powers, hence supporting the presence of a divine being [6]. Newberg, in response to criticisms towards his research, endorses neither schools. Newberg believes that even though a higher spiritual state may exist as a neurological state, all the brain scans simply explain the effects of such experience, rather than the cause and rationale behind it, whether or not it roots from neurobiology or if God actually exists [8]. Considering the ambiguity and openness of such findings and interpretations, even if there is a specific brain part or a neurotransmitter found to be correlational to the religious behaviour of human behaviour, there is no way to understand what causes the pursuit of religion. Neurotheology, therefore, is by no means a valid proof or disapproval towards our perennial question on spirituality and religion.

To further understand why neuroscience will not provide a conclusive solution to religion, one must keep in mind that religion distinguishes itself from an action or a thought. Religion is a phenomenon that not only includes personal experience, but also takes physical, cultural and social environments into account [9]. Understanding the neuroscience of religion allows us to uncover its impact on a personal level, but will never account for the entire phenomenology of religion. The nature of such requires interdisciplinary theories and research in order to maximise our understanding of it.

For instance, from a psychological point of view, one of the theories that explain the origin of religion hypothesizes that religion is a byproduct of the usual function of psychological non-religious mechanisms, such as the theory of mind, that evolved in ancestral contexts [10]. This theory provides a potential explanation for how religion originates, yet it still does not manage to address why it arises or whether a supernatural being exists. This example further illustrates the inability of one single discipline to understand religion fully. As a result, the major aim of neurotheology, and any discipline that seeks religious knowledge, are never to definitively uphold or deny the existence of religious beings.

Neuroscience allows us to explore the rationale behind our thoughts and feelings, but facing our continuous quest for the existence of supernatural beings, it is proven to be rather powerless on its own. The polarising battle between the reductionist and the religionist, and the broadness of religion seem to be in substantiation of neurotheology’s inability to solve the mystery. Thus, while continuing to increase our understanding on religion and its impact, neurotheology, and other theological disciplines, should be openly receptive to different viewpoints and interpretations, especially considering the heated religious controversies circulating our society.