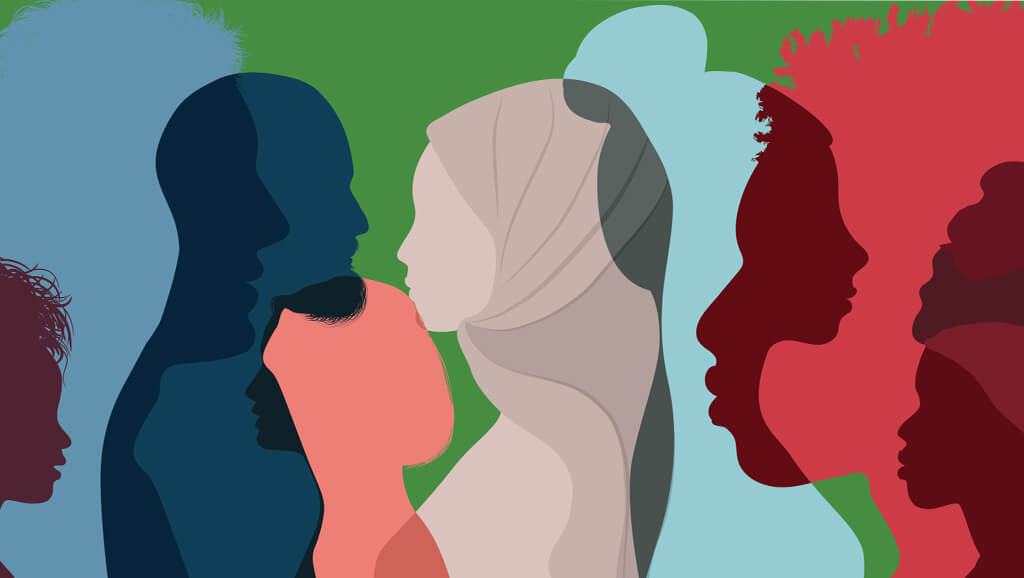 The Black Lives Matter protests have triggered an intense bout of soul-searching and frantic efforts to erase all vestiges of racism from institutions around the nation.

With all this ferment, it is not surprising that the tides of re-evaluation have lapped into the ﬁeld of neuroscience. Webinars sponsored by the Society for Neuroscience (SfN) in July and September laid bare the appalling lack of diversity in neuroscience and called for reforms to do something about it.

Just as there was a moral obligation to end slavery in the 19th century and there is a moral obligation today to end police brutality against Black people, so too is there a moral and ethical obligation to increase the representation of minorities in neuroscience as part of a national effort to rectify the injustices still permeating many aspects of American life. There would even be a scientiﬁc advantage to doing so. But there is clearly a long way to go.

Joanne Berger-Sweeney, Ph.D., the president of Trinity College, who moderated the SfN webinar, cited a startling and depressing statistic. She said that over the past 60 years, the percentage of Black, tenured professors in all ﬁelds (not just in neuroscience or other technical ﬁelds) increased by only two percent, suggesting that there is “clearly a problem in the system.”

The percentage for neuroscience was almost certainly even worse than the two percent overall average, which would have been buoyed by faculty hired to teach social science and political science courses focused on race-related issues.

A commentary in the July 23 issue of the journal Cell by an African American neuroscientist at Duke University asserted that “Even now, only one to two percent of scientists awarded major grants by the National Institutes of Health are Black.” He complained that the review systems used to select winners of these grants are biased against Black people.

The National Science Foundation published the number of neuroscience degrees awarded to various racial minorities and white people each year from 2008 through 2018. At all levels, Black students showed minimal gains over that recent decade. Meanwhile, a report from the Association of American Medical Colleges on “Diversity in Medicine” said that in 2018, only 3.6 percent of the full-time faculty positions in medical schools were held by Black people, who comprised 14.7 percent of the population in 2019. The Black share was well below the 63.9 percent held by white faculty and the 19.2 percent held by Asian faculty, the two largest contingents.

The most distressing ﬁndings were analyses showing that years-long efforts to promote greater diversity by recruiting more “minority” applicants and using “holistic” measures, not just test scores, to evaluate them had made only a marginal difference in advancing diversity in medical education, with the number of Black faculty members noticeably lagging. 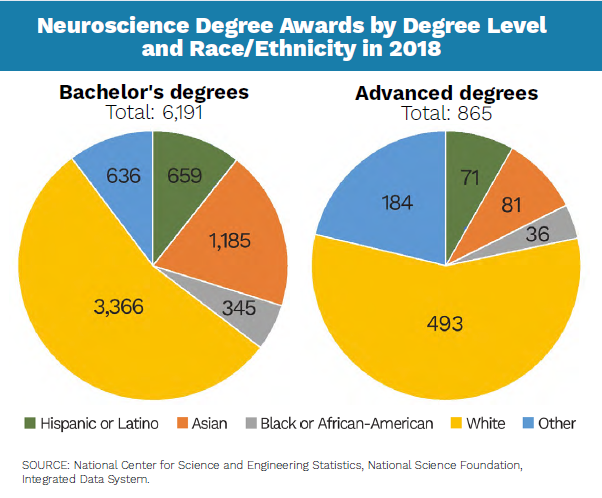 Once on the job, practicing physicians from non-white backgrounds often confront racism and bias not only from peers and superiors but also from patients. Such implicit and explicit bias can only be countered by an all-out effort to develop an inclusive, equity-minded environment.

A timely place to start would be to include many more Black subjects and physicians in the ongoing clinical trails for a vaccine to combat Covid-19. Four Black medical leaders have persuasively argued that participation by the groups most severely infected by the pandemic could build trust in the results and detect side effects not seen in white participants.

The editors of Cell pledged to do their part to highlight Black authors and perspectives in an editorial entitled, “Science Has a Racism Problem.” They acknowledged that Black scientists were underrepresented among their authors, reviewers, and on the advisory board, and they pointed to the “extreme disparity” in the genetic and clinical databases that scientists have built. The overwhelming majority of data comes from white Americans of European descent, resulting in a dearth of understanding of health and disease in Black individuals.

Meanwhile, the editor-in-chief of the Journal of the American Heart Association retracted a viewpoint article that had argued against affirmative action on the grounds that Black and Latino trainees in medicine were supposedly inferior to white and Asian trainees. He said that he and the association “condemn discrimination and racism in all forms” and that much more needs to be done to increase diversity in medicine and cardiology, including the publication of viewpoints recommending alternate approaches.

An apology for even more appalling past racism has been issued by the American Academy of Pediatrics, which repeatedly rejected Black physicians applying for membership starting in 1939 because, a member of the all-white executive board explained, “if they became members they would want to come eat with you at the table. You cannot hold them down.” To atone for past sins, the Academy’s board published a resolution apologizing for contributing to the racism that Black pediatricians had endured and stressed that Academy membership does not discriminate on the basis of race or multiple other categories.

A key federal agency published its strategies for enhancing the diversity of neuroscience researchers. The agency will search for talent at every level, from high school on up, and will provide resources and guidance to help them succeed until they reach faculty positions. One key element is meaningful mentorship all along the way.

A collateral beneﬁt is that diversity would help scientists solve many of the tough questions within neuroscience, the article said. It pointed to research showing that teams from diverse backgrounds outperform homogeneous teams in addressing complex scientiﬁc problems because they bring different perspectives and more innovative ideas to bear on the problem.

A positive development is that many universities and health care systems are launching efforts to diversify, including a particularly ambitious program established at Trinity College by Berger-Sweeney. Among multiple “action steps,” Trinity will (1) require all campus members and trustees to complete anti-racist and unconscious bias educational training this fall and (2) create six “special opportunity hires” (preferably at senior tenured positions) each year for the next three years to increase faculty diversity.

The college also established a task force that will provide “key metrics” to monitor its progress toward its goals. That could show whether a vigorous campus-wide effort to eradicate racism and promote diversity can succeed when so many previous efforts have fallen short. Other institutions need to follow Trinity’s example.

This article first appeared in the Fall 2020 issue of our Cerebrum magazine. Click the cover for the full e-magazine.