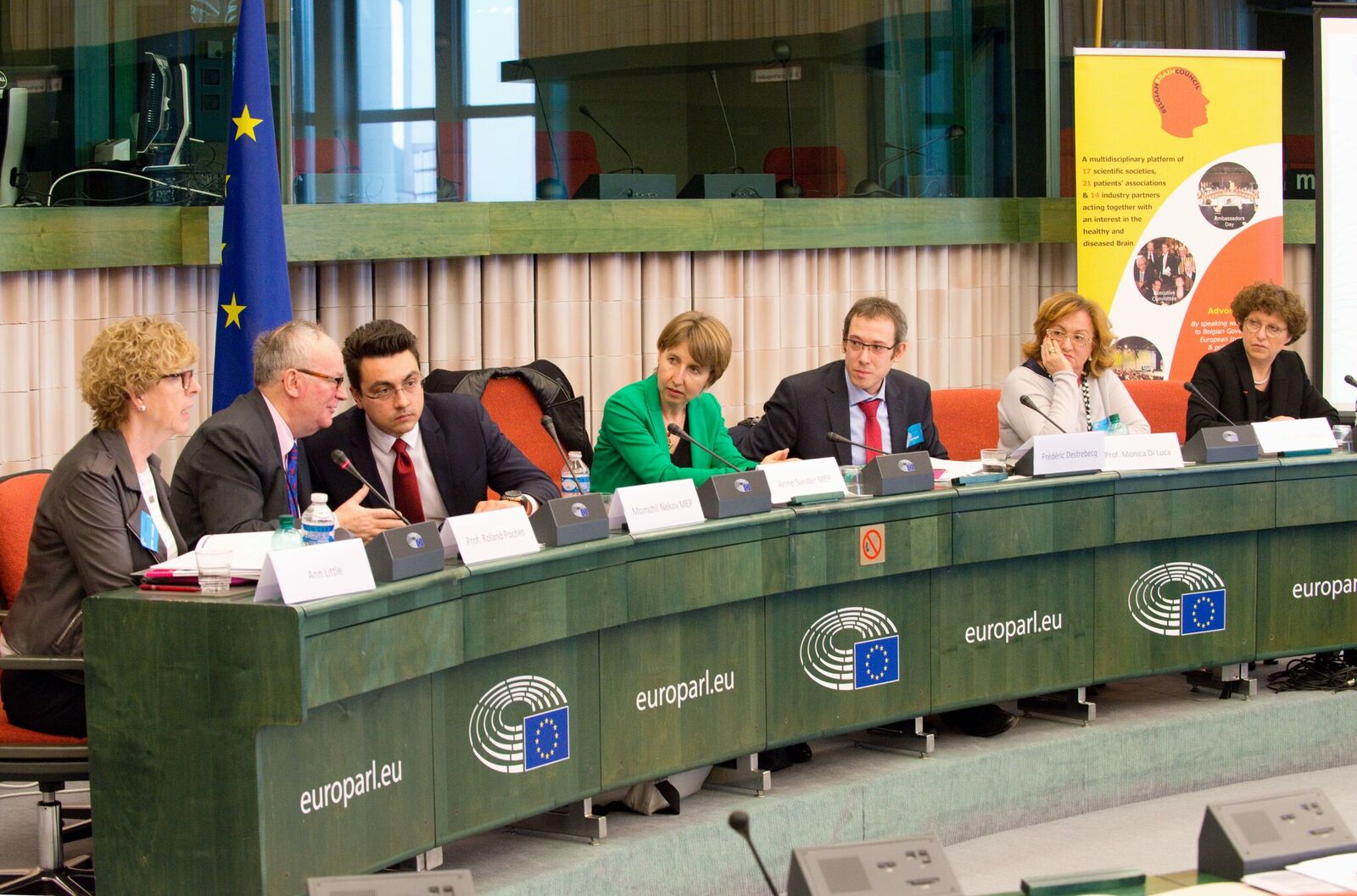 Today, Roland Pochet, Laura López-Mascaraque, and Université Côte d’Azur were awarded prestigious prizes for their contribution to advancing public education and awareness about the progress and promise of brain research. The awards are sponsored by the Dana Foundation and the European Dana Alliance for the Brain (EDAB), in partnership with the Federation of European Neuroscience Societies (FENS), and were presented at the 11th FENS Forum in Berlin.

“Reaching out to the public and sharing their passion for neuroscience research is one of the mandates that every neuroscientist should include in her or his activities,” said Pierre Magistretti, vice chairman of EDAB and past-president of FENS. “The recipients of the Dana/EDAB Neuroscience Outreach Awards exemplify such commitment. They have excelled in organizing public events at all levels of society, from primary and high school students to the general public to members of parliament. The commitment and achievements of the awardees reflect the mission of the Dana Foundation and EDAB and the engagement they have provided for more than two decades to support public understanding of neuroscience at the international level.”

Pochet, Honorary Professor of Cell Biology at the Faculty of Medicine of Université Libre de Bruxelles in Belgium, was honored with the Dana/EDAB Special Lifetime Achievement Award for Outreach on Behalf of Brain Research and a €2,000 prize for his dedication to participating in and expanding public outreach about the brain throughout his distinguished career. He became a Brain Awareness Week partner in 2003, and has since become the lead figure for the campaign in Belgium through his work at the Belgium Brain Council, much of which has been documented in the national press. Pochet also launched and continues to manage annual Brain Awareness Week talks and workshops in the European Parliament each March.

López-Mascaraque, a scientist at the Cajal Institute in Spain, received the Dana/EDAB Neuroscience Outreach Champion Award and a €2,000 prize in recognition of her significant contributions to the promotion of brain awareness through continued public outreach efforts for a period of three or more years. Her year-round activities have taken her to parts of Spain, Mexico, and Bolivia, where she’s spoken to diverse audiences, including patient associations, cultural associations, and primary and secondary schools.

Université Côte d’Azur in France received the EDAB-FENS Brain Awareness Excellence Award and a €2,000 prize in recognition of its outstanding presentation of a Brain Awareness Week public outreach program in the past two years. For this year’s program, “Brain of the Future,” they organized more than 60 events in collaboration with other French universities, utilizing the expertise of 130 neuroscientists. Topics included artificial intelligence, brain-computer interface, artificial neurons, and progress in brain research.

Candidates for the Neuroscience Outreach Awards are selected by a committee of neuroscientists including past winners and FENS and EDAB executives.