Empathy—the ability to perceive and share another person’s emotional state—is the subject of this month’s Cerebrum article, “ With a Little Help from Our Friends: How the Brain Processes Empathy.” Answering questions about her research and the latest on this aspect of social neuroscience is Peggy Mason, Ph.D., a professor of neurobiology at the University of Chicago and the author of Medical Neurobiology. Mason, whose lab is currently interested in empathetic healing and helping behavior in rats, offers an open online course, “ Understanding the Brain: The Neurobiology of Everyday Life,” through Coursera and held a lively discussion of empathy on Reddit recently. 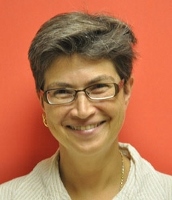 When and why did you decide to refocus your research from the cellular mechanisms of pain modulation to the biology of empathy and personal behavior?

Peggy Mason: A graduate student in 2008 who was studying human empathy with a University of Chicago colleague, psychologist John Decetey, inspired me. She wanted to find out if there was a biological basis for empathy. The simple way to answer that question is: ‘Do rats do it?’ The behavior of rats would suggest an evolved mammalian inheritance. They pitched the idea to me and we hatched a collaborative effort. It took about two years for me to make the transformation. The empathy research was just way too fun.

Most of the research in the biology of empathy and personal behavior centers on nonhumans — monkeys and rats to be more specific. What makes it so difficult to study human behavior in these areas?

Researchers are reticent to do to humans what we do to rats. For instance, we were able to separate rats at birth and raise them in a different environment with different strain mothers and litter mates. You are limited in the types of invasive investigations that you can do with humans.

In an answer to a question of whether rats mourn other rats on the discussion forum of The New Reddit Journal of Science, you responded that “data is just a lot of anecdotes put together.” How many anecdotes do you need before you have certainty?

Some things go from anecdote to fact and other things do not. I’ll give you an example: the notion that older people like hotter room temperatures. I don’t know if there has been a study, but you go to nursing homes or older people’s apartments, and they’re always hotter. I would be willing to bet that this anecdote has become a truism.

But other anecdotes aren’t going to amount to anything; or are one off. I look at a lot of animal videos and there was one with two chickens breaking up a fight between two rabbits. The person whose animals they were said it happened once. So what is that? It is an occurrence and an anecdote, but what it amounts to is unclear. It is not a consistent finding.

Two people witness someone being bullied or assaulted. One comes to the rescue while the other runs away. Is there one specific reason for either reaction, or are there a multitude of factors?

I recently blogged about what is called ‘the bystander effect.’ There are clearly a multitude of factors. The person who ran away may well have reacted as if they were the only one witnessing it. There is the social modulation of our feelings of empathy and our perceptions of need in terms of whether we then offer help or not. There is social modulation, a lot of diffusion of responsibility across different people. There is some suggestion that it might be a question of agency: how much can the person that is witnessing something going wrong affect the situation safely; is it there a way to do anything, etc.

As I read this really interesting book (The Unresponsive Bystander) written in 1970 by two psychologists, Bibb Latané and John Darley, which was based on the Kitty Genovese murder, an interesting question kept popping into my head: Would nonhuman animals show this effect or is this a human specific effect? I don’t know the answer to that, but it is certainly an intriguing question. What do we bring to the table that modifies our innate tendency to help another in distress?

You wrote in your Cerebrum article  that researchers are beginning to elucidate the brain circuits that support empathy and empathic concern in humans using functional magnetic resonance imaging (fMRI). What part of the brain are they looking at and, if this is just the beginning, what are researchers hoping to determine going forward?

Brain regions that have really come to the fore have been the interior cingulate cortex for the contagion of another’s distress and the prefrontal cortex for managing that personal distress; in other words, clamping down one’s own distress so that you can actually act and not be overwhelmed by the distress.

But it’s important to know that these are not the only two areas that are important. For one, fMRI studies tend of focus on the forebrain and we know there is a lot happening on the brain stem, which is harder to image and largely ignored by most researchers. One thing we can do in nonhuman research is to look at places that are less studied.

I’m a firm believer in human knowledge and the lofty call to increase it. Along the way, as we understand things better, there are translatable consequences. But to direct research simply for the translatable consequences is a huge mistake. All of our biggest advances have come when we are just trying to learn how things work, when we are looking at the basic biology or science of whatever it is that we are interested in.

What is the potential of this approach for informing all of us as to how a better understanding of empathy may ultimately benefit individuals and society at large?

Having said that I believe in basic research for advancing human knowledge, I also think there are lessons to be learned from what we have learned about empathy thus far. Just to be very simple about it, the bottom line is that the data shows us the biology of who we are and why we do what we do. For there to be social policy that is completely ignorant of the biology that underlines how people react to each other is just not sensible. At the policy table, along with political scientists and economists and psychologists, there should be biologists. We may not be able to explain exactly how we act, but we can explain a chunk of it, and it behooves others to listen.

Are there enough researchers are working in this area?

There are quite a few others; dozens I would say. People should go to where their intellectual curiosity drives them. If you do that, you will have passion for it, you’ll do good work, and we’ll find things out and move forward.

In this world, where people do not get along with one another, and where social cohesion is a big concern in modern society, understanding empathy is the most important question that we face. This is at the root of why politicians in Washington can’t get along, of how a person can behead another person, or can shoot a plane out o the sky and kill people they don’t even know. These types of questions can really be informed by social neuroscience and I hope that one day society decides to listen to us.