Sir Robin Murray, the author of this month’s Cerebrum article, “Appraising the Risks of Reefer Madness,” first began to wonder in the 1990s why more and more young people were seeking treatment for psychotic symptoms in the United Kingdom. Many had been excellent students and athletes and socially active when—with no apparent family history of psychosis or trauma— they had started to develop cognitive problems and then hallucinations and delusions. Common in many of their stories was one familiar refrain: they were known to have smoked huge amounts of marijuana. We asked Murray, M.D., professor of psychiatric research at the Institute of Psychiatry at Kings College in London and former president of the European Psychiatric Association, to embellish on some of the points he makes in his article. 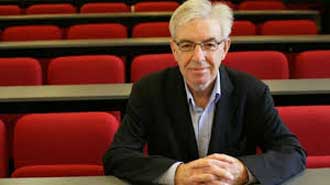 Is there a reason why your research pointing out suspected problems associated with cannabis use were met with such skepticism?

Robin Murray: Many neuroscientists and psychiatrists who think of themselves as liberals have long felt that the prohibition of marijuana is a bad thing. Maybe it’s because they tried cannabis a few times in the 1960s or 1970s, found that there weren’t any side effects, and concluded it was safe. Their reaction isn’t very different from the way many people thought about cigarettes in the 1950s, when the first studies first started coming out about the risks and many smokers thought the findings to be ridiculous. At the time, there were even advertisements that said that menthol cigarettes had a cooling effect that was good for a sore throat.

Do you think we’re making a mistake in decriminalizing marijuana and making it legal in some American states?

I have no problem with decriminalization. It’s daft to waste money prosecuting people for smoking marijuana and then sending them to jail. In the UK, although cannabis is officially classified as illegal, it’s difficult to get arrested for marijuana unless you blow the smoke into a policemen’s face!

On the question of legalization, we just don’t know enough yet and need to wait and see. There are really three big questions:

1). Will marijuana remain a cottage industry, or will it become a commercial industry like tobacco, with all the advertising and branding that goes along with it? It’s sad that Bob Marley, so long an icon for the underprivileged, is set to be the name of an international brand of marijuana supported by big business.

2). What would happen regarding teenagers? Although no one is proposing that we legalize it for those in their early teens, would legalization lead to increased consumption in this most vulnerable group? Some of the early evidence from the states that have legalized marijuana or medical marijuana suggests that consumption among teenagers is going up.

Most people who smoke marijuana have no idea where it comes from, the kind of strain it is, what has been sprayed on it, and other inherent dangers. Would government regulation lead to making it safer?

One argument for legalization is that it would be like a bottle of wine or beer in the sense that a label would disclose the concentration of tetrahydrocannabinol (THC) and cannabidiol (CBD), and people would have a better idea about its potency. The label might also advise that the cannabis be used with caution, warning that it is not a good idea to use huge amounts. However, that kind of warning on alcohol products doesn’t seem to have much of an impact on consumption.  Altogether I am content that Britain is far away from Colorado and Washington so we can afford to wait and see what happens over the next few years before we make our own decision regarding legalization.

Why is cannabis on the rise in the U.S. while in Europe it is on the decline?

In countries that had high potency cannabis earlier, such as Holland, England, and Australia, we began to see more problems related to psychosis earlier, which led to more research and public discussion about it. The potency of cannabis in the U.S. has been behind, although it’s beginning to catch up now.

Your article suggests that there has been far too little medical research on this topic.

It’s amazing how little research there has been into the effects of long-term use. Over the last 15 years, a lot of neuroscientists have become interested in the effects of the different cannabinoids; some very good research has been carried out at a basic level and a little on possible therapeutic uses. But in terms of clinical research on the possible negative effects of use on humans, there has been hardly any—maybe three or four groups in the world started seriously looking at this about 10 years ago. One is in the states; Cyril D’Souza and his colleagues at Yale.

Is there anything else that concerns you about cannabis?

A huge human pharmacological experiment is going on where people are throwing all sorts of unknown chemicals at their brains. Of course this is of great interest to neurochemists and psychiatrists interested in studying the effects. When I’m talking with young people, I always point out that they always seem so concerned about what they put on their faces in terms of the latest moisturizer or after-shave lotion. But I always ask them why they are not more concerned about what they throw at their brains – many will take any tablet offered to them in a night club without having any idea what it contains.