Back to Parent Page
HomeScientist Q&AsQ&A with Paul Zak, Ph.D.

On the heels of Paul Zak’s The Moral Molecule—the popular book that put a brain chemical called oxytocin on the map—comes a new area of interest: how oxytocin, triggered by inspirational storytelling, affects behavior. Zak, Ph.D., a neuroeconomist who first identified the hormone oxytocin as a biological signal for trust, authored this month’s Cerebrum feature, “ Why Inspiring Stories Make Us React: The Neuroscience of Narrative.” Zak’s article recounts his lab’s use of video to determine a link between narrative and oxytocin release, and how that link has the power to shape our attitudes, beliefs, and behaviors. 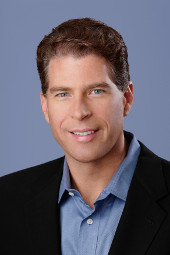 What led you to the discovery of oxytocin?

Paul Zak: We were looking for a good chemical marker for positive social behaviors. Nothing in the brain works independently, and I’m always skeptical when I hear things like ‘a distributed network of brain regions.’ I’m not sure what that means. Part of my background is in engineering, and I take an engineering approach to neuroscience in that I look for concrete, measureable, and manipulative mechanisms in the brain. Before I started running these experiments, there was a rich animal literature showing that oxytocin generates social recognition. I thought, gosh, going from recognition to trust or generosity or connection probably runs on a continuum so I should test this in humans.

Why is this research important?

It’s a super powerful lens to understand both human nature and potentially what we do all the time, which is trying to influence each other. How we do that intuitively is hard to articulate, but understanding the neuroscience behind that is something super useful. And not because I want to get a girl to go on a date with me, but because we are constantly interacting with other humans.

Can plasma measures tell us what is going on in the brain?

Base Basal levels of oxytocin in the blood are unrelated to oxytocin in the brain. But if I stimulate your brain acutely to make oxytocin, then evidence in animals shows that the change in blood reflects the change in the brain. In all our studies, we try to first measure the change in oxytocin, not at the chronic level, but in the change in blood and relate this to a behavior. Then we test if we can replicate the behavior by replicating administering oxytocin levels to participants synthetically to make sure that the oxytocin itself produces the behavior. If both the blood and synthetic oxytocin effects line up, then we have pinned down the brain mechanism. Both are needed.

Is oxytocin the only influence on vagal nerve activity?

No, it’s not, but it seems to be a key influence.

What do you mean when you write that oxytocin is “fragile?”

That it degrades rapidly in room temperature and has a very short half-life, about three minutes. We have developed protocols where we can stimulate the brain to make oxytocin, capture its spike with a rapid blood draw, and process the blood cold so we don’t lose the signal.

Inspiring storytelling causes oxytocin release and moves us to action, but how long does it last?

Once the story is over, oxytocin will degrade with an exponential decay. The permanent effect is a really an important and big issue. There is evidence in animals that the more one releases oxytocin, the more one strengthens the brain network that utilizes oxytocin. That is, repeated oxytocin release biases the brain to release it more easily or in greater quantities for similar stimuli. This could explain, for example, the work of Steven Pinker and others who have shown that the rise of literacy and especially the reading of fiction are correlated with a reduction in violence. There are lots of things that have caused the decrease in violence, but if oxytocin increases empathy, which our studies have shown,

Then that’s one possible mechanism through which reading literature could sensitize us to others’ plights and treat them in benign ways.

In animals repeated oxytocin release can have a permanent effect. In humans, we don’t know because we longitude studies are hard to do. Nevertheless, you and your kids’ should read good fiction; that’s the take home.

If inspirational storytelling can lead to generosity and good feelings, can a lack of it lead to aggression and violence?

We have shown in a forthcoming study that individuals diagnosed as psychopaths, on average, don’t release oxytocin after seeing an emotional story. This indicates a possible neurologic reason that psychopaths lack empathy. We have some evidence that in psychopaths and others we have studied with psychiatric disorders that impair social behaviors that the receptors for oxytocin are dysfunctional.

Why is the Department of Defense (DoD) interested in studying oxytocin?

For a very noble reason: to use words rather than bullets. If I tell you a good story to persuade you to cooperate with me, to help me do what I want to do, I don’t have to point a gun at you. The DoD understands that stories are powerful, and that they can be told in a way that helps reduce conflict.

How far along is the study of oxytocin?

Since we did our first studies in 2004-2005, the field has just exploded. My last PubMed search for human oxytocin research revealed about 10,000 publications. Before we did our work, there were about three. It’s really taken off, and that’s a good thing.

This seems like a fascinating area of research for product merchandisers to tap in terms of selling goods and services.

We just started to work for commercial clients. I like the discipline of that. If we understand the oxytocin system well, we should be able to use it to predict which ads and online campaigns and stories will be effective before they are released. This holds our feet the fire so to speak. We are able to predict the impact of ads with high accuracy.

Are you getting the kind of funding you need?

We struggle with that, so right now the answer is no. Corporate work helps keep my people funded. While we’re still developing technologies and conducting basic science research, it’s really fun to solve problems people come to use with and we’ve become a lab that’s focused on solving problems such as what the DoD faces by using all the tools available to us. This approach is useful because it solves problems but such work is fundable only from select organizations.