Back to Parent Page
HomeBriefingsParsing the Puzzle of Parkinson’s Genetics 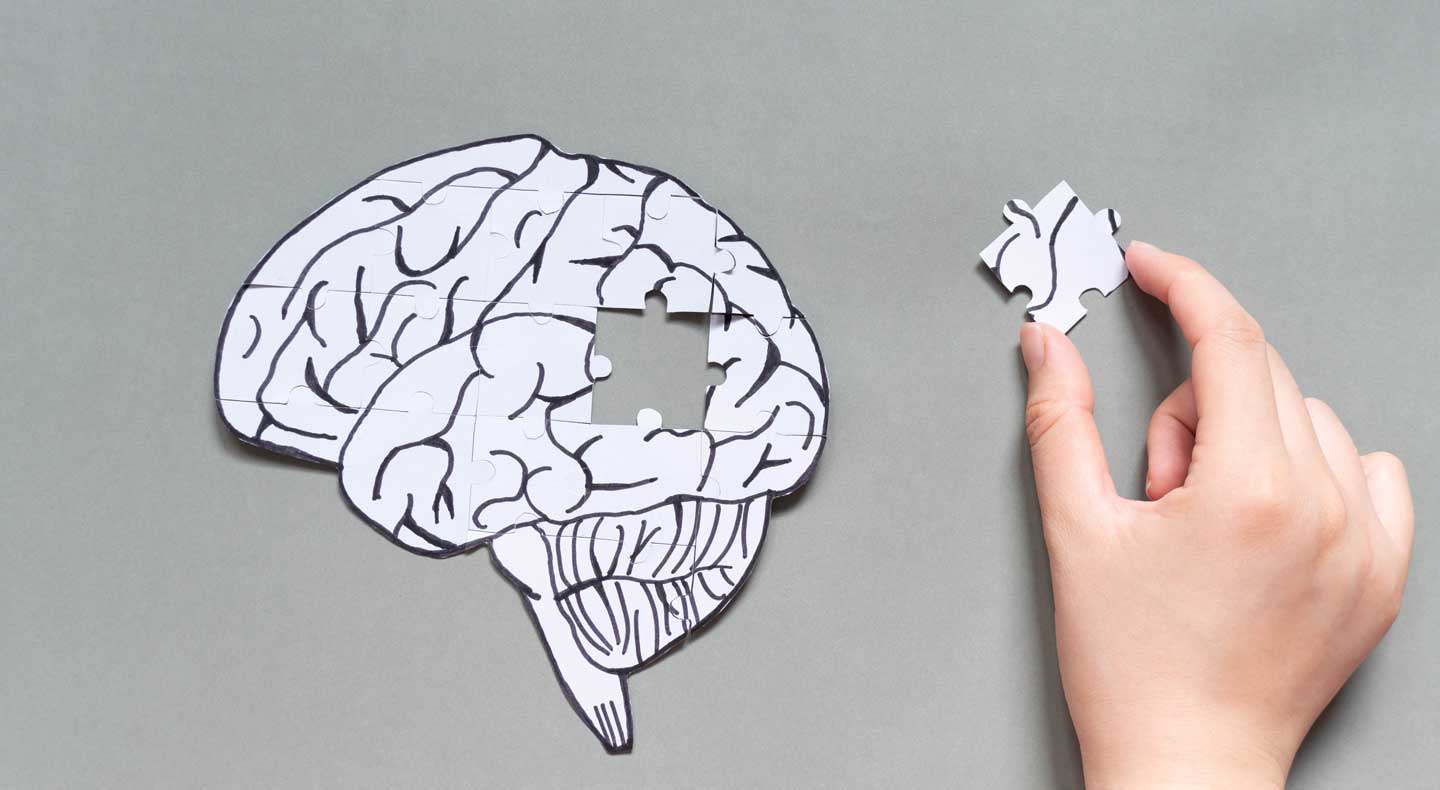 In the two decades since the first causative gene for Parkinson’s disease (PD) was discovered, there has been a gradual but inevitable change in the scientific understanding of PD as a hereditary disorder. Cumulative genetic discoveries have helped paint a new picture of the disease and uncover novel pathways that may finally provide an explanation for the progressive neuronal degeneration associated with PD, which remains one of the mysteries of medical science. The emerging picture is causing many in the field to rethink longstanding ideas about PD.

Of particular interest is the role of autophagy, a fundamental physiological process for recycling cellular waste that is the subject of the recently announced 2016 Nobel Prize in Physiology or Medicine. Revelations from research on known PD genes have established autophagy malfunction as one of the leading theories on what goes wrong to cause the characteristic motor and other symptoms of the disease.

PD used to be thought of as the prototypical sporadic disease–the genetic links were weak and no other cause was evident. While there is still no well-established cause, it is now clear that genetic factors play a significant role in the overall burden of the disease, not just in well-defined “pure” genetic forms, but in the much larger population with sporadic disease.

“For 20 years, the tide has been going out on the idea that genetics does not play a part in Parkinson’s disease,” says John Hardy, Ph.D., a molecular biologist at University College London and a leading researcher in the genetics of Parkinson’s. Each year more genetic risk factors were found, he says, even as the rate of new genetic findings relevant to the disease dropped off in the last decade.

“Genetics always plays a part,” Hardy says emphatically. “I doubt there are any cases where there is no genetic predisposition.”

Hardy stops short of calling PD a “primarily genetic disorder,” as other researchers have. Genetics alone does not explain every case, he says; unknown environmental factors and just plain chance also play roles. He points to a pair of 72-year-old identical twins his research group studied, one of whom had Parkinson’s for 15 years. The sister, whose genome was exactly the same, was without symptoms. “It’s obviously a bit more complicated than just saying genetics is destiny,” Hardy says.

Anthony Lang, M.D., a Parkinson’s researcher at the University of Toronto and member of the Dana Alliance for Brain Initiatives, says it’s still not clear to what extent genetic factors are contributing to sporadic PD. “Most people believe that there probably is an important genetic component. In some cases, it is very strong and probably sufficient to cause the disease, while in other cases, it may be that the genes act in combination with environmental factors. There may also be protective genes that we haven’t yet recognized.”

The genetics of PD is complicated because there are two levels of genetic relevance: genes that are causative and genes that increase risk. Pure genetic forms of the disease are caused by the inheritance of a single gene from one parent (in autosomal dominant forms) or both parents (in autosomal recessive forms). There are a number of well-established, albeit rare, monogenic forms of Parkinson’s. Synuclein (SNCA/PARK1/4) was the first PD gene discovered, in 1996. The second, dardarin (LRRK2), is the most frequent known cause of late-onset PD. A gene called parkin (PARK2) is the most common autosomal recessive cause. Altogether, the dozen or so known causative genes account for roughly 30 percent of familial cases of the disease, and an estimated 3 percent of all PD cases.

The vast majority of people with PD–at least 90 percent of cases–have no known family history of the disease, making these so-called sporadic cases the largest population by far. Sorting out the genetic contribution to sporadic disease is a puzzle whose pieces have come together bit by bit from the accumulated data of 20 years of genetic studies. These include twin studies; gene linkage studies, which analyze families with multiple cases; genome-wide association studies, which compare large swaths of the population with patient groups; and most recently, whole genome sequencing.

Dozens of chromosomal “regions of interest” have been uncovered using these tools of modern genomic science. It’s quite clear, says Hardy, that “even sporadic disease has genetic predisposition, and we’re now understanding that better.”

Risk-conferring genes are not sufficient in and of themselves to cause the disease; rather, they increase one’s likelihood of developing PD. The degree to which risk increases for any one individual carrying any one risk-conferring gene is impossible to say, but Hardy estimates it may bump one’s chances of developing Parkinson’s three- to five-fold.

There also may be an additive effect of risk genes: the more an individual has, the greater the likelihood of developing disease. Genes that act on similar pathways–for example, different aspects of autophagy–could have a cumulative effect that is greater than each individual gene, and genes that act on different pathways altogether could, in theory, have a synergistic effect.

Mutations in a gene called GBA are so far the most common genetic abnormality found in PD patients. GBA encodes glucocerebrosidase, a housekeeping enzyme used by lysosomes–a critical piece of the autophagy machinery built into every cell. Lysosome organelles act like recycling centers for the cell, collecting and processing cellular garbage, toxins, and bacteria. When lysosomes malfunction, cellular junk can build up. GBA mutations cause the most common lysosomal storage disorder (Gaucher’s disease), and the gene’s involvement in parkinsonism was discovered because so many relatives of people with Gaucher’s disease develop PD symptoms.

Yet GBA is just a small piece of the genetic puzzle of PD. Genome studies keep pulling up more candidate risk-conferring genes and regions of interest, complicating the puzzle more than completing it. Many of these mutations also interfere with the autophagic system in one way or another. LRRK2, for example, is emerging as a kind of “master regulator” of autophagy, Hardy says, and there is some evidence to suggest that if a person carries both LRRK2 and GBA, risk of PD increases. Lang says other recent research suggests that GBA mutations raise disease risk in association with a range of other known causative genes as well.

“Probably the newest development in terms of genetics and how genetics has had an impact on our understanding of the pathogenesis of PD is the expansion to another cellular mechanism, autophagy and lysosomal function, that hadn’t been appreciated previously,” says Lang.

A major goal driving genetic research are the twin needs for earlier diagnosis and disease-modifying treatments. Like other neurodegenerative diseases, the disease processes underlying PD are likely to start years before the characteristic symptoms are obvious–as many as 15 years in the case of PD. The earlier the diagnosis, the greater the chance that therapeutic intervention can make a difference. Studying causative and candidate genes to understand the functions of the disrupted gene products reveals clues to the underlying pathophysiology of the disease, which eventually will lead to biomarkers to aid early diagnosis as well as to new targets for drug treatment. At least, that is the hope.

Already, Lang says, there are drugs in early developmental stages that are based on new understandings garnered from the study of the GBA and LRRK2 gene products. Clinical trials of investigational drugs are complicated by the fact that what we call Parkinson’s is most likely a heterogenous group of disparate disorders with different causes. This is evident in the fact that the pure genetic forms of the disease have widely varying ages of onset and rates of progression.

That fact also complicates early diagnosis, but even there, progress is evident. “Genetic information is already helping diagnose Parkinson’s disease,” says Hardy. He points to a recent study by National Institute on Aging neurogeneticist Mike Nalls, Ph.D., and colleagues that demonstrated the feasibility to predict who is likely to develop PD based on a combination of genetic data and clinical testing, including a smell test to screen for olfactory malfunction, an early marker of possible PD.

The study lays out a potential roadmap for early identification that might look like this: You go in to a clinic at age 55 or 60 for an annual checkup. They do a smell test as an initial screen. If that shows olfactory impairment, you go for a whole-genome analysis that searches for known PD-related mutations. If that indicates you’re at high risk, perhaps you go for a brain scan that measures dopamine, the major neurotransmitter implicated in Parkinson’s, and so on.

Hardy says a similar process is close to being actualized to identify early Alzheimer’s. As scientific understanding of the spectrum of risk genes increases, the accuracy of predictions will get better.

While this may well be the clinical norm once “neuroprotective” or disease-modifying therapies are available, Lang cautions that right now this type of approach can only be justified as part of research efforts in defining people at the very earliest stages of the disease.

Hardy believes this kind of pathway might develop across the board for such relatively common late-onset diseases as PD and Alzheimer’s disease, if we understand enough about the genetics and we’ve got reliable markers of early change. “Putting those things together should make it possible to identify people right at the beginning of the disease process,” Hardy says. “We think that is going to be the key to effective therapy.”