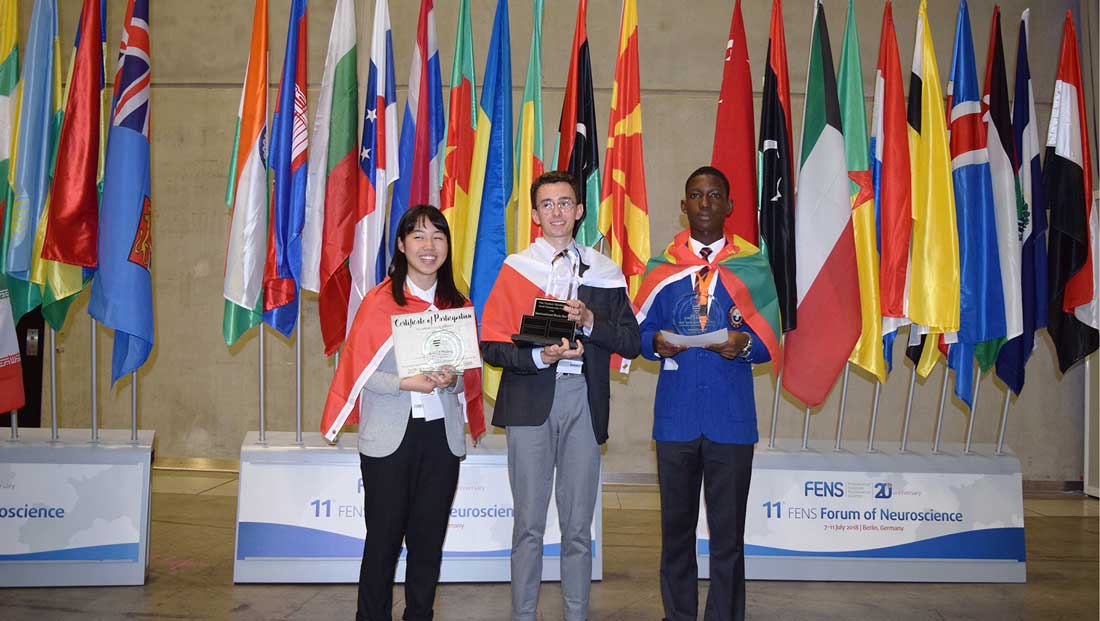 The International Brain Bee World Championship took place in Berlin, at Europe’s largest brain research conference: the Federation of European Neuroscience Societies (FENS) Forum. Twenty-five finalists, aged between 13 and 18, represented their countries after placing first in their respective regional and national Brain Bee competitions earlier this year. More comprehensive than the local- and national-level contests, the championship features five sections that explore the student’s knowledge of theory and practice in research neuroscience and medical neurology. After three days of exams on neurohistology (the branch of histology that deals with the nervous system), neuroanatomy, patient diagnosis, and a question and answer session with a live judging panel, the five judges—who are all neuroscientists themselves—declared 18-year-old Piotr Olesky from Crakow, Poland, the grand prize winner.

Contestants traveled from all corners of the world, including Australia, Brazil, Malaysia, South Korea, Granada, the United States, India, and China, to take part in the competition. In its 20 years of existence, this is the first year a female student from Iran has come to participate. Not only that, the 15-year-old Mahsa Arman placed fourth. Her victory follows Canada’s Huai-Ying Huang, 17, who placed third, and Grenada’s Giovanni De Gannes, 14, who took home second place. Sixteen-year-old Elaine Cheung from Australia placed fifth.

“The goal of the Brain Bee is to inspire young men and women to study the brain and motivate them to think about careers in basic and clinical neuroscience,” International Brain Bee founder and chair Norbert Myslinski, Ph.D., said in an official press release. “We need these young people to treat and cure the 1,000 neurological and mental disorders around the world.”

In addition to their other interests, such as music, literature, and film, the finalists all share a passion for understanding how the brain works. They wish to pursue medicine, biology, or work as a mathematician or computer scientist to bring further progress to neuroscience.