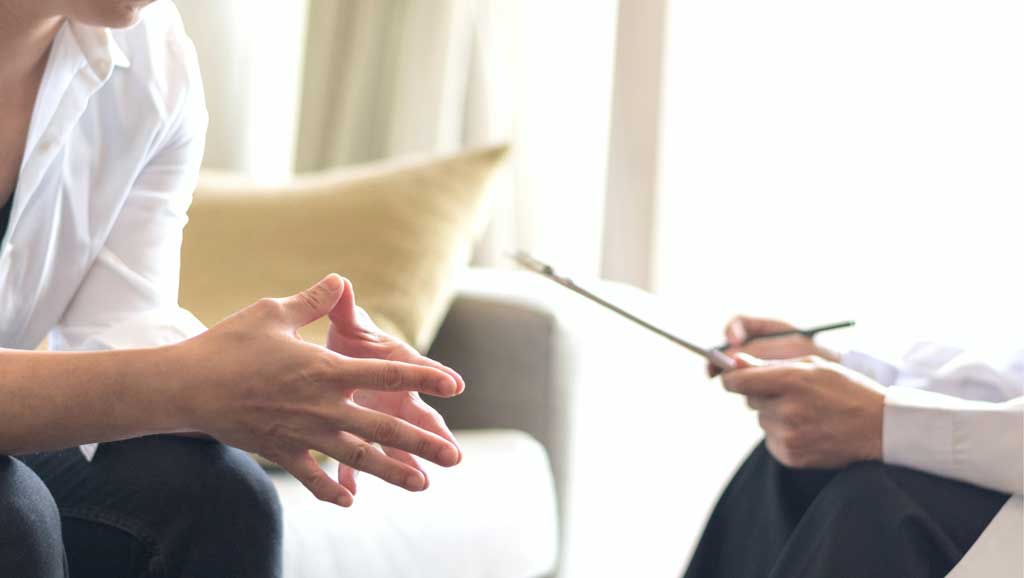 When we think of psychiatrists, we don’t usually think of fMRIs and EEGs. But maybe it’s time we did. With the increasing prominence of neuroimaging in the psychiatric researcher’s toolkit, the idea that mental illness is brain disease has taken on form and color.

“There has never been a more exciting time to be a psychiatrist, when neuroscience is poised to transform the way we practice,” Sarah Lisanby, professor of psychiatry at Duke University, said at the annual meeting of the American Psychiatric Association.

Studies of regional activation and functional connectivity are particularly suggestive in this regard, presenters at the meeting said. “We’re not there yet, but we can see how transition to a ‘circuits first’ approach to mental illness will happen,” said Amit Etkin, associate professor of psychiatry and behavioral sciences at Stanford University. “We’re at an inflection point.”

In modern-day psychiatry, the very definition of mental illness is “up in the air,” Etkin said. It needs to be anchored in something objective, and neuroimaging might provide such an anchor.

These regions are prominent in the “salience network,” which directs attention, selecting among stimuli to highlight those of importance. “It’s a kind of warning system,” Etkin said.

A later meta-analysis of fMRI studies found dysfunction in circuitry that included the same regions. Like grey matter reductions, these abnormalities were common to all the major mental illnesses and most pronounced in psychosis.

Circuits in disease and recovery

In specific disorders, abnormalities in regional activity and connectivity may predict, better than the severity of symptoms, how patients will respond to treatment, he said. For the 25-30 percent of depressed patients in whom prefrontal cortex activation is diminished, for example, antidepressants are significantly less likely to work. In studies of PTSD, more abnormal activity in the PFC-amygdala circuit that processes anxiety predicted poorer response to exposure therapy, the most effective treatment for that disorder.

In both conditions, “the healthier the brain looks, independent of symptoms, the better patients do,” Etkin said.

Studies using EEG, which is simpler and considerably less expensive than fMRI and thus more practical for clinical use, told a similar story: closer-to-normal prefrontal connectivity in PTSD patients, for example, foretold a better outcome.

With some treatments, however, researchers have found an inverse relationship between brain health and treatment success. A study of depressed patients treated with transcranial magnetic stimulation (TMS), for example, linked more abnormal connectivity with a more robust response.

Functional imaging before and after treatment also offers an insight into how TMS might work, Etkin said. In one study, “there was an increase in global connectivity [between the site of stimulation] and other networks” with successful treatment. In particular, TMS restored the regulatory relationship between the PFC and amygdala seen in healthy individuals.

“How then can neuroscience transform psychiatry?” he asked in conclusion. “The evidence suggests we need to find the points of circuit dysfunction at the level of the individual and normalize them, as well as improve behavior and symptoms.”

Activity at the interface of neuroscience and clinical psychiatry is particularly lively in depression research. Presentations by a group of researchers at Weill Cornell Medical College suggested how neuroscience might guide the development of new treatments and application of existing ones.

Conor Liston addressed the vexing issue of heterogeneity. “There are 256 ways to meet criteria for depression, some opposite to one another: hypersomnia and insomnia; weight loss and weight gain. Treatment response is similarly diverse: “We know treatments are effective, but not for everyone; a frustrating trial-and-error approach is often necessary,” Liston said.

To better match patients to treatments, he said, “for the last four decades the approach has been to search for subtypes based on clinical symptoms and associated biological markers. There is little to show for it.”

Could neuroimaging do better? Liston described work in his lab that mapped activity throughout the brain and identified features important in depression. “We searched for subgroups of patients with similar patterns of altered functional connectivity,” he said. “There was strong evidence for at least four clusters.”

These patterns corresponded to different symptom profiles: anhedonia (reduced motivation or ability to experience pleasure) was more pronounced in subtypes 3 and 4 compared to 1 and 2, while anxiety levels were higher in subtypes 1 and 4 than 2 and 3.

The associations made neurobiological sense, Liston said. The two high-anxiety subtypes had in common diminished functional connectivity between the ventrolateral, prefrontal, and amygdala circuits that help regulate negative emotions.

To explore the relationship between circuitry and treatment response, Liston focused on the dorsomedial PFC, a region that showed clear differences among subtypes.

Connectivity between the dmPFC and other brain areas corresponded to response to TMS: subtype 1 had a strong response, 2 and 4 almost none, and 3 an intermediate response. Predictions of response based on subtype and connectivity patterns were 82-93 percent accurate, he said.

With future investigations, Liston said, “we hope to predict which patients will respond to treatment A more than treatment B…and to test if individual differences are related to brain wiring pathology.” This could potentially improve treatment, by targeting TMS more precisely, for example.

Help for the older patient

Several presentations at APA explored how neuroscience might facilitate the treatment of late-life depression. One series of studies focused on the cognitive control network (circuitry that coordinates various cortical areas), which is particularly vulnerable to normal aging and aging-related diseases like hypertension and diabetes.

“Dysfunction in the CCN is common in older adults with depression, and tied to poor antidepressant response,” said Faith Gunning. Abnormalities in this region underlie the executive function deficits that many older depressed individuals face, fMRI studies suggest. These difficulties—with things like planning, attention, and working memory—are stubborn, often persisting even after depression remits, “leaving people suffering from symptoms that interfere with daily functioning,” she said.

The intervention focuses on multitasking, a capacity that relies on working memory and whose decline with age is often noticeable. In a randomized proof-of-concept trial, using Project: EVO improved depression as much as problem-solving therapy, the standard treatment, but improved working memory significantly more.

“We’re working on designing other interventions targeting subgroups whose depression is driven by other connectivity patterns,” she said.

Jennifer Bress described research investigating biomarkers of function, with the aim of identifying patients most likely to benefit from new treatments. Her group focused on EEG signals of reward positivity, the difference between response to appealing images and to negative or neutral stimuli. Anhedonia, a key feature of depression, is associated with diminished reward positivity.

In one study, older individuals with higher depression scores had lower reward sensitivity, as well as reductions in an EEG signal associated with sustained attention to reward. It had been found earlier that these biomarkers change after successful treatment.

A pilot study is now underway to explore EEG and symptom improvement with ENGAGE, a psychotherapy for late-life depression that aims to involve patients in rewarding activities.

“We hope to find evidence for the mechanism of ENGAGE, which may help refine the therapeutic technique,” Bress said. The ultimate goal: to personalize therapy with EEG. “If we see that patients with smaller signals [related to reward processing] at baseline respond better to ENGAGE, this may be informative in deciding who are most likely to benefit,” she said.

“It makes intuitive sense that a knowledge of circuits can inform the development of a circuit-based treatment like TMS,” said Sarah Lisanby, commenting on the presentations. “But no less groundbreaking is the visionary idea that neurobiological understanding could transform the development of novel psychosocial interventions as well.

“Will psychiatrists of the future also need to be imagers? It’s not an outrageous question,” she said. “Imaging is used in other areas of medicine, why not here as well?”