Back to Parent Page
HomeScientist Q&AsQ&A with Diane B. Howieson, Ph.D 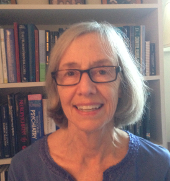 There are now 67 countries where the life expectancy is at least 75 years old, according to World Health Organization figures from 2013.  As people live longer, a better understanding of the aging brain is viewed as key to an improved quality of life. In “Cognitive Skills and the Aging Brain: What to Expect,” the title of this month’s Cerebrum article, author Diane B. Howieson, Ph.D., a neuropsychologist and associate professor emerita of neurology at the Oregon Health & Science University, leans on her research and clinical experience to elaborate on the aging brain and offer insights in some other areas.

You write that we lose cognitive function as we age but gain wisdom from experience. Is it a wash?

We don’t lose cognitive function as much as we lose cognitive efficiency. But it very much depends on what kind of task you’re referring to. Some cognitive tasks do benefit from wisdom and experience; particularly where judgment and strategy are involved. But some cognitive tasks are independent of experience such as, for example, how well you read something. Reading depends on learning and is not much a function of wisdom or, for that matter, memory. Normally, when you have a situation that requires some analysis of what’s controlling the problem or the situation, then wisdom can come in and cause a noticeable benefit.

Are there other reasons besides longitudinal studies that make it so hard to study dementia?

One of the main goals in dementia research, including Alzheimer’s research, is to identify the disease in its earliest stage. When we get to the point where we have a treatment that either prevents progression of the disease or slows it down, the earlier it can be instituted, the better. What makes Alzheimer’s disease so difficult to study is that the cognitive changes associated with just normal aging are very, very similar to the earliest symptoms of the disease. As a result, we usually don’t really know whether someone is progressing to Alzheimer’s disease until they’re beyond the earliest stages when cognitive problems have advanced. That’s the real challenge.

Exercise has been loosely linked to staving off cognitive decline. What type and how much exercise does someone over 75 need, and does gender matter?

There are quite a few studies that suggest that exercise is beneficial but not all of them have shown benefit and some of the studies have been very small. But nevertheless, overall we think that exercise does benefit brain function.  There been some studies that have compared aerobic exercises with stretching and yoga, and the findings showed that aerobic-like exercises were more beneficial. I’m unaware of any gender differences.

Would you also link nutrition to cognitive function?

We did a very interesting study at the Oregon Health & Science University where we looked at nutritional biomarkers of elderly people. We examined their cognitive functioning as a function of their nutritional pattern.  The study subjects were not demented and were considered normally healthy people. Those that had higher levels of omega fatty acids and higher levels of good vitamins did better. The ones that definitely did worse were the ones that had high levels of trans-fat in their blood. The difference in this study as compared to a lot of studies is that the nutritional biomarkers were based on blood samples, not on self-reports of what people said they were eating, which is sometimes inaccurate.

What are your thoughts on vitamins and nutritional supplements to stave off cognitive decline?

Our study would suggest that omega fatty acids are good nutritional supplements. However, not all studies have shown that, so it really depends on whether someone has the financial resources to buy supplements or whether their physicians recommend them.

It is said that as people age they become “more themselves” and tend to get grumpier? Is this a misnomer?

In a way it is. Actually, as people get older they are more likely to suffer from chronic pain; or limitations in their ability to do daily activities; or the loss of loved ones. All of these things can lead to depression. Depression, of course, can cause people to be grumpier. So I think it’s probably not a change as a result of the brain but a change as the result of the mood of people  as they are dealing with conditions that often accompany older age.

Are there lifestyles choices that one can make when their younger that will help them with cognitive function as they age?

There is quite a bit of research suggesting that people who have higher levels of cognitive stimulation throughout life are going to do better with their cognitive abilities when they’re older than are people who have very limited cognitive stimulation. And there’s reason to think that learning new and different kinds of skill stimulates the brain in a different way than just doing the same skill over and over and over again. People that accept cognitive challenges throughout their life, either through their work or other activities, will show the benefits when they get older.

Why do you think that funding for research for Alzheimer’s disease and other forms of dementia falls so far below funding for cancer and heart research?

That is such a good question because Alzheimer’s disease costs society much more financially and resource-wise than cancer or heart disease, and yet Alzheimer’s gets a fraction of the funding. It doesn’t make sense to me.

Many of our articles talk about genetics as our best chance to defeat various neurobiological disorders. Last Thursday a group of scientists meeting in Washington called for a moratorium on making inheritable changes to the human genome. What are your thoughts on tinkering with the DNA of embryos to reduce the risk of mental disorders such as Alzheimer’s?

It’s an exciting time in genetic research. The gene alterations that they’re able to do now with gene snipping is very interesting, but researchers  have to proceed very carefully because if you alter a person’s DNA, then that alteration is passed on to that person’s offspring and to subsequent generations. It really has an implication for more than just one individual. When they move to treating diseases this way, they’re going to start by picking a disease that has one genetic mutation that can be snipped out and hope that it is going to be effective.

In about 95 percent of patients with Alzheimer’s disease, many, many genes are influencing the likelihood the disease will be passed down. There many diseases like Alzheimer’s where it just wouldn’t be practical altering DNA because there are too many genes that are involved and we don’t, at least at this time, know why some genes cause a predisposition to the disease. Alzheimer’s is a disease that’s too genetically diverse to treat in this way, at least as we now understand it. There are three autosomal-dominant (a gene on one of the non-sex chromosomes that is always expressed, even if only one copy is present) forms of Alzheimer’s disease, which may be a target sometime in the future. But again, it’s less than five percent of the worldwide cases, so it won’t have a major impact.