Back to Parent Page
HomeScientist Q&AsQ&A with Karel Svoboda, Ph.D. 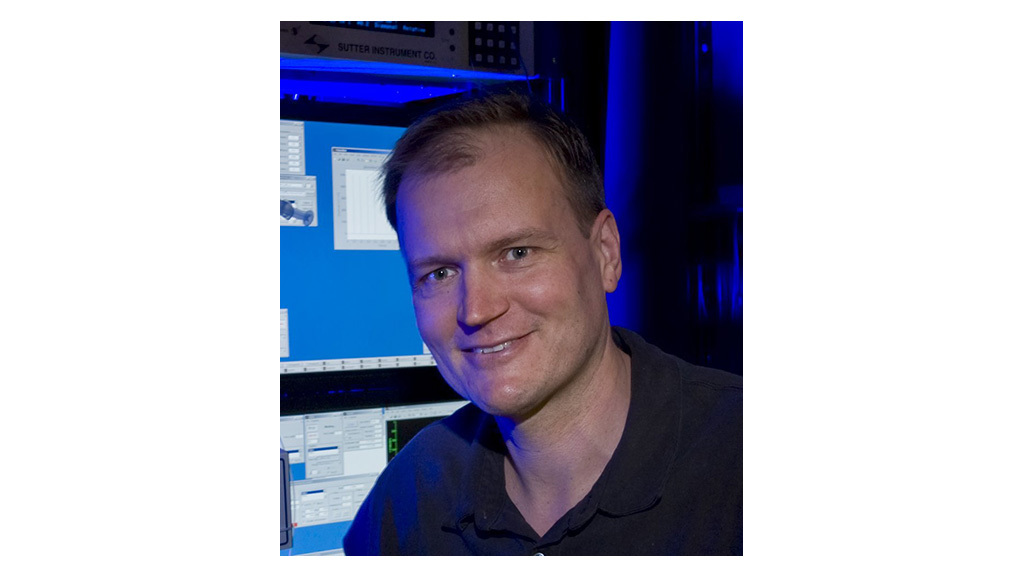 When we hear about imaging that allows scientists to see the inner workings of the brain, we first think about colossal advances in recent years in functional magnetic resonance imaging (fMRI). But another type of imaging, inspired by lasers that produce illumination brighter than the surface of the sun, holds even greater promise—and is expected to figure prominently in the multi-billion dollar Brain Research through Advancing Innovative Neurotechnologies (BRAIN) Initiative. In this month’s Cerebrum article, “Imaging the Neural Symphony,” a scientist who has helped pioneer this new form of technology—two-photon microscopy—writes about the development, current capabilities, and enormous promise that will permit neuroscientists go where they have never gone before.

Where did you meet Winifred Denk, a pioneer of two-photon microscopy?

I met Denk when I was working on my thesis research on a completely different topic. I used a tool that he had developed year earlier to measure very, very tiny movements of biological structures. I used the tool, a kind of interferometer, to measure the movement of the molecules that produce movement in muscles and in neurons, so-called molecular motors.

Since lasers are able to produce a brightness that exceeds all other light intensities in the known universe, including illumination light more intense than the surface of the sun, can there be further development of lasers as it applies to two-photon microscopy?

Yes. We’d like to see lasers, for example, that radiate further in the infrared region of the spectrum. Their light would penetrate even further into tissue and you might see deeper and more clearly. The problem is that water starts to absorb the light and then heats the brain; but there are slight dips in water absorption at specific wavelengths of the spectrum. We call these dips “windows of transparency.” And so the race is on to make powerful, efficient turn-key lasers that operate within these windows of transparency.

Can two-photon microscopy be used to study neurological conditions?

Using two-photon microscopy in humans would require a different contrast mechanism, one that did not rely on adding fluorescent substances. Or perhaps fluorescent substances could be added in a fully non-invasive way. In the future it might be possible to use viral vectors to deliver fluorescent probes (i.e. gene therapy), but that’s a very slowly moving field. Also, such an application of two-photon microscopy would have to be clinically justified.

Does two-photon microscopy have any other medical applications?

Attempts are underway to use two-photon microscopy in dermatology and in the diagnosis of muscular disorders.

Your website includes a list of tools and databases you’ve made available to others, and you write that the work on the Janelia Research Campus is highly collaborative. Is there anyone else outside the building that is collaborating with you to advance the research?

In general, what we do is quite collaborative. In brain research, we don’t have a strong commercial driver for technology development, which is little bit different from molecular biology, which directly feeds into diagnostics for cancer and infectious diseases and where billion-dollar companies fine-tune technology. We have to collaborate and use our resources efficiently. Folks are fairly open about what they’re doing and in which direction they are working. There is overlap and competition, but on the whole, it’s a collaborative and constructive climate. We make an effort to distribute technologies we develop quickly and without strings attached.

At Janelia we have a major collaborative effort to develop molecules that report neuronal function. We do this in a way that is complimentary to what others are doing. For example, we are trying to develop high-throughput screening, which most university labs are poorly set up for. The GCaMP6 probes I mention in the article are a product of this pipeline.

The molecules that report neuronal function are getting better and better. In turn we are getting more ambitious about the number of neurons that we think can image at the same time in an animal. We started with tens of neurons ten years ago, then hundreds five years ago. Now we can image tens of thousands of neurons simultaneously. For that we need microscopes that have larger fields of view to see multiple parts of the brain simultaneously. We hope to determine how groups of neurons “collaborate” across the brain. Two or three laboratories in the country are developing similar types of microscopes, but with slightly different approaches.

Is there a role that two-photon microscopy is playing is the Human Connectome Project (HCP) and the federal BRAIN Initiative?

HPC is really about analyzing the brain using MRI machines. One voxel in the fanciest MRI machine still contains approximately 100,000 neurons. So this is a coarse-scale analysis of the brain. With optical methods we are trying to do things at a different scale, the single neuron, albeit still in model systems. We want to track activity at the level of individual neurons and connections between them rather than at the level of hundreds of thousands of neurons.

The Obama brain initiative has generated quite a bit off activity through funding. Two-photon microscopy and novel molecular sensors of activity play a prominent role in the BRAIN initiative. I would think that one-third of the funded proposals involve two-photon imaging or related methods as a major component.

One useful analogy for the state of brain research might be cancer research in the 1970s. Nixon rang in the war on cancer, but this largely failed. Scientists decided that they needed to take a step back and figure out how the cell cycle works and how cells control growth, the processes that go wrong in cancer. Fast forward to the present and we now have quite a few rationally developed medicines for cancer. Progress has been large and palpable.