Back to Parent Page
HomeArticlesSeeking Clues to Criminality in the Brain 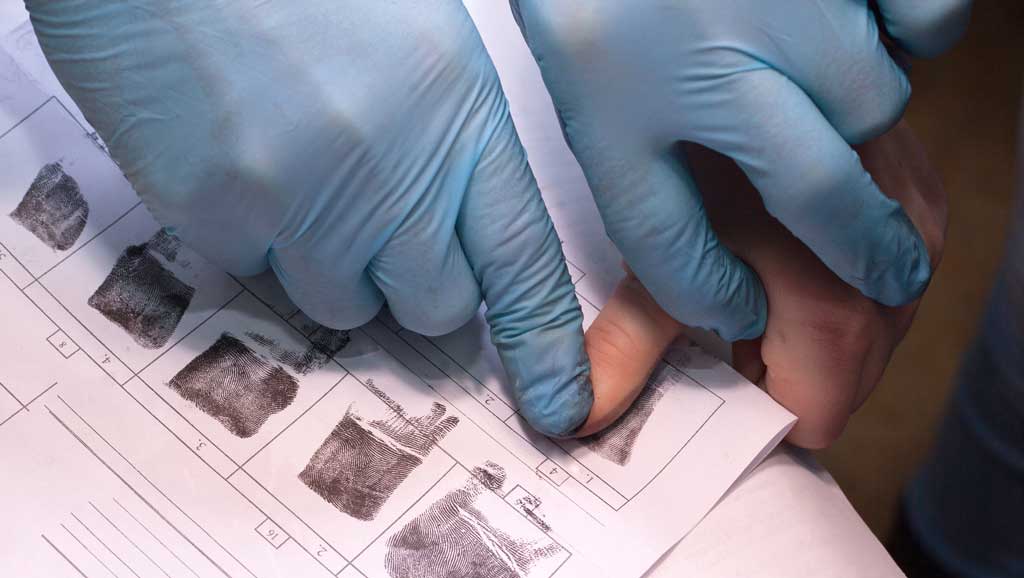 On the morning I sat down to write this story, the US was still shuddering at events of the day before, when a young man with an AR-15 semi-automatic rifle walked into a Florida high school and killed 17 people.

Why did he do it? Why Sandy Hook? Why Orlando, or Las Vegas, or Columbine? Why, for that matter, the incessant drumbeat of lesser crimes and misdemeanors that afflict ours and any society? The factors underlying criminal behavior are as varied and complex as human nature, a tangle of genes, upbringing, a lifetime of experience—and the webwork of the human brain.

Whatever role environment, early adversity, and other social and biological forces play, it is the brain where criminality, like all behavior, originates, and the underlying neurobiology has long been the object of scientific study. Just what is different about the brains of offenders, investigators ask, that makes them do what they do?

In the past decade, the pace of research has quickened. “There’s been a meteoric rise in neuroimaging studies,” says Kent A. Kiehl, professor of psychology, neuroscience and law at University of New Mexico. Work by Kiehl and others has focused on a particular group—psychopathic offenders. “Not all psychopaths are criminals, and not all criminals are psychopaths,” he says. But psychopathy—a personality disturbance marked by callous indifference to the feelings and well-being of others, impulsiveness, and lack of emotionality— is well-represented among violent criminals and greatly increases the chance of repeated crimes.

From his 2012 review of the brain imaging literature, reinforced by subsequent studies, Kiehl concludes that “there are two common themes. Structurally, psychopaths have less grey matter, less volume in components of the limbic system (a brain circuit central to emotional regulation], the orbitofrontal cortex, amygdala, and posterior cingulate.

“We’re finding the same circuits are impaired in function as well,” he says. “It’s not like the circuits aren’t there, but there’s not the same engagement, activation by emotional stimuli.”

But as with any association studies, causation is difficult to prove. Do the identified abnormalities generate criminal behavior, or do they represent a compensation for other deficits in neural circuitry?

One entrance into this mystery is the study of people with brain lesions, damage caused by injury or by disease like stroke or tumors. Such studies have long proven their scientific utility. “The classic history of neurology has been using lesion cases to understand the neuroanatomy of the brain and what it’s doing,” says R. Ryan Darby, of Vanderbilt University. “Until the advent of neuroimaging techniques, it was the best way of saying this part of the brain is involved in that process.”

One of the most celebrated of such lesions was the mid-19th century case of Phineas Gage, who was working on the railroad when an explosion drove a spike through his brain, destroying frontal areas including those implicated in studies of psychopathy. Previously a peaceful man, Gage subsequently was described as impulsive and violent, but sometime later appeared to return to his earlier ways.

A half century ago—and with a disquieting resonance with recent events—Charles Whitman shot and killed 16 people, many from a tower at the University of Texas. At autopsy, the pathologist found a tumor in the temporal lobe of Whitman’s brain.

While the overwhelming majority of crimes—including recent school shootings—have no apparent link to brain injury, tumors, or strokes, such brain lesions have been documented in a number of offenders. In most of these cases, however, it is unclear whether the subjects had engaged in such behavior prior to the lesion, making causality uncertain, and the brain areas involved have been inconsistent.

In an effort to illuminate that question, Darby and Michael D. Fox, of Beth Israel Deaconness Hospital and Harvard University, combed the literature for case histories where the before-and-after relationship between lesion and crime was clearer. “As far as we know, these individuals were leading normal lives” before stroke, tumor, or disease caused damage to their brains, says Darby. Afterwards, “a change in their behavior led to criminality.”

Their crimes were varied, ranging from shoplifting and fraud to rape and murder. and their lesions were in different brain areas—most, but not all in various parts of the frontal or temporal cortex.

To explore what the subjects’ brains had in common, the researchers used lesion network mapping, an analytical technique developed in Fox’s lab several years ago. “We were trying to figure out why brain lesions like stroke cause the symptoms they do,” Fox recalls. “A patient may have damage that seems to produce a specific symptom, but the location doesn’t make sense.” They may have visual hallucinations, for example, although the stroke occurred far from the visual cortex.

Using a map of the connectome—a wiring diagram of the brain— developed at Harvard, a team led by Aaron Boes found patterns that could explain the association between lesions caused by stroke and other neurological conditions and apparently unconnected symptoms.

As reported in a 2018 paper in PNAS, when Fox and Darby applied this approach to their group of 17 criminal behavior cases, “we found that although the lesions were in different locations, they were all connected to a common network of regions, and that these regions were involved in moral decision-making,” Fox says.

“A lot of people have assumed that criminal behavior has something to do with brain systems that help us make moral decisions, but we were able to show for the first time that [they] do line up,” he says.

Their findings are consistent with studies of criminals without apparent brain damage, some of which highlight the same brain areas and functional connectivity patterns. “We believe the network we identified, based on lesions, lends insight into neuroanatomy that might underlie criminal behavior in these others,” Fox suggests.

Prediction, he thinks, “is where the field is going.” In recent years, Kiehl and his colleagues have published several papers suggesting how insight into underlying neurobiology might bolster a critical weak spot in the social and judicial handling of criminal behavior: the ability to identify individuals particularly prone to violence and recidivism.

In a study inspired by conversations with the Avielle Foundation, which was created after the Sandy Hook shootings and which sponsors neuroscience research for violence prevention, investigators compared 20 young offenders who had committed homicide with 135 who hadn’t. Analyzing brain structure with MRI, they could distinguish between the groups with greater than 80 percent accuracy.

Another study used machine learning analysis to make real-time predictions about recidivism. Combining event-related potential data with fMRI measures of function in a brain area (the anterior cingulate cortex) involved in the regulation of impulsive behavior, the researchers could predict with similar accuracy which offenders would be rearrested in the three years following release from prison.

Might such applications be used in decisions about sentencing, parole, and post-release monitoring? “Probably not in the next 5 years, but maybe in the next 20,” says Kiehl. “We’re learning how to decode the brain with greater precision. At some point, brain data might surpass other data sets.”

Research into the neurobiology of crime could help develop preventive interventions as well. “Now that we have circuits identified, if we can modulate them with pharmaceutical or cognitive-based treatment to make subjects more likely to stop and think, would it improve outcome?” he says. “We think so.”