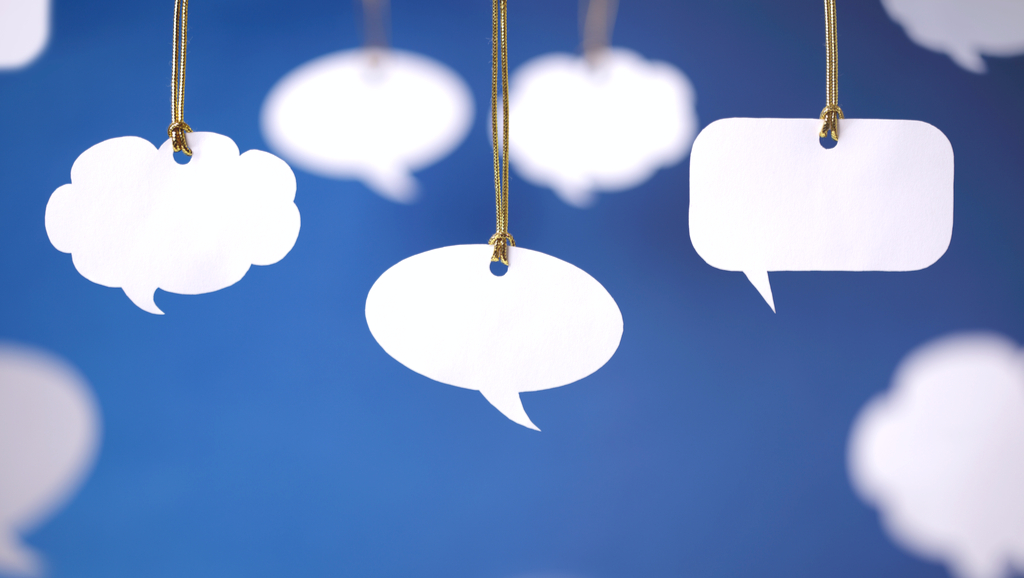 Porky Pig may still draw laughs, but (take it from someone who’s been there) stuttering is no fun. The frustration, anxiety, and social stress of speech marked by hesitation, repetition, and blocks can be a heavy burden that, until fairly recently, was compounded by stigma born of misunderstanding.

“Because very little was known about this complex disorder, there were wild theories.” says Soo-Eun Chang, director of the speech neurophysiology lab at University of Michigan. Bad parenting, early trauma, and diverse psychiatric conditions were invoked.

“Just 40 years ago, explanations didn’t sound much different from the psychiatry of the 1800s,” says Dennis Drayna, chief of the section on genetics of communication disorders at the National Institute on Deafness and Other Communication Disorders.

Nowadays, Chang says, “there’s consensus among many researchers that stuttering is a neurodevelopmental disorder, not a psychiatric or emotional issue. With neuroimaging, we’ve just begun to find subtle differences in brain structure and function in those who stutter.” While causes and mechanisms remain uncertain, this is an exciting time for researchers, she says.

Beyond the practical need for answers to a vexing problem, neuroscientists find stuttering “a profoundly interesting subject,” says Drayna. “It’s remarkable what’s not wrong with the speech of people who stutter; they have no problems with memory, syntax, grammar, word finding, or articulation. They know exactly what to say, but just can’t say it at the rate they want to.

“There’s nothing else wrong with them, neurologically,” he says. “There must be some extremely specific population of neurons somewhere in the brain” that are affected. As the picture of stuttering clears, “I think it will tell us something new and remarkable about how the brain works.”

Genes and a mouse that stutters

Drayna’s efforts at clarification center on genetics. Twin and family studies estimate the heritability of stuttering is high (at .85), he says. “There’s also good evidence of gene-environment interactions; that genetic predisposition is necessary, but not sufficient.”

Linkage analyses suggest diverse gene locations. In studies of families with many stutterers, however, Drayna and colleagues have identified mutations in three genes on chromosome 12 that recur frequently.

They are involved in the lysosomal enzyme targeting pathway (LETP), through which unwanted cellular fragments are disassembled and recycled (disturbances in this system also are implicated in fatal diseases including Tay-Sachs).

As reported in American Journal of Human Genetics, Drayna and his group recently identified a fourth gene, AP4E1, in many stutterers. Taken together, “these four appear to explain 12 to 20 percent of stuttering cases,” he says.

Although the mechanism linking these genes to stuttering phenomena is unknown, all are involved in intracellular trafficking—the movement of compounds within the cell—which is “emerging as a unifying concept across many neurological disorders. Deficits in trafficking affect all cells, but have unique impact on neurons,” Drayna says. The trafficking motif “brings stuttering into the mainstream of neurological disorders; it’s probably a first cousin to Alzheimer’s, Parkinson’s, and other common diseases.”

Stuttering genetics took an important step forward with the creation of an animal model. As reported in the April 25, 2016 Current Biology, Drayna and colleagues at NIH and Washington University in St. Louis genetically modified a mouse to express one of the LETP mutations associated with stuttering. Infant mice emit distinctive sounds when separated from their mothers; in modified animals, these vocalizations displayed patterns parallel to human stuttering.

“We made a mouse that stutters to take advantage of genetic resources available to study the nervous system in this animal,” Drayna says. These include an assortment of promoters–genes that activate other genes–that only operate in select populations of neurons.

By developing lines of mice that express the mutation plus various promotors, he hopes to illuminate “the problem of neuronal specificity” central to the mystery of stuttering: which small subset of neurons are responsible. “Our results are not complete,” he says, “but it’s clear that this approach will be productive.”

Neuroscientists have explored brain differences between stutterers and non-stutterers for two decades, but most work has involved adults—the extended immobility MRI requires is more feasible for them—and the problem here is distinguishing causes from effects of their speech difficulty.

Only recently have investigators reported findings in children soon after stuttering begins. Using elaborate training to help young subjects remain still in the scanner, and analytic methods to cancel the effects of movement, Soo-Eun Chang and colleagues have collected data on more than 100 children age 3 to 12.

Her data and those of other groups show changes in a left hemisphere frontal region overlapping with Broca’s area, which is associated with speech production. “Auditory and motor regions also seem less well-connected, critical regions that allow us to put sounds together in sequence for fluid speech production. And there’s increasing evidence of connection deficits between these cortical areas and subcortical regions—particularly the basal ganglia, which allows us to initiate and sequence movement”, she says.

These differences, initially identified by functional connectivity analysis, were recently confirmed in children by DTI studies showing poorer white matter coherence in tracts linking the areas in question. Among controls, white matter integrity was greater in older children—an expected consequence of maturity. Among stutterers, this wasn’t seen. These findings mirror differences between adults who stutter and those who don’t, she says.

Chang and her group followed their young subjects for four years, repeating MRIs and cognitive, motor, and speech tests. “We want to track the developmental trajectory of each child,” she says. While about 5 percent of children age 2 to 5 stutter, 80 percent of them spontaneously recover; one goal of the study is to determine if initial data can predict each outcome. “We’re working on these papers now,” she says.

Although Chang’s group studied brain function and structure in much younger stutterers than prior work, it still might not have been early enough to distinguish causes from effects, she grants—”even if a child has just been stuttering for six months, he may have developed compensatory issues.”

Mark Onslow, director of the Australian Stuttering Research Centre at University of Sydney, hopes to eliminate this uncertainty by comparing newborns (to the age of 12 weeks), with a family history (two first degree relatives who stutter) to controls, for white matter differences that precede speech.

“We want to sort out whether there’s any brain structural problem responsible for the development of stuttering,” Onslow says. “The only way to tease it out is by scanning at-risk babies before its onset.”

By following the group for six years at least, he hopes to determine, further, whether certain characteristics predict who in the high-risk group will stutter.

“I’d be very curious about what he finds,” Chang says.

J. Devin McAuley of Michigan State University has a different perspective. Head of MSU’s Timing, Attention, and Perception laboratory, he notes that the cortical-subcortical brain networks engaged by rhythm are also involved in certain developmental language disorders, including stuttering.

In a study reported in Brain & Language in 2015, researchers including McAuley and Chang found that stutterers tested worse than controls in rhythm perception, especially for complex rhythms— when the beat is implied rather than clearly marked.

“Stutterers apparently have particular difficulty generating an internal beat,” says McAuley. This could account for the observation that “fluency is improved [for stutterers] in choral or group speech, or when you provide a metronome.”

Subsequent neuroimaging work showed that functional connectivity within the “rhythm network” correlated with rhythm perception acuity only for non-stutterers; in stutterers, it was sharply diminished overall. “There are multiple timing networks in the brain, and they might be relying on others,” he says.

While it’s too early to know whether his research might have treatment applications, McAuley says, it could lead to more precisely targeted rhythmic training for some patients.

But rhythm impairment may not be significant for all. Stuttering “is fairly heterogeneous,” he says. “There’s probably no single cause, and what’s needed is a personalized approach.”

For Chang, improved therapy is always in the picture. “I’m a clinician myself, and my long-term goal is to have my research contribute to developing better treatments for those with the disorder. But I’m cautious about implications of current findings. We still have much more research to do.

“That said, we do have several regions we might target in working with the brain’s neuroplasticity, perhaps using behavioral treatments to enhance connectivity between those we find weaker in stutterers,” she says.

Drayna suggests that genetic advances could improve stuttering treatment through more accurate subtyping. “A broad array of therapies have similar rates of success, but none are as good as we might hope. Maybe we need to match particular treatments with particular causes.”

Drugs for stuttering that target mechanisms uncovered by genetics are “an exciting but unknowable prospect,” he says. “The genome is full of genes that encode products unsuitable for pharmacological intervention.”

Generally, says Drayna, the field needs collaboration and communication beyond  neuroscience. “There’s a great gulf between researchers like me and those who really understand stuttering—the clinical people. We have very different training and background; we hardly speak the same language. A lot could benefit from bridging those two worlds.”