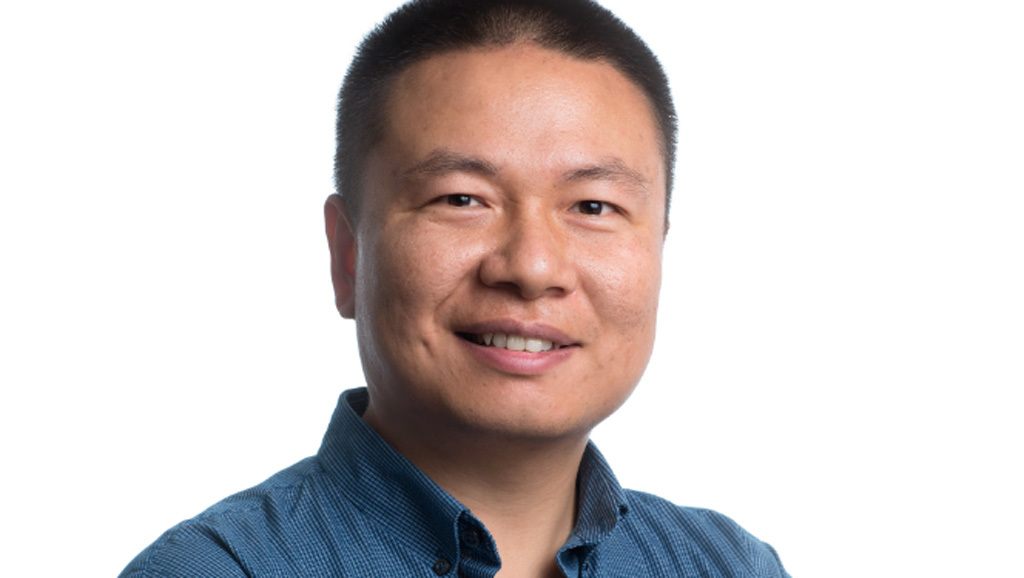 Each year, an estimated 60,000 people in the United States will be diagnosed with Parkinson’s disease, a neurodegenerative disorder known for symptoms including muscle weakness, shaking tremors, and cognitive deficits, according to the Parkinson’s Foundation. The disease has been linked to the death of dopaminergic neurons in the substantia nigra, a small subcortical brain region involved with motor and reward processing. Those cells signal how neurons should coordinate voluntary movements, by projecting to another subcortical area called the striatum. When that signaling is disrupted, people can experience tremors and other movement issues. Xin Jin, Ph.D., an associate professor of molecular neurobiology at the Salk Institute, wanted to investigate signaling in and out of the striatum to see how Parkinson’s might affect those functions and lead to its hallmark movement-related symptoms. Here, he talks about the importance of interneurons, why Francis Crick was right about the thalamic reticular nucleus all along, and how understanding movement may provide the basis for one day understanding the components of higher-level cognition.

Your research has led you to study interneurons, or neurons that transmit messages between other neurons. What first captured your interest in these cells?

The striatum is this bowl-like structure sitting beneath the cortex, right in the middle of the brain. We actually don’t know much about its function, per se. We know that many diseases, like Parkinson’s, Huntington’s, attention deficit hyperactivity disorder, and even schizophrenia, are all related to some dysfunction in the striatum. Yet, despite that, we don’t understand the striatum’s normal function. So our lab is working to try to understand what the striatum really does in terms of controlling behavior, in particular movements.

Interneurons are important in this context because they don’t send information outside the brain region; instead they process and coordinate information within the region. In striatum, there are about 95 percent of neurons that talk to other brain regions. There are about 5 percent that only talk to other cells inside this area. This is very different from what you see in other parts of the brain, like cortex or hippocampus.

Traditionally, in cortex, researchers can go and record from interneurons. Or you can use something like optogenetics to manipulate the neurons to see what they might be doing. But in striatum, because there are such small populations of these cells and lots of different subtypes, it’s very hard to do recording and optogenetics. So our study tried to image the neurons in new ways—in doing so, we can see more and monitor their activities involved with behaviors or disease.

How might these interneurons affect the movement symptoms we see in Parkinson’s?

One thing we are trying to study right now is what happens if you can rescue or increase the inhibition in the striatum? If the theory is correct, you should be able to suppress involuntary movement. If it worked, you could develop a drug to activate those interneurons, or to suppress the projection neurons, in order to reduce the excitability of the striatum and, in turn, suppress the involuntary movements.

You have now successfully used innovative imaging techniques to study interneurons. Has what you found surprised you?

Some of the results were very surprising. We want to understand what these different types of neurons do. One way we did this was to try to see what kind of information the interneurons were receiving. We used a viral technology to trace all the inputs to one particular interneuron to see which other cells are sending it information. Basically, we wanted to know what types of neurons they were listening to. Surprisingly, we found an area in the thalamus, called the thalamic reticular nucleus, or TRN, that projects to the striatal interneurons. And they selectively targeted one specific type of interneurons in striatum—but they don’t talk too much to other cell types in the striatum.

This is a surprise because, traditionally, people thought that cells in this TRN area project only with the thalamus as the name suggests. We thought those cells only connect within thalamus, they don’t go outside the thalamus at all. And we found, for the first time, that they actually talk to striatum and the interneurons there.

The TRN itself is very mysterious structure. Francis Crick, who was a resident scientist at the Salk Institute, actually proposed some thirty years ago that the TRN might be a center of attention. He believed you needed the TRN to devote your attention, like a searchlight. The TRN helped to select one feature while inhibiting other features so you could release your attention from one thing and move it to another.

For the first time, we showed that the TRN projects to striatum. This is important because the striatum is thought to be the brain’s action center. It helps us decide what to do next.

So when you put these two things together, it makes a lot of sense. Every time I devote my attention to something, I, at the same time, need to coordinate my movement or coordinate my actions based on that attention. It was initially surprising to find that TRN projects to the striatum. But it offers a very simple, elegant, and clear explanation of how these brain networks work together to coordinate attention and movement.

What might studying the inputs and projections of interneurons mean for the prevention or treatment of Parkinson’s disease?

There are two major types of projection neurons; we’ve known this for several decades. What we didn’t know was their exact function of the different types of neurons. We had a working hypothesis that one of these neurons, called D1 or direct pathway neurons, worked like a car’s gas pedal: when these kind of projection neurons are activated, they increase activity. But the other projection neuron, the indirect pathway, or D2, works like a brake: when they are activated, activity slows down or stops, just like the brake on your car stops the car. The idea was, in order to move, you needed to activate the D1 and inhibit or suppress the D2.

In Parkinson’s disease, people thought maybe you don’t have enough gas to move forward. Or maybe there is just too much brake and that’s what causes the movement problem. It may be that D2 neurons were so strongly activated that a person with Parkinson’s can’t move at all. But there weren’t a lot of direct evidences to support any of those ideas.

We decided to stimulate the D1 or D2 neurons in an animal model to see what happens during performance of a learned behavioral task. We asked, what was happening to the animal’s behavior? What’s the difference between stimulating these two types of neurons? We discovered something interesting: The D2 neurons are not only a brake. Based on our research, we think they behave more like a switch.

Imagine why this may be important. First, if you want to switch from doing one thing to doing another thing, you have to stop doing the first thing before you can start doing the new thing. The traditional idea of D2 acting as a brake might be partially correct. But there’s more to it than just that. If you only stop, you can’t start the new thing. You need to stop and start. You need the switch. When we used optogenetics to manipulate the D2 neurons, we saw that the animals did not just stop. They would stop what they are doing and transit to the next planned action when they were doing a learned action sequence.

We think D2 is more about making the transition from one action to another. When you think about other disorders that involve the striatum, like obsessive-compulsive disorder (OCD), patients keep doing the same things or same thought comes up over and over again. It’s almost the opposite situation of Parkinson’s disease, because they keep doing one thing repeatedly. The Parkinson’s patients have trouble doing anything. But both may be due to the same reason: the dysfunctional D2 pathway. They may both be having difficulty making the transition from one action state to another. Understanding that this is a switch, not only a brake, might help us better understand how to develop treatments for Parkinson’s and OCD in the future.

We want to continue to use new imaging techniques to understand how different cell types control different behaviors in different ways. We want to understand how both striatal neurons interact with the cortex and thalamus, which receives all the sensory and cognitive information, processes it, and sends it to the striatum. We want to better understand the duties of D1 and D2 neurons and how they interact with striatal interneurons to affect behavior. And, most importantly, we want to take advantage of the knowledge we have learned and see how it may be able to one day help patients.

You’ve said that you believe movement will be the basis for better understanding higher-order cognition. Why is that?

I study movement. It’s a physical, modal process—whether you are walking, playing basketball, or driving a car. I think it’s highly likely that higher-level cognitive processes—attention, thinking, logic—were driven, evolutionarily speaking, by movement. They are just internalized actions. That’s why we study movements. By doing so, we can figure out how the striatum and the rest of brain work together to control movements and apply those principles to understand cognitive functions. If we finally understand how to treat Parkinson’s or OCD, it’s going to give us important insights into how to treat many other similar brain disorders because the behavioral symptoms and network dysfunction share a lot of similarities. That’s my hope, in any case. And that’s what we hope to work out in our future studies.