Back to Parent Page
HomeArticlesSfN18: Pat Metheny at Dialogues Lecture 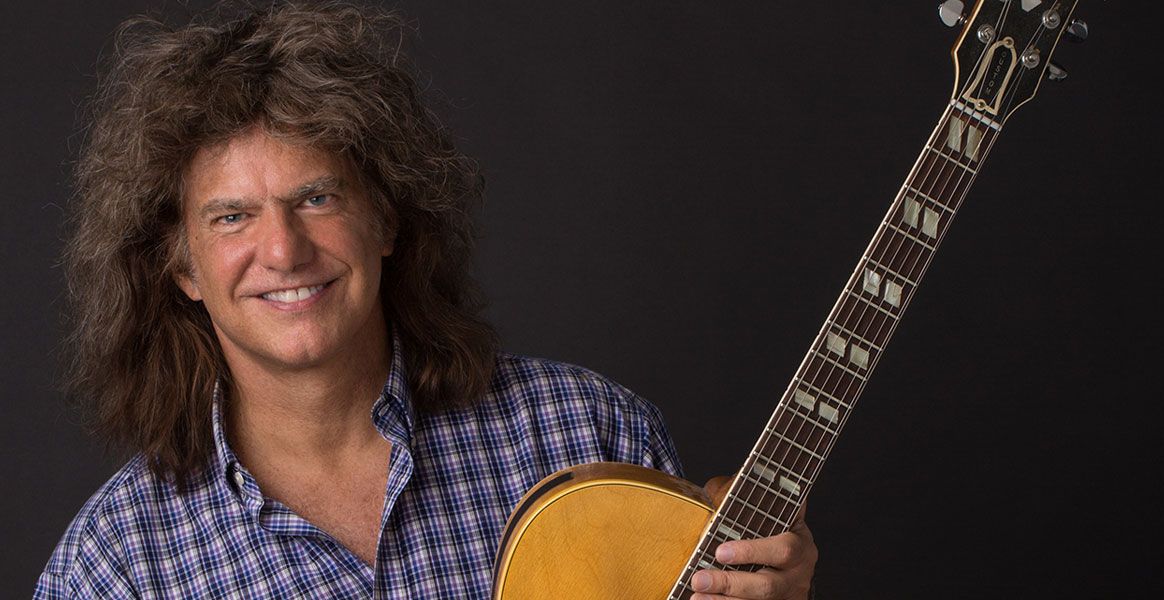 Based on past experience at the Society for Neuroscience (SfN) annual meeting, I thought I could just stroll into the opening Dialogues lecture a few minutes before it began and park myself just about anywhere. After all, there are about 5,000 seats in the San Diego Convention Center’s massive ballroom, and there were always open seats in past years. But not this year.

That’s because Pat Metheny, one of the world’s best-known jazz composers, guitar players, and band leaders—someone who mostly lets his music do the talking—was the featured guest at “Dialogues Between Neuroscience and Society: Music and the Brain.”

After finally finding a seat all the way in the right corner, I watched on a screen as SfN President Richard Huganir and ear surgeon Charles Limb, former colleagues at the Johns Hopkins School of Medicine (Limb has since moved to UCSF), moderated the program with passion and experience. Both spun personal, humorous anecdotes about the impact that Metheny’s music has had on their lives.

In much the same way, I’m also a devoted fan; I’ve seen Metheny perform probably at least ten times over 40 years and own about 20 of his albums. Many of the cuts and albums that were woven into the program were like old friends. When I biked across the Katy Trail in Metheny’s home state of Missouri a few years ago, I listened almost exclusively to his music for five straight days.

So hearing him challenged by the moderators and audience was nothing less than thrilling.

Why Metheny for this lecture? For one thing, studies increasingly show that music positively affects health, especially for people with dementia. But just as fascinating is what goes on in the brain of a master improviser. How is he or she formed, how do they think and execute their craft?

Interestingly, and maybe not surprisingly, there were as many questions as answers. At the core of music creation, Metheny believes, is soul, and that is a part of the musical stew that we may never understand. In terms of where the brain, music, and consciousness meet, Limb and Huganir agreed that is indeed a difficult question. We are still probably 20 years away from knowing many of the mysteries that are currently under examination, they agreed.

You don’t need to be a Metheny fan—or even a jazz fan— to benefit from watching this insightful program, which you can now see on SfN’s YouTube channel.

Here are some of my personal Metheny highlights:

That’s just a small taste of the program. I will have the great privilege of sitting down with Metheny later this month for a Dana Foundation podcast. It should prove interesting. UPDATE: Here’s our podcast with Metheny.