Your laboratory is investigating the connection between sleep problems in aging and cell loss in an area of the brain known as the “sleep switch.” What led you to focus on the sleep switch? 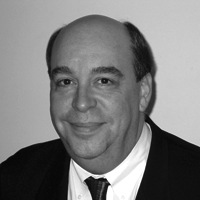 Cliff Saper: My interest in how the brain regulates sleep goes back to my neurology residency, when I became convinced that we really did not have a good framework for understanding either how the brain stays awake or how it goes to sleep. The early part of my career focused on the wake side of that equation, examining the different pathways or circuits in the brain that keep us awake.

In the mid-1990s, one of my students, Jon Sherin, wanted to know what turns those neurons off during sleep, so he began to look at the neural inputs to the wake-promoting circuit. What he found was a master switch, a group of cells in the ventrolateral preoptic nucleus (VLPO) that is active during sleep and inhibits all of the arousal systems in the brain. In animal experiments, loss of neurons in the VLPO causes profound insomnia–about 50 percent less sleep than normal animals–due to a combination of difficulty falling asleep, awakening early, and difficulty going back to sleep. Though not as severe, that same pattern is replicated in people with aging, and we wanted to know if a loss of neurons in the VLPO is the cause. The project funded by the Dana Foundation aims to do that.

You’re studying a cohort of about 1,200 people who are enrolled in Rush Medical Center’s Memory and Aging Project, the primary goal of which is to find the antecedents of Parkinson’s and Alzheimer’s disease. Why this population?

It’s an interesting group. They sign up for the study at age 65, when they’re in good health, and they receive complete neurological and psychiatric exams annually.

In addition, everybody in this study wears what is called an Actigraphic bracelet for a period of 10 days per year. It looks like a wristwatch and is worn 24 hours a day. It has a sensor that monitors movement of the arm and provides a read-out of the person’s activity pattern. It’s been used by the Rush researchers to try to identify people who might be developing Parkinson’s disease early in the course of their disease. We’re using it to examine the wake-sleep pattern of the person in their home environment for a period of at least a week each year. That’s very important, because almost everything that has been done to study wake-sleep in people has been done in sleep laboratories, which are completely artificial environments.

You tracked participants’ periods of activity vs. inactivity as a means of determining their wake-sleep patterns?

Yes, and that alone was an interesting problem. You can’t necessarily tell if the person is awake and just quiet vs. asleep, or, conversely, if they’re asleep but are tossing and turning a lot. Andrew Lim, a Clinical Fellow in our laboratory, sorted this out mathematically to differentiate the wake-sleep patterns from the active patterns. From that data we can identify the subjects’ circadian rhythms–their daily rhythms of wake and sleep. Almost everyone in this series is retired and every person currently being tested is over 80, so they are typically not waking up to an alarm clock. For the most part, they’re exhibiting their own natural wake-sleep pattern. As a consequence, we’ve got a pretty good measure–maybe the best measure anyone’s ever had–of the wake-sleep patterns in this cohort of more than 1,000 people. That’s a lot of data coming in.

What makes you think that these VLPO neurons are the root of the problem?

We think that the reason people sleep less as they age is due to a gradual loss of these neurons that turn off the arousal systems to allow sleep. Other researchers have found that there are fewer of the VLPO neurons with aging–that’s known. What’s not known is how that correlates with the sleep behavior of those people. If, for example, the person with the greatest neuronal loss slept just fine and the person with the least loss had trouble sleeping, then neuron loss is probably not the reason behind the troubled sleeping. It really has to be measured on a case-by-case basis, where you compare the sleep patterns of each individual to the degree of neuron loss in their VLPO.

We are now able to do this, because everybody in the study agrees to donate their brain when they die. We have brains from about 50 people so far, and we’re getting more all the time.

How do sleep issues with dementia or Alzheimer’s disease differ from the sleep problems of normal aging?

Many different systems of neurons are attacked by Alzheimer’s disease, including a lot of cortical neurons that are responsible for maintaining brain function during wakefulness. Many of the arousal systems of the brain are also directly affected. There is significant loss of neurons in the basal forebrain, the locus coeruleus, and the hypothalamus, which are arousal areas for the cerebral cortex. Progressive loss of the normal wake-sleep cycle as the disease progresses is common and predictable.

There isn’t much evidence for loss of VLPO neurons with Alzheimer’s, but no one has looked carefully. One of the advantages of our study population is that we will know who has been diagnosed with Alzheimer’s or other dementia, so we will be able to look at what happens to VLPO neurons in Alzheimer’s disease as well as in normal aging.

Is there any connection here to the phenomenon of “sundowning” in Alzheimer’s disease?

Sundowning–in which Alzheimer’s patients become very active at night, walking around, even leaving their homes – is an indication that their circadian rhythms are disrupted. Nobody quite understands that process. One idea is that it’s related to deterioration in the brain’s biological clock, the suprachiasmatic nucleus. This is a population of nerve cells about the same size as and very close to the ventrolateral preoptic nucleus. Suprachiasmatic neurons are the master clocks for the brain; they keep our physiology in sync with the light-dark cycle.

The same part of the brain that we’re taking samples of to look at the VLPO nucleus will also contain the suprachiasmatic nucleus, so we’ll be looking at that as well to determine if there is any loss of these master clock neurons. This is another fortunate byproduct of the study we’re conducting.

You’re also looking at the relationship between genetics and sleep problems in this aging cohort. What have you found so far?

All of the participants donated their DNA at the start of the study, and their DNA has been characterized on an SNP chip (for Single Nucleotide Polymorphism), which essentially measures about a million points of DNA to identify changes in the sequence. That gives you a million data points where you can look for a genetic mutation. If you find one, you can then look to see which mutations are more likely to be associated with someone who has a particular wake-sleep pattern.

You’ve discovered a genotype associated with earlier wakefulness. Would you characterize this as a breakthrough?

We think it is. This is by far the biggest contribution of a single genotype in a large population to determine the time of day when people wake up or go to sleep. Andrew Lim is in the process now of tracking down the exact genetic mutation that causes this profound hour-a-day change in someone’s preferred wake time. It turns out to be a variation of a gene known to be involved in the biological clock, so we’re pretty certain that this is a real finding. We think its role is to modulate the amount of clock-gene protein made at various times of the day, which in turn regulates the clock.

We think the mutation is in one of those clock genes, in an area that controls how much of the gene is made and when it is made. This in turn regulates the amount of clock-gene protein that the cells produce. That is the critical feature.

Different people have different tendencies to wake and sleep at different times. Some people are larks; they wake up early and get everything done in the first part of the day. Other people are owls; they’re groggy in the morning and do their best work at night. There are a few families that are very, very larkish, and it’s known that they have some gene mutations that affect the clock and cause substantial behavior changes. The discovery of this inherited condition, Familial Advanced Sleep Phase Disorder, was first made by Louis Ptacek (now at the University of California, San Francisco), and it has really shaped the way we think about this system. People with severe clock-gene mutations may fall asleep at eight at night and can’t sleep after three in the morning–this greatly affects their lives. Understanding what’s gone wrong in these cases may help us design therapies.

In Alzheimer’s disease, even if we don’t understand why wake-sleep patterns become disordered, we can imagine that there might be a way to modulate the biological clock so that you’re awake during the day and asleep at night. That could be very helpful.

For the general population, there are two potential outcomes. It may be possible that you could take a pill that would adjust your clock so that you would wake up early and get to work. Or, if you’re on the night shift, maybe you need to push the clock in the other direction, so that you would be more of an owl. There may be ways to do that by manipulating the levels of the clock-gene protein. And it may be possible to take the medication for a day or two at a time, to help adjust to a new time zone, for example. There are potential clinical applications that we’re only beginning to imagine.