Back to Parent Page
HomeArticlesSmart Drugs in Health and Disease 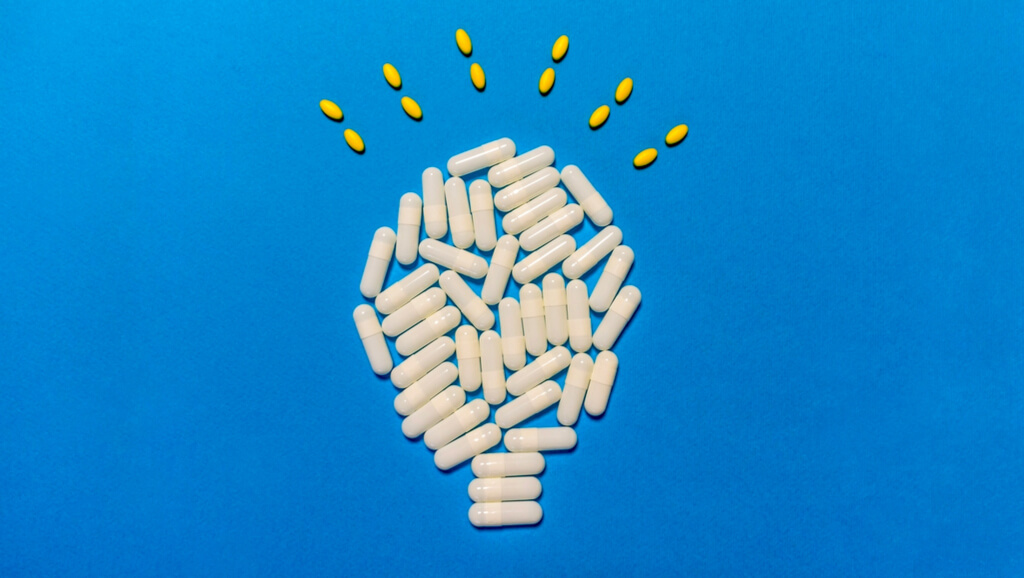 Prescription cognitive enhancers, or ‘smart drugs,’ include the psychostimulants methylphenidate, widely used to treat Attention Deficit Hyperactivity Disorder (ADHD), and modafinil, prescribed as a treatment for narcolepsy and shift work sleep disorder. Over the past decade, though, use of these substances by healthy people has increased dramatically, particularly among academics and college students, who are using them to improve focus and attention to increase their productivity.

This non-medical use raises concerns about safety: We do not know the long-term consequences of using these drugs, and it is especially worrying in the case of students, whose brains are not yet fully matured. It also raises concerns about fairness: If smart drug use becomes widespread, some may feel compelled to take them to stay competitive with their peers, but may not have access to them.

In a recent keynote lecture at the University College London Neuroscience Symposium, Barbara Sahakian of the University of Cambridge discussed the use of smart drugs by healthy people, and their potential benefits for patients with neuropsychiatric disorders such as depression and schizophrenia.

Smarter Use of Smart Drugs?

The military use of psychostimulants has a long history. During World War II, Allied troops took Benzedrine to combat fatigue, while German troops marched on methamphetamine. And today, US, British, and other military forces routinely provide fighter pilots with modafinil, so they can maintain optimal performance despite losing sleep.

More recently, modafinil’s wake-promoting properties have been tested in the private sector. Doctors, for example, often work long shifts without sleep, resulting in fatigue that can sometimes lead to negligence.

In 2012, Sahakian and her colleagues published a small study showing that a single 200 milligram dose of modafinil improved the performance of sleep-deprived doctors on tests of higher cognitive function, and similar results have been obtained in at least one previous study. Based on these results, it could be argued that the use of smart drugs by healthy people could be beneficial for society, by helping doctors, and other shift workers, to stay awake and alert during long working hours.

This idea has proven to be controversial, however. Critics point out that the side effects of modafinil include nausea and dizziness, both of which could compromise a doctor’s performance, and put patients at risk. Furthermore, there are as yet no long-term studies investigating the safety and efficacy of modafinil use by healthy people. Indeed, a 2015 report by the British Medical Association concluded that it is difficult to improve cognitive function in healthy people who are already working at optimal level, and that smart drugs are unlikely to be of benefit in the workplace.

Instead, the report advises people “who wish to protect or enhance their cognitive powers… [to] focus on leading a healthy lifestyle… includ[ing] being physically, mentally and socially active; eating a healthy, balanced diet; and maintaining good sleeping habits.” Reducing doctors’ working hours, to lower stress and burnout, would seem a more appropriate course of action, some say.  [See: How to Stay Sharp in Later Life]

Research from Sahakian’s group and others shows that smart drugs could help to alleviate the cognitive symptoms of various neuropsychiatric disorders. “Psychiatric conditions are disorders of cognition and motivation… with cognitive manifestations including attentional bias, aberrant learning, memory impairments, dysfunctional reward system, and lack of top-down cognitive control of the prefrontal cortex,” said Sahakian. She added that the protracted period of brain maturation makes adolescents especially susceptible to these conditions, which can often go undiagnosed for many years, and that current treatments do little to alleviate their cognitive symptoms.

“It’s very important that we find better ways of treating these disorders, and treat them earlier,” she said. “If we can preserve people’s well-being we can give them a much better trajectory throughout their lives, especially if we can catch them in adolescence.” [See: Motivational Disorders in Brain Conditions]

Depression, for example, is classified as a mood disorder, but it also involves a number of cognitive deficits, such as impairments in memory and executive function. These impairments often persist even after patients have recovered from the mood symptoms, affecting their quality of life and increasing the risk of relapse.

Earlier this year, Sahakian and her colleagues published the results of a clinical trial showing that a single 200 milligram dose of modafinil significantly improved both episodic and working memory, but not executive functions such as attention and planning, in patients in remission from depression. This suggests that the drug has potential as a therapy for these persistent symptoms.

Similarly, schizophrenia is typically characterized by psychotic symptoms such as delusions and auditory hallucinations, and the drug treatments available target these symptoms. But people with schizophrenia also exhibit cognitive symptoms, such as an inability to maintain focused attention, and deficits in verbal working memory and verbal fluency, which can severely affect social interactions. These cognitive impairments often emerge before the psychotic symptoms, and are now considered to be core features of the condition.

“We use working memory for all our higher-level tasks, or executive functions such as planning and problem-solving,” said Sahakian, “So if we could boost working memory, we might be able to affect these other important forms of cognition.”

Sahakian’s team has shown that modafinil can indeed boost working memory in patients diagnosed with schizophrenia. In a 2012 study, they recruited 40 patients with a first episode of psychosis, and randomly assigned them to two groups. Those given a single dose of modafinil performed significantly better on verbal and working memory tasks compared to those given a placebo, a finding that has subsequently been replicated by others.

Smart drugs may therefore benefit patients diagnosed with schizophrenia and depression, when used alongside existing drug treatments. In patients with schizophrenia, small improvements in cognitive functions could aid the transition to independent living.

“In the past, most of the attention has been on people who have been ill for many years with chronic relapsing disorders,” said Sahakian. “We really need to shift the focus to an earlier stage, because if we can detect these problems earlier, we might be able to treat them more effectively.”

Disclaimer: Moheb Costandi serves on the board of directors of the International Neuroethics Society, of which Sahakian is a former president.