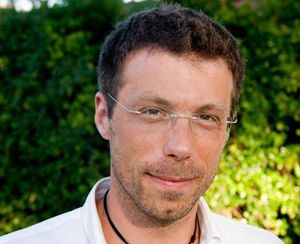 After experiencing a severe brain injury or stroke, many people enter a sort of “in-between” state of consciousness: They appear to recover alertness and arousal—opening their eyes spontaneously and periodically, appearing to wake-up and fall asleep—but show either no sign or minimal signs of having any (self-)awareness. Physicians have relied on tests of behavior to determine who has such a disorder of consciousness: blink once, look towards me, move a finger. But what if the damage has caused the patient to lose those motor abilities? Too often, the patients who are in a minimally conscious state and cannot make these movements can be misdiagnosed as being unconscious (often referred to as a vegetative state) and miss out on rehabilitation therapies that could help them get better. With research suggesting that up to 40 percent of patients who appear to be in vegetative state might actually have some partial level of consciousness, even if fleeting, this is a vital question for both science and medicine. How can doctors reliably diagnose consciousness in patients who cannot respond to behavioral commands? And once consciousness is confirmed, what sorts of therapies or interventions might be used to help improve—even modestly—recovery?

Martin Monti, Ph.D., is a professor of cognitive psychology at the University of California, Los Angeles (UCLA). His work has demonstrated that patients with disorders of consciousness show atrophy in essential thalamic circuits that help give rise to a conscious state. He has also published a case study in Brain Stimulation that suggests using a non-invasive form of stimulation called low-intensity focused ultrasound pulsation can help to “jump start” those damaged thalamic circuits to improve the brain’s ability to process information and, as a consequence, help patients with disorders of consciousness to respond to commands, participate in rehabilitation, and potentially improve their cognitive abilities over time.

Here, Monti discusses the challenges of determining consciousness in patients with severe brain injuries, the potential to stimulate and repair damaged circuits, and why even small improvements mean so much to patients and their loved ones.

What first interested you in studying disorders of consciousness?

Why are disorders of consciousness so challenging to study? And why is it so important that we find better ways to assess and treat these patients?

One of the first problems I was given as a postdoc was to sort out how do you know if a person is conscious. How do you know if you are conscious? If I ask you, of course, you’ll immediately say, “Of course I am!” And you can say that because you feel you are there, and you feel that you are experiencing the world around you. You are an agent in the world. But it is much harder to point to another being and determine if they are conscious. You don’t have access to their senses or experience. We have to depend on looking at the person’s behavior. They tell you or show you that they are conscious. Historically, there’s been no other way.

There was some exciting work, at the time, by Adrian Owen, using fMRI to show mental activity in these patients. Instead of asking someone to move their hand or blink twice in response to a question, you would ask a patient to imagine doing something and then look at corresponding brain activity. We ask them to imagine moving a hand and, if they are conscious, we will see similar patterns of activity that you would see when someone actually moves a hand. In other words, even without the outputs, we can see the brain is doing something. When you ask a person with a brain injury to imagine playing piano or tennis, if they are doing what was asked, we can see the brain gets excited in the places we expect to see activation – and if the activation stops when I say to stop imagining, in a responsive fashion, that’s good evidence you are conscious and using your mind to respond.

Your work has shown targeted atrophy in thalamic circuits. What does that mean for the person?

The first problem was, “How can you tell if someone is conscious if they can’t move?” The second question is what is different in the brain of a conscious and an unconscious person. If we can find out the answer to the second question, then you can start to imagine new ways to help that brain.

We now understand that consciousness is the broad interaction of a variety of different brain systems. That said, there do seem to be special parts of the brain that allow consciousness to arise. The thalamus appears to be one of these key ingredients. It doesn’t quite matter how you got into a vegetative state, the more impaired in consciousness you are, the more atrophy we see in this key region of the brain.

There appears to be something about this region that is particularly important in order to maintain consciousness. The lack of consciousness is not just that overall brain activity is just really depressed—that the brain wasn’t working at its full rhythm. Instead, we see the thalamus plays a vital role. It’s probably the key player that leads the brain into a conscious state. Indeed, when you stimulate this area and you can reengage these important circuits, the whole brain’s metabolic activity increases.

Some work has shown that deep brain stimulation (DBS) could be a way to reengage those circuits. But you are a proponent of low-intensity focused ultrasound pulsations. Why did you think this method might work?

The dominant view suggests that when an animal experiences a severe brain injury, it culminates with the cells in the very central parts of the thalamus kind of going silent. And that results in a kind of global metabolic depression, where the brain cannot sustain the kind of functions that give rise to consciousness. So how can we intervene? There are two broad approaches. The first is invasive: You can put an electrode into the thalamus to help restart activity in those important cells. That’s DBS, and the work has shown some amazing results. The problem is that most patients in a vegetative state are not eligible to undergo this kind of surgery. It’s not a tool you can use on everyone.

So, we started considering a second approach: Could we do the exact same thing, stimulate these cells, but without the surgery? If we could, then virtually every patient with a disorder of consciousness could benefit. That’s where the low intensity focused ultrasound pulsations became very intriguing. It’s almost the same as conventional ultrasounds but instead of scattering the beam, as you do in a fetal ultrasound, we just focus it so it creates an ellipsoid, sort of a cigar shape, of energy deep inside the brain without having to stimulate all the tissue along the way. You can make this little focus of intensity at a distance that allows us to precisely target the thalamus. And, if it works the way we think it might, virtually anyone who can get an MRI can also use this tool. It’s the size of a coffee cup saucer, and you can just put it by the patient’s head to stimulate the thalamus in a non-invasive way to activate the circuits you want to activate.

You’ve had success with this approach as described in a case study. Do you expect to see the same results in other patients?

That patient had a remarkable recovery. We are currently writing up a greater collection of patients who have chronic disorders of consciousness, meaning they have experienced issues for at least a year. Some of the patients had the diagnosis even longer than that. On average, we did see an amelioration after using the stimulation, meaning we saw some new behaviors in these people. For some patients, that behavior may be the ability to move a finger a bit more in response to commands where before they could not do it consistently. In another case, we saw the patient gain the ability to respond to questions by looking up and down systematically. That makes us very hopeful.

We are now working on a longitudinal study. At this point, we need to do a careful study where we bring in patients with chronic disorders of consciousness and do careful behavioral and physiological measurements both before the ultrasound and then right after. Because, if this works, when we stimulate, we should see an amelioration of brain activity associated with better levels of consciousness, for example, an increase in the brain’s metabolism using positron emission tomography (PET). The short-term goal is to establish that this technique is neuroactive using objective markers, to show that this intervention is affecting the markers that matter most—the ones that are tied to a recovery of consciousness. We’d also like to do a double-blind study, where we have two groups of patients where one group gets the ultrasound and the other group does not, so we can see whether the group who gets the treatment does better. We also need to find out what are the preconditions for this approach. This technique may not work for every patient. We need to understand who it works best for and why. When we put these things together, we can start moving the needle to see whether this is a viable treatment for these patients.

How do you hope your work will help us treat patients with disorders of consciousness?

There are many rehabilitation centers that are very good at what they do, but they struggle to help patients who cannot actively participate in recovery. We need patients who can actively engage.

Some of these functions that are recovered may seem very tiny from a distance, but they are actually quite meaningful. You may think being able to move your thumb systematically or blink in response to questions isn’t much, but the kinds of full recovery you see in movies isn’t a reasonable expectation for most patients with these disorders.

If we can get patients to be a little more responsive, they can start interacting more in different therapies, which may help them. They can start interacting with their families, which is huge for both the patient and his or her loved ones. Being able to engage and communicate, even if it’s just a yes or no, allows patients to participate more in life. And that would already be a wonderful result.

Los Angeles Times story, “For months, he lingered in a purgatory between wakefulness and nothingness”