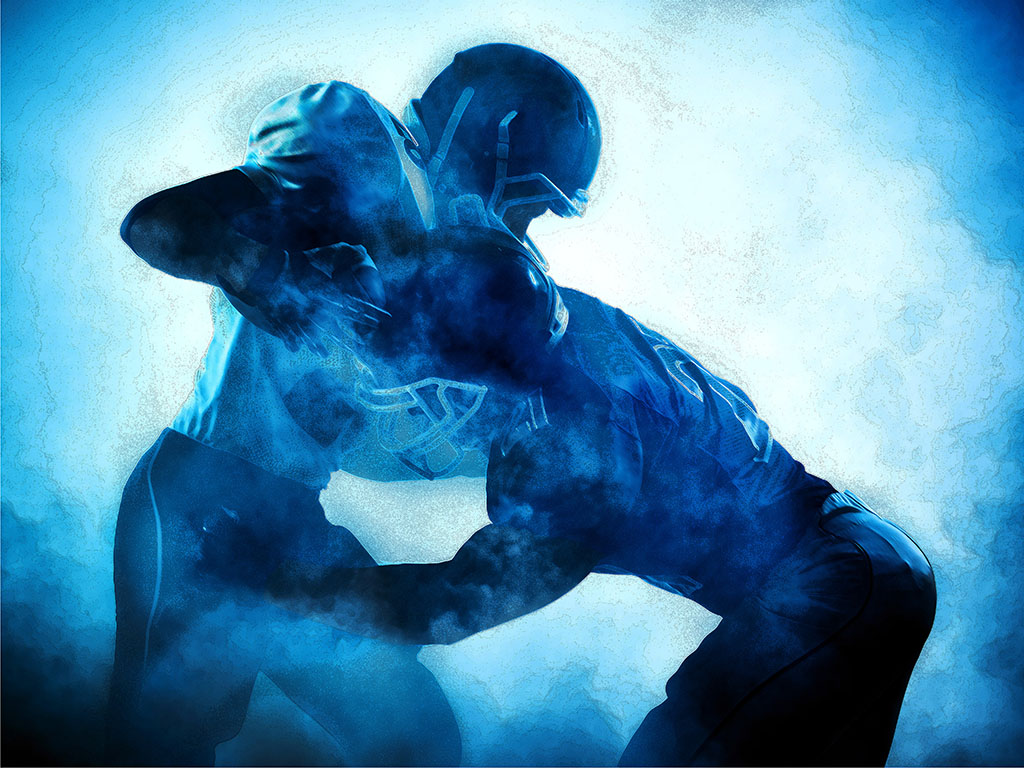 The National Football League’s 2018 season has triggered sharp debate over whether the elite professional league has done enough to protect its players from concussions and other injuries or has gone too far and robbed the sport of its essential vitality. The same health concerns are relevant to other head-contact sports such as boxing, hockey, and soccer, and to athletes of all ages, from peewee leagues through college and professional sports.

Players, parents, coaches, and sports administrators must confront a host of ethical issues, including whether all contact sports should be banned, at least at certain age levels, or whether that would rob the nation of sporting events that can unify communities and, some say, build character through discipline and teamwork. Huge conflicts of interest impede sound policy at virtually every level.

For many years the NFL downplayed the effects of head injuries and claimed there were no long term-effects on players. But in recent years the league settled a class action suit with thousands of players for $1 billion. Although the league says there was extensive fraud in documenting brain damage among players, there is no doubt that many, many players were grievously injured.

The league has taken some steps to protect its players from brain injury, most notably by making helmet-to-helmet hits illegal. Unfortunately, enforcement has been spotty. The league has also introduced 47 rule changes since 2002. They include requiring more medical personnel to help diagnose head injuries, more careful treatment of players suspected of sustaining a concussion, and banning certain plays and procedures deemed too risky.

Many fans and players—and President Donald Trump—have complained that the rules go too far. Mr. Trump, as a candidate, derided the league for benching players who received “a little ding on the head.” After taking office, he complained that the penalties for hard hits were “ruining the game.”

Some players, deeply worried about potential brain damage, have retired rather than face additional hits. John Urshel, an offensive lineman for the Baltimore Ravens who is working toward a doctorate in math at M.I.T., retired at age 26. While recovering from a concussion, he found it tough to do high-level math and had “really hard times thinking through things and visualizing things.” Similarly, Chris Borland, a young linebacker for the San Francisco 49ers, quit at age 24 after an outstanding rookie season because he feared getting brain damage if he continued to play.

On the other hand, many players, fans, and sports announcers complained mightily when the league tightened its rules against roughing the passer this season. One coach even asserted that his defensive end injured himself when he tried to avoid putting his full weight on a quarterback he sacked.

The chief research on traumatic brain injuries and chronic traumatic encephalopathy (CTE) among NFL players has been done by a group at Boston University school of medicine, led by Dr. Ann McKee (a Dana Alliance for Brain Initiatives member), that maintains a brain bank of tissues donated by players or their families. McKee found that 110 of 111 brains of deceased NFL players had evidence of CTE. The findings were unavoidably skewed by selection bias, but even so it was a stark warning of troubles ahead.

In none of McKee’s studies did concussions correlate with CTE. Rather, the cumulative number of sub-concussive hits over years of exposure correlated best with the presence and severity of CTE. The researchers also examined brains from the Canadian Football League and from high school and college players. High school players typically had mild cases but even mild cases had cognitive, behavioral, and mood symptoms. Eric Pelly, a high school football and rugby player, died at age 18, ten days after his fourth concussion. His brain showed early stage CTE.

A team led by Dr. Sam Gandy at Mt. Sinai medical school in New York is exploring the use of scans to test for CTE in players still living. If he succeeds, it should be possible to let players know what brain damage, if any, they have already suffered and perhaps find drugs to treat and prevent such damage.

What should be done in the absence of better knowledge of how to predict the risks to an individual player? Research has shown that children who start playing tackle football before age 12 experience an early onset of cognitive, behavioral, and mood symptoms associated with CTE. Thus it would surely be wise to outlaw head-contact sports for pre-teens. Recognizing the inevitable, the NFL and its foundation are promoting flag football for this age group as an entry point to learn skills and teamwork without butting heads.

It might also make sense to ban all head-contact sports until age 18, when players are presumably mature enough to decide what risks they want to take, just as they decide whether to drink, smoke, or join the military.

It will be a struggle to eliminate conflicts of interest. Some parents view football as a family tradition and a possible ticket to a college scholarship and so may gloss over the risks. The governing authorities of professional and college football, and many individual colleges as well, have such a stake in their enormously profitable football programs that they can’t always be trusted to put the health of their players foremost. The NFL stopped funding research on brain injuries by the National Institutes of Health (NIH) after it was unable to funnel money to a researcher it deemed friendly and when it failed to oust a lead investigator it deemed too critical. To its credit, the Ivy League has eliminated all full-contact hits from regular season practices and changed its kickoff rules to reduce high-speed collisions, thus drastically reducing the rate of concussions.

Can science and technology ride to the rescue? A multi-center study funded by NIH will study the brains in three groups of living athletes—former NFL players and former college players, with or without CTE, and a control group of people who have never played contact sports— to better understand the evolution of brain damage. Meanwhile, researchers at Columbia University are working on EEG-embedded helmets that can detect sub-concussive events as they occur and send encrypted findings to a coach on the sidelines to take action if necessary.

The concerns over brain damage have had the salutary effect of reducing participation in youth football. The number of high school football players has been declining in recent years. Some schools don’t have enough players to put the standard 11 men on the field at one time,. Some join leagues that play only six or eight players at a time. Others drop football entirely. The accumulating evidence of brain damage is just too powerful to ignore.