Back to Parent Page
HomeArticlesThe End Comes as a Wave 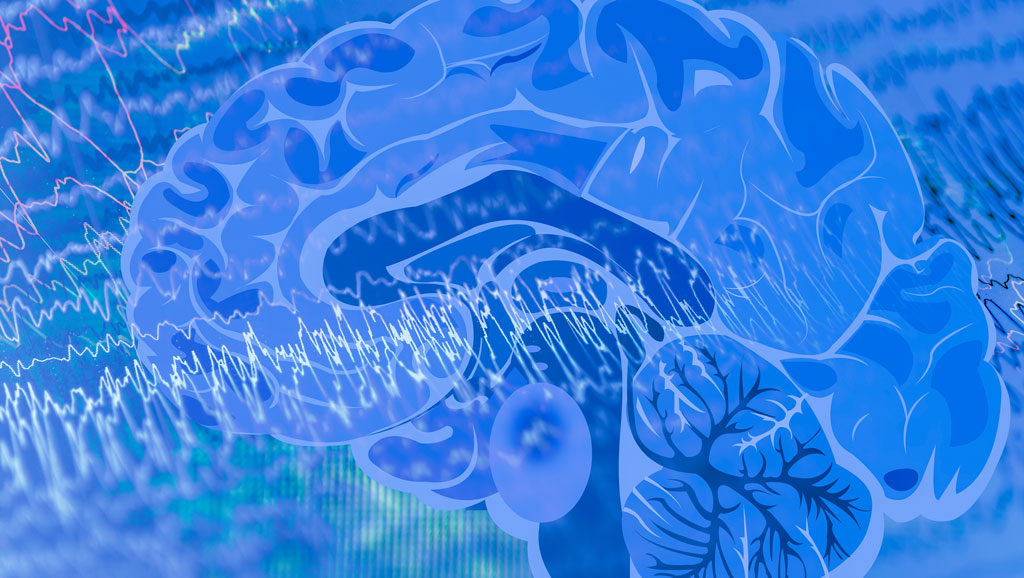 Death is a part of life, and while much of life is poorly understood, death is shrouded in mystery. What goes on in our brains before we die?

Neuroscientists in Germany and the US have recently shown that “brain tsunamis,” waves of cell depolarization – massive short-circuits of the neurons – sweep the cortex within ten minutes of cardiac arrest. These waves of spreading depolarization mark the beginning of the end, and trigger a gradual poisoning of neurons. They recorded brain tsunamis not just as people died but also after other critical events, such as a brain hemorrhage. Their findings could have immediate application in ERs and critical-care wards.

Measuring what happens in the brain immediately after a stroke or cardiac arrest is difficult, but Jens Dreier, at the Center for Stroke Research Berlin, and Jed Hartings, at the University of Cincinnati, saw an opportunity in their work in neurocritical care. Their centers monitor the brain activity of patients with certain conditions, such as traumatic brain injury or bleeding after an aneurysm. This neuromonitoring involves putting electrodes either directly onto the surface of the brain or deep into the cerebral cortex. Clinicians can then record electrical activity directly from the cortex.

Some patients suffering from such brain injuries did not respond to treatment. After family discussion and agreement, the doctors withdrew life-sustaining therapy while neuromonitoring continued as the patient died. What the neuroscientists observed was striking, says Jed Hartings.

“Previously, it was thought that the end occurs when the brain stops its electrical activity and goes silent,” he says. “But it doesn’t. We show that the brain remains in a viable state for several minutes after this flatline. And then the final brain tsunami occurs: A wave of depolarization sweeps through the cortex.”

This brain activity reflects what happens to the neurons as the heart stops pumping fresh oxygen to it, explains Jens Dreier. “After cardiac arrest, blood flow to the brain stops. Neurons and astrocytes detect that the oxygens levels drop, even before their own metabolism is affected. The neurons then switch off their function to get into an energy-saving mode: electrical activity stops, the neurons no longer send any signals. This is the flatline.” But while the neurons use less energy in this mode, they don’t use none–they still need some to maintain their internal metabolism.

Normally, ion pumps monitor and maintain a difference in charge between the inside and outside of neurons; this difference is essential for neurons to send their signals. But the pumps need energy, and this is where the system fails, Dreier says. “Eventually, there is no longer enough energy to keep the ion pump going. The ion gradients collapse: Ions from inside the neurons stream out, and those from the outside stream in.” As cells, and neurons in particular, have a carefully balanced chemistry, this change in the concentrations has dramatic consequences.

“After depolarization, there is complete chaos in the cells,” he says. “Calcium levels, for example, increase a thousand-fold. These changes are highly toxic to the neuron. However, when blood flow sets in again and energy is provided to the brain, some cells can re-polarize and may recover their function. But it is fiendish: Although the depolarization is reversed, the neuron might still die from apoptosis.”

The commitment point, the beginning of the end, is elusive. “As spreading depolarization is, in principle, reversible, the commitment point at which neurons start dying and at which there is no going back is hard to define,” Dreier says. “Actually, we can only define this point in retrospect. Death is a process that takes some time.”

For Dreier and others, the findings have a concrete call to action.

“We see that patients live longer after a cardiac arrest if some circulation remains. So resuscitation attempts are very important. Even if the heart doesn’t start pumping again immediately, as long as the blood flow is kept going, the brain is kept in a state in which it is able to survive for longer.”

Clues to hemorrhage mysterySpreading depolarization could also explain the puzzling clinical course seen in patients with sub-arachnoid hemorrhage (aSAH), or bleeding in the space between the brain and the tissues covering it, another recent study by Dreier and Hartings suggests.

Patients with aneurysmal sub-arachnoid haemorrhage are likely to develop a series of complications about a week after the initial bleeding. “This condition has remained enigmatic, as the causes for delayed deterioration were unknown,” Hartings says. “Previously, not much focus was put on the brain damage that occurs soon after the aneurysm ruptures. This was considered too early to medically intervene. But we found that the aneurysm itself causes a significant amount of brain damage.”

These results could also change treatment for aSAH, Hartings hopes. “Through neuromonitoring, spreading depolarizations can act as an early warning system for clinicians before brain damage is irreversible,” he says. “Clinicians could, for example, pay close attention to whether the brain receives enough blood flow and oxygen.”

“Looking at the end of life, the researchers tied together death and spreading depolarization in a very controlled clinical setting with strong data. This is an amazing observation, finding other ways in which spreading depolarizations impact the brain,” Shuttleworth says. “And by looking at subarachnoid hemorrhages, the researchers found the first electrophysiological signature for the events causing brain damage.”

“The spreading depolarization shows that brain cells are dying, and gives a tremendously useful marker in the clinic for when something is really hurting the brain,” he says. This is not just a curiosity, but something actionable in intensive care.”