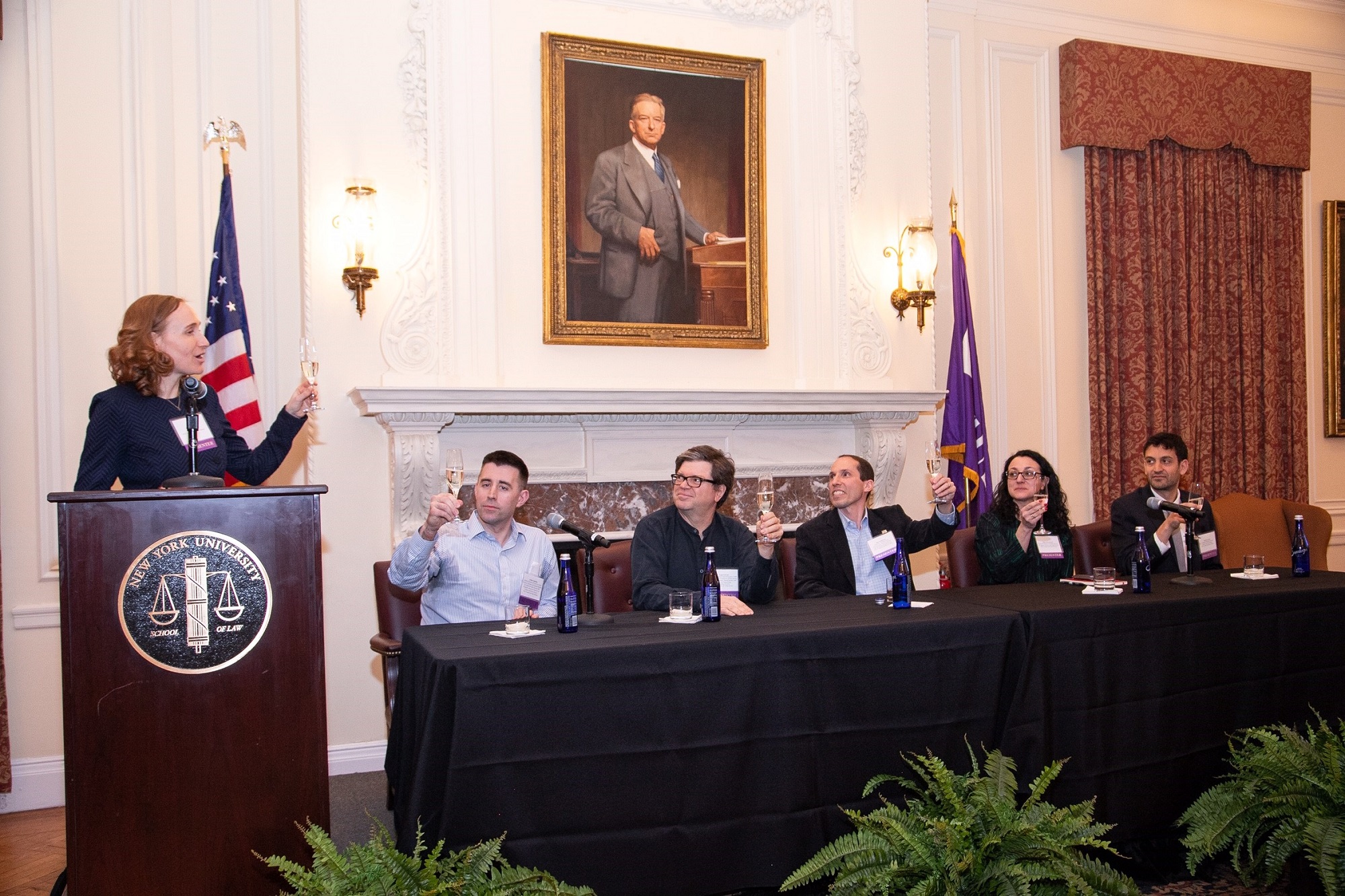 It may be more than coincidence that the NYU Center for Data Science (CDS) chose to hold its Fifth Anniversary Celebration during Brain Awareness Week. The event, held in a well-appointed room at Vanderbilt Hall in New York City, opened with speeches by New York University’s new Vice Provost of Research Staci Grossman Bloom and new CDS Director Julia Kempe that focused on the importance of data science as a vital multi-disciplinary field and the enormous growth of the center in just five years.

The panel discussion was a straightforward Q&A. The four panelists mostly addressed the limitations of artificial intelligence (AI) and the ethical issues surrounding the collection of mass quantities of data. Privacy concerns, unintended consequences, and moral behavior of machines and data collection are all huge issues. It wasn’t until someone in the audience asked the panel to discuss the benefits of AI and data science that some of the positives were pointed out.

AI and data science are everywhere. It has become essential to the way we analyze candidates and political issues, transportation, pharmaceuticals, sports performance, entertainment, and social media. But healthcare is the area where AI and data science may have its most significant impact, and that’s why Brain Awareness Week is an appropriate time to celebrate its growth and potential.

In the answer to the question about its benefits, Daniel Sodickson, Vice Chair for Research, Radiology at the center, pointed out that genomics is the direct result of data science. In his field of radiology, technology has the potential to make magnetic resonance technology ten times faster. Predicting the future of someone having a disease is also an enormous benefit that is on the horizon, he said. [Read more about genomics and human data collection from a previous blog, “Taste of Science: Big Human Data.”]

But when asked an earlier question about AI, he said “it’s like the Wild West out there,” adding that a hot topic in imaging is the competition between machines and humans. Brenden Lake, assistant professor of data science and psychology and one of MIT Technology Review’s 35 Innovators Under 35, builds computational models of everyday cognitive abilities, focusing on problems that are easier for people than machines. He pointed out that the ethical and social considerations are a reason for the university’s AI Now Institute, founded in 2017 to address all of the concerns they touched upon during their short panel discussion.

“Right now, machines can do single tasks, but they don’t have the intelligence of a house cat,” said Yann LeCun, Ph.D., vice president and chief AI scientist, FAIR Facebook, and founding director of the CDS. “But we are working on the next generation of machines and, at this rate, I expect that we will get there.”