Back to Parent Page
HomeArticlesThe Neuroscientist Who Lost Her Mind 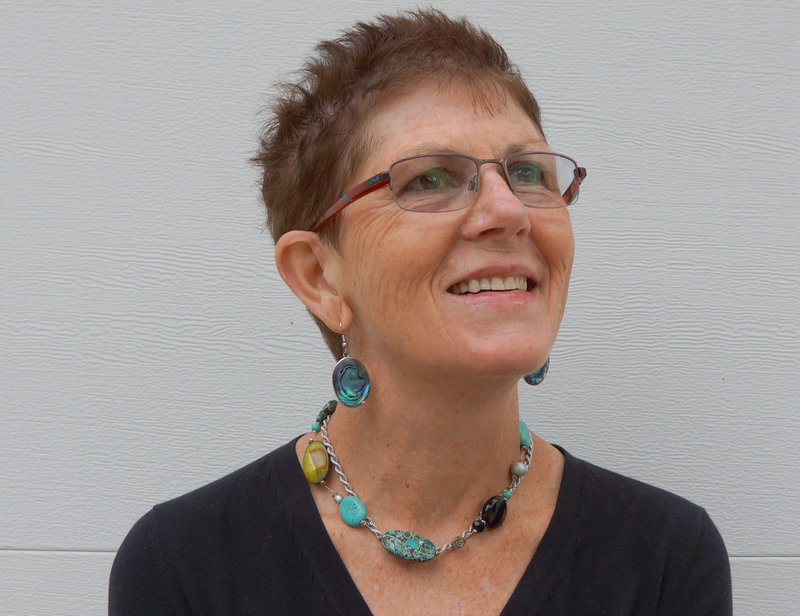 On a recent night at New York’s Rubin Museum of Art, neuroscientist Barbara Lipska, Ph.D., sat down with journalist Jake Halpern as part of the museum’s annual Brainwave series. The discussion gave audience members the unique opportunity to hear a lucid perspective of what it’s like to experience psychosis. The interview was also particularly intimate because, in addition to his successful career as a writer, Halpern also happens to be Lipska’s son-in-law. His questions stemmed from firsthand experiences he shared with her as she battled malignant brain tumors that caused the psychotic episodes and nearly took her life.

As director of the Human Brain Collection Core at the National Institute of Mental Health, Lipska studies schizophrenia by analyzing postmortem brain dissections and observing the behavior of rats that have a disconnection between the hippocampus and prefrontal cortex. “They’re actually not as different as we would like to think,” she said of the rats. “They’re smaller, that’s for sure, and they don’t have this convoluted frontal cortex. But they are very intelligent animals, and they know what they have to do to get a reward.”

Lipska found that the young rats developed behavioral changes similar to those of people with schizophrenia, but it was only after they grew up, or became “young adults.” Despite being social animals, the rats could no longer interact with their peers and displayed other symptoms that correlated with the separation between the frontal cortex and hippocampus.

In a twist of cruel irony one day in 2015, Lipska found herself in need of a neurologist after she started experiencing a strange series of events beginning with her right hand “disappearing” when she moved it out of her direct line of vision. She knew right away that this was a symptom synonymous with brain tumors, she said, but could not convince herself it was true and carried on with the rest of her work day. Brain imaging later confirmed three tumors in her visual cortex, which she and her family learned was caused by melanoma. The cancer often will metastasize in the brain, she said, and it was “basically a death sentence.”

At the time, immunotherapy was an up-and-coming treatment for melanoma, but it was not approved to treat tumors in the brain. Lipska was placed in a clinical trial, which she was warned would be risky and painful. The immunotherapy treatment works by targeting lesions, identifying them and attacking them, Halpern explained; but it also inflamed them in the process. Lipska’s reaction to this treatment happened to be hyper-responsive.

Halpern recalled the bizarre behavioral changes he and his wife began to observe in Lipska, such as losing her temper and snapping at her grandchildren. “I was an angry person,” she agreed, “…But you would see that there was a way to justify all of my behaviors, if you tried.” Lipska remembered every incident of her irrational tantrums, paranoia, and distrust of everyone around her, including her family. “Everybody was in my way, trying to either poison me, or do something bad to me, or purposefully make my life harder and harder,” she said. The tumors also caused splitting headaches.

One night, after Lipska had pizza and was getting ready to go bed, another migraine began. It made her sick, which, in her mind, was the result of the pizza she ordered being poisoned. It caused her to vomit, and she was convinced what she consumed was made of plastic. “One of my problems—and I later understood why—was that I had absolutely no insight into my own behaviors,” she said. “I was the only normal one, and everybody else [was] either misbehaving, or trying to kill me…I was the only one that was doing everything right.” Halpern recollected the concern he shared with the rest of the family and said it was finally Lipska’s daughter, his wife, who was able make her see a doctor again.

Despite the painful process, the immunotherapy treatment worked. Before this no one survived tumors in the brain, Lipska said. Despite her return to her old self, Halpern admitted that there are still moments when he and his wife second guess decisions she makes and fear that the cancer is back. She agreed that she shares the same concern if she happens to forget a word or incident. “Hopefully it won’t happen, but it might,” she said.

When asked if she thinks the progression would be the same as the first time, Lipska said that it probably would. “I wouldn’t know; I would just be ‘gone.’ But it is the same situation in which people with mental illness are. They may behave in very similar ways that I did, and they don’t know it. They don’t mean it. They cannot be self-responsible for that because who can be responsible for their own illness?

“We have to do more research on this. As with cancer, there has been such incredibly huge advances—I mean the immunotherapy that I got saved my life…But we don’t have these answers or medications for mental illness. It will take a long time, or a lot of luck, for us to find a cure.”