Back to Parent Page
HomeArticlesThe Opioids Crisis: A Balancing Act 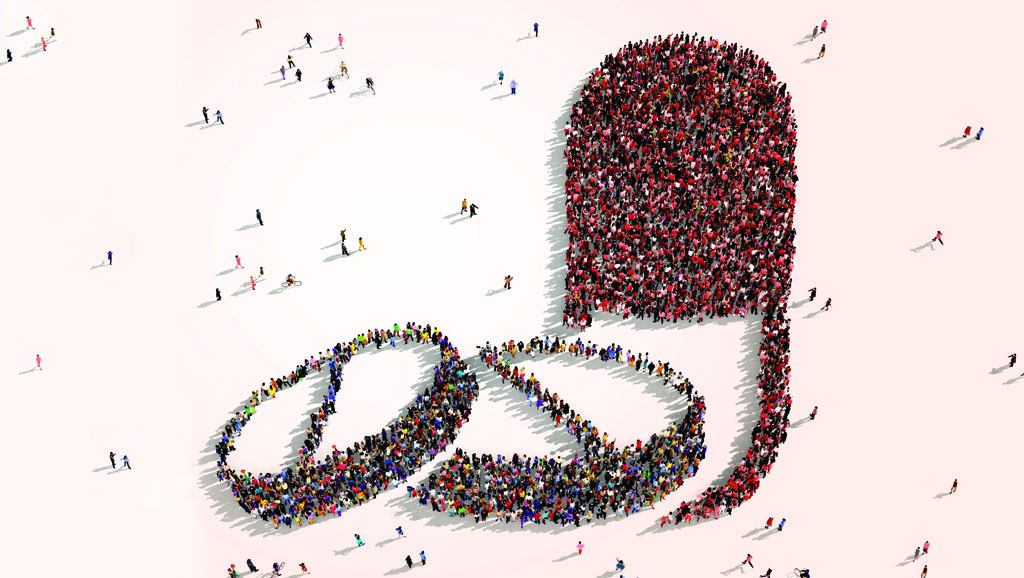 The worsening crises of opioid addiction and death from opioid overdoses has raised a troubling ethical issue that will be difficult to resolve: How can we reduce the easy availability of opioids that is fueling the epidemic without depriving pain-wracked people of the opioid pain-killers they desperately need?

The importance of solving this problem is all too apparent. More than 2 million Americans are estimated to have problems with opioids. There were 72,000 overdose deaths in 2017, more than 40,000 of them involving opioids. A paper from Stanford University, published recently in the American Journal of Public Health, projected that if we stay on our current course more than 500,000 people will die over the next decade from overdoses of prescription opioids and street heroin, which has become much cheaper and more available as opioids have become much more expensive.

There is bipartisan agreement in Congress that we need to do more to stem the epidemic. Before the members left town to campaign in the mid-term elections, both chambers passed legislation to combat the epidemic by overwhelming margins—393 to 8 in the House and 98 to 1 in the Senate. The bill was promptly signed into law by President Trump.

The legislation is notable in two respects. It was a rare instance of bipartisanship in an otherwise dysfunctional Congress. And it approached the problem broadly, through an array of programs that attack various aspects of the crisis.

The provisions are a mix of public health and law enforcement measures. One aims to block deadly fentanyl, which is fueling the rise in overdose deaths, from being imported through the mail. Others would expand access to treatment by allowing more health professionals other than doctors to prescribe medications for opioid addiction. Another would provide funds to research and develop new non-addictive painkillers.

But the bill has been justly criticized for its meager investment of only $8 billion to support a scatter-shot array of programs over a five-year period, far short of what virtually all experts agree is needed. Republicans resisted any greater spending. A bill proposed by Democrats would provide $100 billion over ten years for addiction treatment and other supports but has gone nowhere because of Republican resistance to the cost. Even with the Democrats now in control of the House, it remains unclear how much Congress will be willing to spend on opioid programs.

Early this year, The New York Times asked 30 experts in public health, public policy, and law enforcement how they would propose spending $500 billion over five years, if it were made available, which is roughly the current level of federal spending on HIV/AIDS domestically. They disagreed on whether to focus on treating addiction or trying to prevent addiction from forming in the first place by addressing social issues that allow opioid addiction to thrive.

Treatment was favored by 47 percent of the experts, who wanted, for example, to expand access to medication-assisted treatments like methadone and buprenorphine as ways to cut mortality rates substantially. Those seeking to prevent addiction wanted to provide more services in the community, such as child care, family support, job training, and social programs for prisoners after they leave jail. Many also wanted to reduce the volume of opioids prescribed to make it harder for people to obtain and overuse them.

But improving social support takes time and money, so treating the victims of opioid addiction and overdoses surely deserves greater attention. One high priority should be the drug naloxone, brand name Narcan, which Mark Gold, M.D., a leading expert on opioids, described in a recent podcast for Cerebrum, a sister publication of the Dana Foundation, as a “miracle drug” because it can revive an overdose victim who is unresponsive almost immediately.

Some 48 states allow pharmacists to prescribe and dispense this miracle drug, thus short-circuiting the need to visit a doctor to get a prescription. Some experts would prefer to make it even more readily available by allowing it to be sold over the counter with no need for a prescription.

It is not generally recognized how weak the evidence is behind our treatments for opioid addiction. As Gold analyzed the terrain in the October 2018 issue of Cerebrum, naltrexone is inexpensive, safe, effective, and longer-acting than naloxone. But the long-term data for naltrexone is scant and, for buprenorphine, weak or inconsistent. Experience tells us these drugs can help patients, but what we really need is more sophisticated neuroscience-informed treatments based on their effects on brain circuits. We need more resources directed toward development of biological markers using advanced neuroimaging and novel drugs based on systems neuroscience.

The difficulty of finding the right balance between treating pain and preventing overuse and abuse was at the core of a controversial decision made recently by the Food and Drug Administration (FDA). An extremely potent opioid, known as Dsuvia, has been used intravenously for decades in hospitals to reverse opioid overdoses. On November 2nd, the agency approved a new oral form of the drug.

Ominously, the chairman of an advisory committee and a respected consumer advocacy group warned that the oral form could be diverted to unauthorized users. The FDA is restricting its use to hospitals and surgical centers; it is not approved for sale in pharmacies or for use at home. But critics are skeptical that the line can be held. It may take years to determine whether the agency got the balance right.

Philip M. Boffey is former deputy editor of the New York Times Editorial Board and editorial page writer, primarily focusing on the impacts of science and health on society. He was also editor of Science Times and a member of two teams that won Pulitzer Prizes.