Back to Parent Page
HomeArticlesTinnitus, The Troublemaker in Your Brain 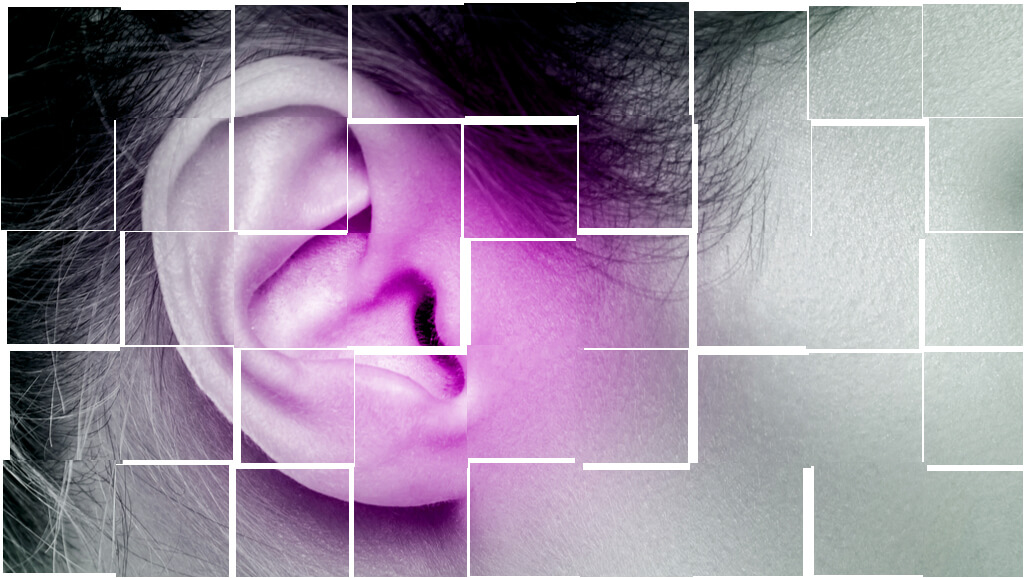 The music is jubilant and lively. But suddenly, a shrill, high note on the violin begins to pull at the nerves: In his string quartet, From my Life, the Czech composer Bedřich Smetana translated the ringing noise in his ears into music. The composer describes his experience in a letter: “But the greatest torture is caused me by the almost continuous internal noise which goes on in my head and sometimes rises to a thunderous crashing.”

Like Smetana, more than 50 million people in the United States experience tinnitus: a sound they can hear when no actual sound is present. The name “tinnitus” comes from Latin and describes the ringing sound described by many patients. 20 million people are estimated to struggle with a chronic form, while 2 million suffer from an extreme form of tinnitus. So far, there is no cure that makes the sound disappear in all forms of tinnitus; most therapies aim to help patients cope better with the constant sound, which can be so uncomfortable that tinnitus sufferers have been driven to suicide. But a new model suggests that tinnitus is the side effect of a mechanism that improves hearing, and points towards potential new ways for treating tinnitus.

While the mechanism behind tinnitus is still not understood, it is commonly accepted that it arises not in the ear, but in the brain. Most people with tinnitus have some damage to their hearing–though not all people with hearing difficulties also experience tinnitus, says Holger Schulze, neuroscientist and otolaryngologist at the University of Erlangen, Germany. Schulze has developed the new model for a tinnitus mechanism, partly to try to answer the questions that arise from an observation of people who have cochlear implants.

One model previously proposed to explain this observation is lateral inhibition. Lateral inhibition means that neighboring neurons can inhibit one another. The more active a neuron is, the more strongly it represses its neighbors. According to this model, tinnitus arises when hearing is damaged, as sounds of a specific frequency are not processed anymore. The neurons that normally respond to this frequency become less active and release the brakes on their neuronal neighbors. These neighbors–which respond to sounds of neighboring frequencies–in turn become more active. At each step of the neuronal relay towards the auditory cortex, this signal is enhanced, and the phantom sound “rings.” But there is one problem, says Schulze. “This model would mean that you hear two frequencies: one below and one above the damaged area. But the overwhelming majority of patients only hear one sound, with one frequency. And this tinnitus has a frequency that doesn’t correspond to the margins of the damaged area, but to the middle.”

Lifting the Signal Above the Limit

Their model is based on stochastic resonance, and Schulze credits a postdoc in his group, Patrick Krauss, with the initial idea. Stochastic resonance is the name for a phenomenon that can occur when a signal is too weak to be detected. When noise is added to the weak signal, the combination of signal and noise may be strong enough for the sensor to detect the signal. This could be at work in our hearing system, says Schulze. “We think that this occurs at the first point at which information from our ears reaches our brain, at the dorsal cochlear nucleus (DCN). We presume that here, the flow of information to our brain is continually optimized. When less information reaches the DCN, too little to be sent on to the next relay point, neuronal noise is added. The sum of the original signal and the noise is then strong enough to be passed on. This is a fine-tuning mechanism to continually optimize information transmission in our auditory system.”

In this model, tinnitus is “noise” in the system that can be heard. When hearing is damaged, the flow of information from the neurons covering these frequencies is reduced. To improve hearing, more noise is added to the weak signal. This boosts the signal and partly compensates for the damage, but the increased neuronal activity is perceived as tinnitus.

“In our view, tinnitus is a collateral damage of a mechanism that seeks to optimize damaged hearing,” Schulze says. “Indeed, in our patients with tinnitus, we could observe that their hearing thresholds are improved, compared to others of the same age. These thresholds also measure how well patients can understand language in a noisy environment, like at a party.” This optimization would occur continually, which would explain why tinnitus can arise so quickly.

So far, Schulze and his team don’t have definitive proof that stochastic resonance is at work in our hearing system. “Our observations from gerbils, in which we can induce tinnitus, confirm that they have improved hearing thresholds, like our patients,” Schulze says. “But we do not have the proof that stochastic resonance happens at the level of single cells. Instead, our model is the one that can explain the observed phenomena, like speed and improved hearing thresholds.” Another observation is that many patients can modulate the loudness of their tinnitus by pressing their jaws together. “This is input from the somatosensory system. We think that the somatosensory system is the source of noise, and indeed, the somatosensory system connects with the dorsal cochlear nucleus.”

For Schulze, tinnitus is not a random damage. “Our model also gives tinnitus a function. It is not a pathological phenomenon, but an adaptation of our hearing system to changed circumstances. And this adaptation is not just harmful, in that our patients suffer from tinnitus, but also has benefits, such as improved hearing.”

Looking for the Truth in Tinnitus

David Baguley, professor in hearing science at the University of Nottingham and former president of the British Tinnitus Association, recently co-authored a review of why a cure for tinnitus is still missing. Baguley sees stochastic resonance as one model among several. “I think there is a consensus that tinnitus is a noise within the system. Stochastic resonance is one way in which noise can be boosted over signal. […] There are a number of proposals for mechanisms, and they are not mutually exclusive. In fact, they are under urgent investigations. One problem is that animal models don’t really represent the human experience. But understanding the mechanism of tinnitus is important.”

Schulze agrees that models of tinnitus need to be seen in context. “I think that all models contribute a piece of the truth. Our model helps to explain part of the phenomenon, particularly the speed at which tinnitus can arise.”

Marlies Knipper, a tinnitus expert at the University of Tübingen, Germany, also emphasizes that the models must be seen together to finally arrive at the true mechanism. “I vehemently assert that we should not look at the individual theories and defend these, but instead look at them all and find a consensus. Each model is a bit true, but the others are as well–they have to be brought together and connected. Finding a consensus is the only way to bring us forward, and we are working on it.”