Back to Parent Page
HomeBriefingsToward a Medical Model of Neuropsychiatric Disorders 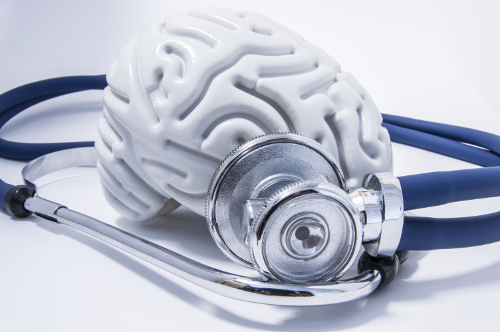 Driven in large part by advances in neuroscience and brain imaging, psychiatry is gradually but inevitably marching toward the so-called medical model of understanding diseases according to their underlying physiology. New findings have helped affirm the long-postulated idea that even mental disorders have a physical basis, presumably some kind of aberration or malfunction within the systems and circuitry of the brain.

One of the latest pieces of evidence comes from recent brain imaging research on attention-deficit/hyperactivity disorder (ADHD), which sheds needed light on the neurobiological underpinnings of ADHD and points the way for more precise interventions based on an individual’s neurophysiology. The work follows a pattern of similar research elucidating the brain bases of depression, post-traumatic stress disorder, schizophrenia, and other psychiatric disorders that have long defied simple explanation or treatment.

“This is what the medical community has been doing for a number of years,” says Karen Seymour, Ph.D., an ADHD researcher at Johns Hopkins School of Medicine. “They’re just farther along than we are because we’re a younger science.”

Francisco X. Castellanos, M.D., a child psychiatrist at New York University Medical Center and prominent ADHD researcher, says: “Across all brain disorders, I think we’re still largely ignorant about physiology. When you have no idea of what’s going on physiologically, you’re completely fumbling in the dark.”

A better understanding of the underlying neurobiology should enable psychiatric treatment to move beyond the “fumbling-in-the-dark” stage and into a phase of more rational, individualized therapies, whether pharmacological or behavioral. “By understanding what the biological mechanisms are, the hope is that it will give clinicians a more quantitative and predictive understanding about the choice of intervention, to allow a precision medicine approach,” says Stacia Friedman-Hill, Ph.D., a National Institute of Mental Health (NIMH) scientist whose program funded the new ADHD research.

Parsing the Neurobiology of ADHD

Like most mental health conditions, ADHD is not one-size-fits-all: Symptoms vary from one individual to another and can change across the lifespan even in the same individual. Research published in November in Biological Psychiatry : Cognitive Neuroscience and Neuroimaging has provided some of the first clear evidence that these differences are reflected in brain circuitry. Researchers found distinct neural signatures in subgroups of children with ADHD carefully categorized according to their cognitive and behavioral symptoms.

The study was led by Michael C. Stevens, Ph.D., of Yale’s Olin Neuropsychiatry Research Center, whose team used functional magnetic resonance imaging (fMRI) to reveal abnormalities in two distinct brain circuits thought to underlie two well-characterized sets of ADHD symptoms: attention/inhibition deficits (so-called executive functions), and reward-processing deficits. The former can manifest as difficulty staying on task or impulsivity in actions, while the latter are associated with a penchant for immediate gratification, which can present as a lack of motivation for tasks that have a less obvious or delayed benefit.

Stevens’ group assessed 251 adolescents aged 12 to 18 (117 with ADHD; 134 controls), using a battery of neuropsychological tests to categorize kids into subgroups based on symptoms, either executive or reward-related. About two-thirds of the children then underwent noninvasive fMRI scans to examine patterns of brain activation in parts of the brain involved in executive function and reward. The results showed distinct profiles of brain activation associated with each subgroup of children with ADHD, and virtually no overlap between the groups.

It is the first clear neuroimaging evidence to support the so-called “dual-pathway model” of ADHD, first published in 2003 by Edmund Sonuga-Barke, Ph.D., of the University of Southampton, UK, who advocated for reframing the disorder to overcome roadblocks to elucidating its biology. In the 15 years since, some studies have tried to elaborate on the hypothesis using neuropsychological tests, but none had applied brain imaging to the question.

“No one has ever taken that whole idea and grouped kids based on these two behavioral characteristics in a head-to-head comparison, then looked at activation in these two different brain pathways to see what we find,” says Seymour. “They were able to back up their behavioral findings with their neurobiological findings, which you don’t often see.”

That the findings showed such a clear linkage between brain to behavior, neural circuit to psychiatric symptom, is key. The work “corroborates that there are different neural signatures in ADHD,” says Friedman-Hill.

In the case of ADHD, the current approach to treatment may include stimulant-type medications and/or behavioral interventions designed to retrain the brain to improve attention or combat impulsivity. As with many psychiatric conditions, ADHD treatment is more or less a trial-and-error process to see what works best in a given individual.

Jennifer Pacheco, Ph.D., a scientific program officer at NIMH, explains: “If you are aware of a neural circuit or system that is the problem in one ADHD subtype, that might help you to target what type of additional training or intervention that particular child will need, whereas someone experiencing a different type of deficit might not benefit from that type of training at all.”

Research like the Stevens study–provided it is validated through replication–moves psychiatric science in the right direction. “It’s a very interesting contribution that opens a lot of doors for further investigation,” says longtime ADHD researcher Martha Denckla, emeritus professor at Johns Hopkins/Kennedy Krieger Institute and a member of the Dana Alliance for Brain Initiatives.

The Challenge for Psychiatry

While everyone agrees that understanding the underlying physiology is critical, doing so has been particularly challenging in the case of complex neuropsychiatric disorders such as ADHD.

“Part of what’s made ADHD and all psychiatric conditions so challenging is that there are a lot of different ways to get [to a particular diagnosis],” says Castellanos. “There are multiple components that likely contribute to the condition in different individuals, and the recipe for each person might include different amounts of each of these components—some may have none, some may have a lot. What we don’t know is the ingredient list.”

Depression is arguably the most relevant example of psychiatry’s slow march toward the medical model of disease. Back in the 1990’s, Dana Alliance member Helen Mayberg, M.D., a neurologist then at Emory University School of Medicine, and colleagues pioneered brain-imaging studies of people with treatment-resistant depression, eventually compiling a body of data that illuminates the brain circuitry of depression. The work was extended to look at how neural circuitry changed when depression was treated effectively, and has opened the door to novel therapies for severe depression, including the use of Deep Brain Stimulation directed at specific circuits. (Read a recent overview of this work here.) Depression is now accepted to be a brain-based condition that arises in different people through different pathways, and there are discrete subtypes of depression whose neural substrates can be identified with brain imaging.

The neurobiology of PTSD is similarly being teased apart with the aid of brain imaging combined with neuropsychological testing, providing a clearer picture than ever before of a “PTSD circuit” that involves the hippocampus, the amygdala, and specific regions of the prefrontal cortex. Recent studies have confirmed that this “neurocircuitry model” of PTSD involves differential activation of interconnected brain areas, including hyperactivation of the amygdala and hypoactivation of prefrontal cortex and hippocampus. (Read a recent overview of this work here.)

Other studies have helped elucidate how PTSD pathways change with effective treatment. An NIMH-funded study published last year, for example, found changes in neural activation in frontal cortex regions following successful psychotherapy for PTSD (prolonged exposure therapy), and the magnitude of change was greater in people who responded better to the treatment based on clinical testing. A separate study found that a therapy known as EMDR, for eye movement desensitization and reprocessing, was associated with altered connectivity in emotional-control neural circuitry linking frontal brain regions to the amygdala.

These kinds of approaches to psychiatric research point to the broader trend toward a circuit-based understanding of brain function and psychiatric disorders and begin to show how the therapeutic effects of various treatments for psychiatric disorders are grounded in biology. They also dovetail with a fairly recent movement within psychiatry to tease out the neurobiology of mental illnesses by looking at sets of symptoms that arise along a continuum of severity in a particular disorder or across disorders.

The NIH, through a 10-year-old program known as RDoC (for Research Domain Criteria), has invested heavily in funding research that looks beyond traditional categorization of disorders to identify clusters of symptoms that can be more clearly traced to aberrations in brain function. NIMH’s Pacheco and Friedman-Hill point to the Stevens work as an example of how the RDoC model has been successfully applied to understand a complex, one-size-doesn’t-fit-all neuropsychiatric disorder.

“RDoC asks researchers to look at mental health disorders in a new way,” says Pacheco. “To view things more dimensionally instead of just categorically, to look at behavioral characteristics across diagnoses, to try to at least embrace the heterogeneity that we know is there, and to identify people who are subclinical—not diagnosed but with some level of symptomology—in order to try to get at these mechanisms. What are the genetic components? What biological or physiological systems are playing a role in the symptoms we see?”

“The whole goal of RDoC is precision medicine for psychiatry,” says Seymour. “It seems that the most likely candidates to provide the best treatment are going to come from imaging the brain and looking at genes, molecules, and pathways.”