Back to Parent Page
HomeArticlesTracing the ‘Love’ Signal 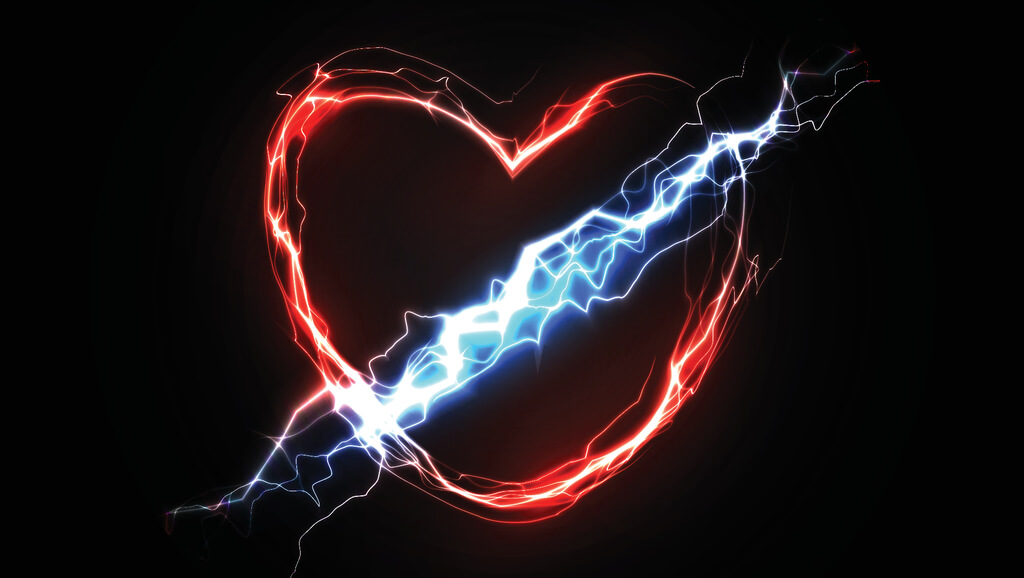 Tell me, where is fancy bred,
Or in the heart or in the head?
—Shakespeare, from “The Merchant of Venice”

Neuroscientists think they’ve had the answer to Shakespeare’s question for some time now, in a heady process involving reward circuitry and a team of interactive molecules. Research published recently in Nature provides a clue as to just where in the brain the sweet mystery begins.

The study involved hamster-like prairie voles, one of the few mammals (less than 5 percent) that, like humans, form lasting bonds with their mates. “I don’t think prairie voles experience love as we do, but the formation of their pair bonds involves the same neurochemicals and brain areas,” says senior author Larry Young, professor of psychiatry and behavioral sciences and director of the Center for Translational Social Neuroscience at Emory University. As with humans, sexual activity strengthens the bond, and the animals express attachment by “huddling,” lying side by side in close contact. An earlier study in Young’s lab found that male voles who lose their partners demonstrate depressive-like behavior.

In the Nature study, Young and his colleagues tracked activity in a circuit of the female vole brain by which the prefrontal cortex (PFC)—the region involved in judgment and decision making—stimulates the nucleus accumbens (NAcc), a structure at the heart of the reward system. When voles were placed in the same cage and allowed to mate, signals in this circuit increased substantially.

How long it took for huddling to indicate that a bond had formed was predicted by the strength of the PFC-NAcc connection in the female brain, both before and after mating. Even at baseline, when the female had yet to make the acquaintance of a male, the stronger this intra-brain communication, the more rapid the subsequent bonding.

Exploring further, researchers used optogenetics to activate this circuit while a female vole was put nearby a male but without the opportunity to mate. Afterward, the female showed a preference for that male when placed in a cage with several to choose from. “We could induce partner preference, induce bonding, without sex, by manipulating that neural circuitry,” he says.

“This paper is one of the first showing how direct connection between the PFC and NAcc mediates partner preference,” says Rene Hurlemann, professor of psychiatry at University of Bonn. “It’s just an amazing finding.”

“Reward circuitry alone does not orchestrate behavior,” he says. “With this connection, you get an immediate link to higher areas relevant for decision-making. Partner preference is based on a rudimentary decision, which is modulated by the link to underlying reward circuitry—a reciprocal interaction. This hadn’t been shown before,” Hurlemann says. “This is new.”

“What I really like about this paper is that it is trying to understand this interesting social behavior using modern neuroscience methods,” says Robert Froemke, of the Center for Neural Science, New York University. “A lot is known about the behavior of these animals, but not much about brain activity…Getting into the brain and understanding the activity of neural circuits is one of its achievements.”

A perhaps generalizable implication, Froemke says, is “the transient nature of the neurobiological signature. Timing is important: to understand how brain activity relates to behavior, it’s not just important to know where to look, but when to look.”

The work reported in the Nature paper exemplifies a general trend in love and attachment research, says Hurlemann. “In the beginning the field was much interested in neurochemicals involved in monogamous pair bonding. Now it’s going on to other questions:  What neural circuits are involved? What connections in the brain mediate pair bonds?”

“We’re getting to a point where we can manipulate behavior by optogenetics and prove a hypothesis (the involvement of the reward system in bond formation and maintenance) that was generated quite a while ago,” he says.

Appreciation of the circuitry that underlies bonding does not overshadow the importance of neurochemistry, but complements it. Hurlemann’s own work has focused on such cellular events, much of it involving oxytocin, a key compound in bonding that is also associated with various other forms of social behavior, including trust and empathy. The wealth of findings in this area have led to simplistic identifications of oxytocin as “the love hormone” and “the trust hormone.”

The actual picture, Hurlemann emphasizes, is far more nuanced. “We should not misunderstand oxytocin as the one and only player in the system; it’s just one of several that interact to mediate such behavior.” The most important of these is dopamine, a neurotransmitter central to reward. “But oxytocin also interacts with serotonin,” which might illuminate the connection between the loss of important relationships and mental disorders, particularly depression, he says.

Rather than specifically promoting such phenomena as love or empathy or trust, oxytocin’s effect might be better understood in general terms of “helping the brain process social information, heightening attention to such information and helping flow it to reward areas,” says Young.

One of his studies found that administration of the peptide to a man, through a nasal spray that brings it directly to the brain, increased the attractiveness of his partner’s face, and activity in his reward center, but the spray had no effect on his response to the face of an (objectively rated) equally attractive stranger.

In a 2017 study, Hurlemann and his colleagues found that administering oxytocin made a stroking touch more pleasurable when supposedly the partner’s, but not when the identical touch was labeled that of a stranger.

Far from being a neurohormonal love potion, oxytocin might under certain circumstances discourage connection with potential partners. In another study, as an attractive woman approached a man, he designated what distance seemed comfortable. For men in a romantic relationship, oxytocin increased the distance. “This seems to be a mechanism to keep people in a long-standing relationship away from others,” Hurlemann says.

Increasingly, neurochemistry and connectivity research are coming together. “There’s nothing specially related to trust or love intrinsic in oxytocin, but it can be a powerful amplifier or suppressor of different brain activities,” says Froemke. “The story is not really in the molecule per se, but in brain circuits that release and receive oxytocin’s message.”

One of Young’s recent studies indicated that concentrations of oxytocin receptors in key brain areas, including the NAcc, vary among individuals, apparently determined by a gene polymorphism. “The next step is to see if different levels of receptors predict the level of connectivity and control between areas,” says Young. “I think it has something to do with how strongly the PFC can control the NAcc.”

The Power of Love

Why study love, anyway? “While love is interesting, what we’re really trying to figure out is basically how we form relationships and how they become rewarding,” Young says.

“We’re not trying to make people fall in love—we’re using vole bonding as a tool to understand the basic neural circuitry of social relationship and attachment, so we can treat disorders like autism and schizophrenia, where people have a difficult time forming any kind of relationship.”

Ruth Feldman, professor of psychology and neuroscience at Bar-Ilan University, Israel, sees an even wider significance in this research: “Understanding the neurobiology of love can initiate a dialogue with the arts and humanities.”

Synthetic thinking, broad-mindedness encompassing these different viewpoints in a coherent whole, largely disappeared after the Renaissance, she says. “It is not encouraged in young scientists nowadays, who are led to focus on and become experts in very specific areas.”

“I think this is what’s offered by the neurobiology of love, attachment, and human connectedness: You can’t study it in isolation, apart from being human,” she says. “It’s a better framework than, say, the neuroscience of binocular perception, for the integration of perspectives.

“To really understand what love is, neuroscience is a new, a very important player that gives you a nice new angle on the topic,” Feldman says. “But it’s not enough—it’s just one instrument in the orchestra.”