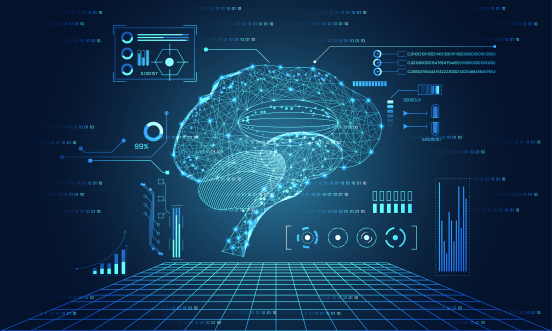 This was the premise of a public symposium at New York Academy of Sciences, presented by the Aspen Brain Institute, the Hastings Center, and the Academy.

While the prospect demands sound scientific policy, its associated moral, social, and political issues require a broader base of expertise. The symposium accordingly brought together a genetics researcher, a futurist and author, and experts on bioethics and artificial intelligence to explore the promise and perils of human enhancement.

“All the technologies we need to fundamentally transform our species already exist,” said futurist and sci-fi novelist Jamie Metzl. “With the mapping of the genome, we could read the code of life; with gene editing technology, we can write it.”

Genomic advances are making reproductive technology transformative, he said. With preimplantation embryo screening, parents can select, among a dozen IVF embryos, one free of certain genetic diseases and with preferred eye color and gender. As personal genotyping spreads, accumulating data will clarify genetic patterns underlying personality, intelligence, physical prowess, appearance, and other traits to give parents a broader spectrum of options.

At the same time, induced pluripotent stem cell technology will give them thousands of fertilized eggs to choose from. “Over time,” Metzl predicted, “we will change not just how we make babies, but the nature of the babies we make.”

The human brain is, understandably, an irresistible target for enhancement. Meredith Whittaker, co-founder of the AI Now Institute at NYU and founder of the Google Open Research group, described innovations already in progress. “Facebook has a team of 60 engineers working to build a brain-computer interface that promises to let you type with your mind… a digital assistant that can literally listen to your thoughts anytime, anywhere.

” Microsoft filed for a patent six months ago for a headband enabling users to change computer applications with neurological data, she said.

And Elon Musk, never far behind the curve, has started up Neuralink, to develop “a syringe-injectable mesh meant to embed itself in the brain to link humans with computers—a direct lag-free interface with external devices.”

Amid the red-meat talk of mind control and accelerated evolution, Harvard genetics professor George Church brought the notion of enhancement down to earth. “We accept radical enhancements without recognizing them,” he said. “We draw too much distinction between DNA inheritance and cultural inheritance” such as technological advances. “If I want to engineer sperm cells, it will take 20 years to debug, then another 20 years to go viral. Cultural evolution spreads so much faster and is so much less expensive.”

Josephine Johnston, director of research at the Hastings Center, drew on her experience as a parent to domesticate the subject further. When her 3-month-old daughter received multiple vaccinations, “in a few minutes she acquired immunity to six diseases that her grandparents didn’t have,” Johnston said. “We’re all enhanced in this way, and most want this enhancement.”

Ethical, social, and political issues had as prominent a place at the symposium table as technology, and generated more unease. “What people are actually concerned about, I think, is inequitable distribution” of enhancements, Church said.

To avoid “a new state of haves and have-nots” tomorrow, Johnston said, “we need to address issues of hunger, poverty, and discrimination today.”

She warned of “liberal eugenics.” “Norms may not be forced on people, but the pressure to conform so strong as to make it impossible to say no… A poor person might choose to alter a child’s genes to ensure access to college, and a black mother to alter her son’s color to spare him discrimination,” Johnston said.

Whittaker had a broader take. “We need to think of power as well as technology,” she said. Artificial intelligence, which finds patterns in large quantities of genomic and neural data, drives many enhancement techniques, and “only seven giant companies have the means to create AI at scale. They have vast computational power, they can afford to pay LeBron James salaries to the tech superstars who prepare AI algorithms. And they have massive, massive amounts of data.”

Captains of the AI industry, Whittaker went on, are “mostly white, men, affluent, and live in the Bay Area. They’re well intentioned, but their worldview is encoded in the technology they create.” By drawing data from the contemporary world, AI risks “perpetuating and amplifying systemic inequality and discrimination under cover of flashy, infallible innovation.”

The prospect of brain-computer interface technology should make us “seriously consider the risk of a future in which a handful of companies, whose incentives may or may not align with ours, own and monetize maps of our thoughts, psyches and selves,” she said.

“We can only imagine the potential harm were the next Cambridge Analytica to gain access to the intimate neural data of millions of Americans.”

In the discussion that concluded the symposium, panelists agreed that neither utopia nor apocalypse is imminent, and the breakthrough emergence of a radically transformed “post-” or “trans-” human unlikely.

The idea of such a quantum leap is spurious, said Metzl. “Technology will provide incremental benefits, just as it has in the past.”